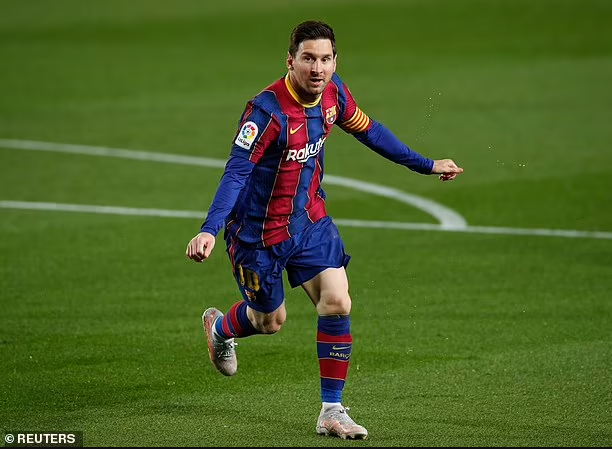 Lionel Messi has reportedly agreed to a fresh two-year contract to stay at Barcelona.

The 33-year-old’s future at the Catalan giants had been in doubt, with his current deal expiring at the end of this month.

But according to Spanish outlet Cadena Cope, the Argentine playmaker has accepted the club’s financial package as well as the payment structure that they have proposed as part of the deal.

The outlet adds that finer details still need to be ironed out, but the expectation remains that Messi will extend his 17-year career as part of the Barcelona first team, in which he has won 34 trophies.

It would be a remarkable turnaround after Messi stunned the club nearly 12 months ago when he submitting a transfer request following their 8-2 Champions League humiliation by Bayern Munich.

This comes days after his compatriot and close friend Sergio Aguero, who was unveiled as a Barcelona player on Monday, having also agreed a two-year deal once his contract at Manchester City expires at the end of the month.

‘We hope to play together, of course,’ Aguero said when asked if his arrival was an indicator that Messi had decided to stay at the club.

“Why would you go back to your vomit?”-Daddy Freeze reacts to...