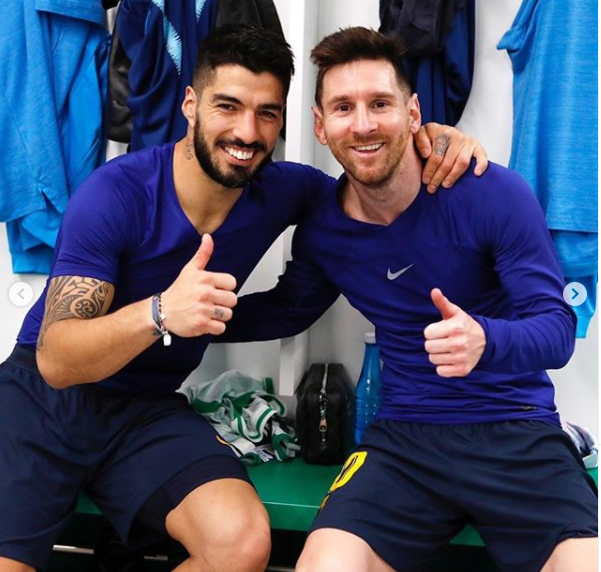 Lionel Messi has launched a fresh attack on Barcelona’s hierarchy for the way the club treated his close friend Luis Suárez after the striker left for rival club, Atlético Madrid.

The Argentine playmaker, who threatened to leave Barça last month and recently hit out at the club’s president Josep Maria Bartomeu’s leadership, said Suárez was harshly treated and ‘thrown out’ of the club.

In an emotional goodbye post dedicated to Suarez, the club’s third-highest scorer of all time, Messi wrote: “I had already begun to imagine it but today I went into the dressing room and it truly dawned on me. It’s going to be so difficult to not continue to share every day with you both on the pitches and away from them.

“We’re going to miss you so much. We spent many years together, many mates, many lunches and many dinners. So many things we will never forget, all the time we spent together.

“It will be strange to see you in another shirt and much more to come up against you on the pitch. You deserved a farewell that fit with who you are: one of the most important players in the history of the club. Someone who achieved great things for the team and on an individual level.

“You did not deserve for them to throw you out like they did. But the truth is that at this stage nothing surprises me anymore.”

On Thursday, an emotional Suarez said his goodbye to Barcelona and paid tribute to Messi after sealing a switch to Atletico Madrid. The Uruguay international had previously made it clear that he wanted to stay and see out his contract but was told by Barca’s new coach Ronald Koeman that his playing days were over at the club.

Suarez helped the club win four LaLiga titles, four Copa del Rey crowns, and the Champions League in 2015. He scored 195 goals and provided 113 assists in 283 outings for the club before his exit.