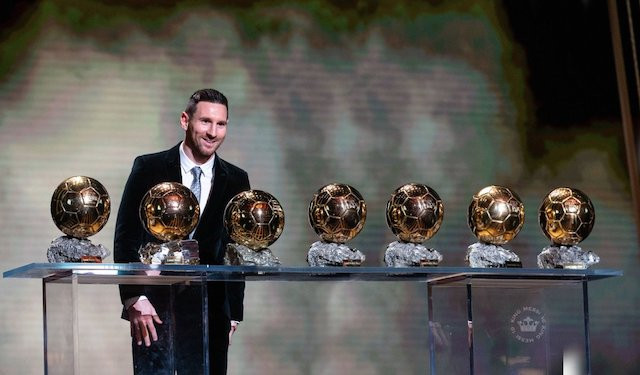 Lionel Messi has won the men’s Ballon d’Or for a record seventh time.

The Argentine superstar, who left Barcelona as a free agent to sign for Paris Saint-Germain in the summer, was presented with the award for best men’s footballer in the world on Monday night in Paris.

Back in July, the 34-year-old ended his long wait for a major international trophy by winning the Copa America with Argentina as they beat hosts Brazil in the final.

Bayern Munich striker Robert Lewandowski, who was the favourite to win the 2020 edition of the Ballon d’Or, came second in the vote.

Lewandowski has scored 73 goals in just 60 games for Bayern Munich since the start of last season, and won FIFA’s and UEFA’s men’s player of the year awards in 2020.

Chelsea midfielder, Jorginho finished third in the 2021 Ballon d’Or rankings.  The 29-year-old had a phenomenal 2021, after winning the Champions League and European Championships for club and country in the space of two months.

Jorginho went on to win the UEFA Men’s Player of the Year award following Chelsea’s glory in Europe and in Porto back in May.