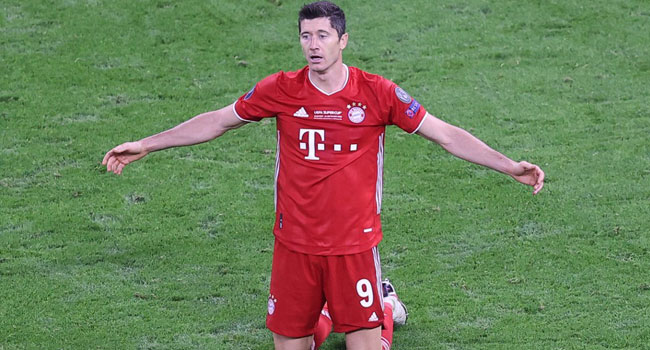 Robert Lewandowski was named UEFA Men’s Player of the Year on Thursday following a superb season in which he won the treble with Bayern Munich.

Lewandowski was at UEFA headquarters in Nyon in Switzerland to receive the award at the draw for the Champions League group stage, just weeks after Bayern won the 2019/20 edition of the competition.

The Poland striker scored 55 goals in 47 games as Bayern also won the Bundesliga and German Cup. He was the top scorer in the Champions League with 15 goals.