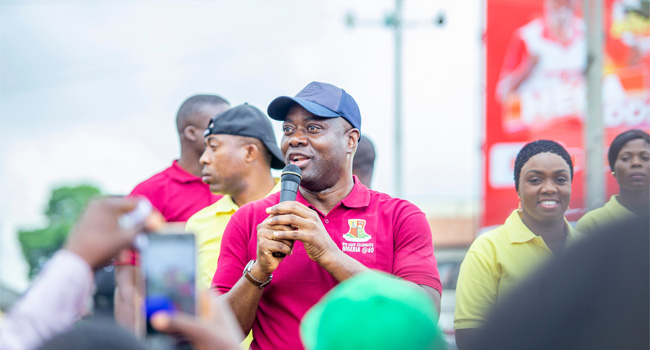 Oyo State Governor Seyi Makinde has called on Nigerians to continue to give democracy a chance even as the state celebrates the nation’s 60th Independence anniversary.

The governor said this on Thursday after leading a walk organised by the state in celebration of Nigeria’s Independence.

Themed “Independence Day Walk: A Focus on the Future,” Makinde said it is important for Nigerians to give democracy a chance and focus on the future.

“As we celebrate #NigeriaAt60, let us continue to give democracy a chance. May we never think of allowing the affliction of military rule to rise again. May we never forget that even the worst democratic government is better than the best dictatorship.

“We choose to focus on the future because if a person’s past is not filled with happy memories, he has the choice to create happier moments in the future,” the governor tweeted on his official Twitter handle.

Independence Day Walk: A Focus on the Future.
We choose to focus on the future because if a person’s past is not filled with happy memories, he has the choice to create happier moments in the future. #NigeriaAt60 pic.twitter.com/6aHUFh4pbv

The governor added that despite the challenges confronting the country it has got some things right in its 60 years of existence.

Makinde while addressing members of his cabinet at the Government House at the Arcade in Agodi, Ibadan, Oyo State capital said Nigerians should focus on the things the country has done right while exerting efforts to right the wrongs.

He said the notion that nothing is good about Nigeria should be disregarded to play up the latent strength to make Nigeria stronger.