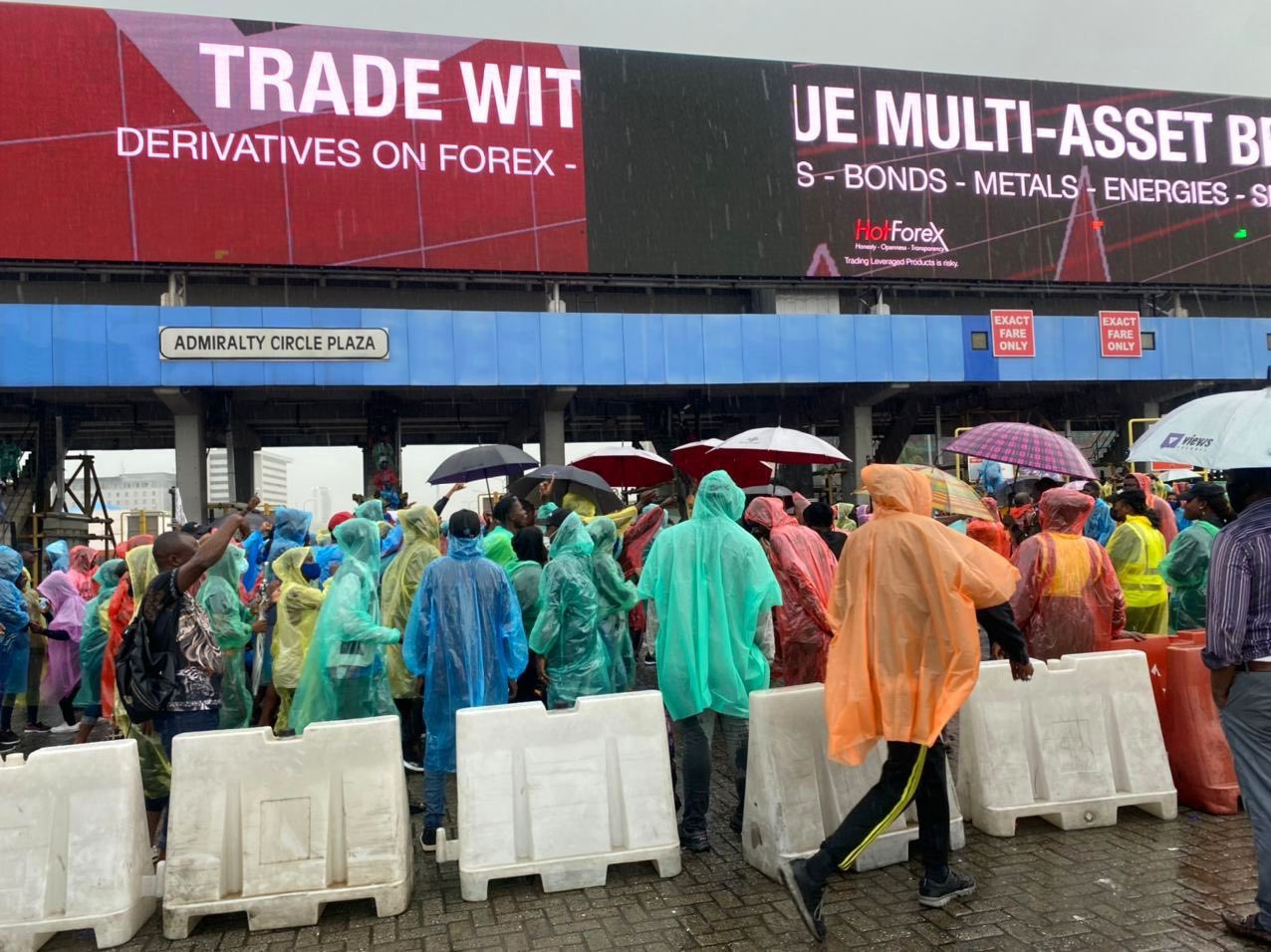 Lekki residents defied the early morning downpour in Lagos today October 14 and have continued the #EndSARS protest. They wore their raincoats, boots and held their umbrellas as they continued the protest for an end to police brutality and a total reform of the Nigerian police.

They laid siege on the toll gate along the Lekki-Epe Expressway, causing vehicular traffic along the expressway.

See photos and videos below 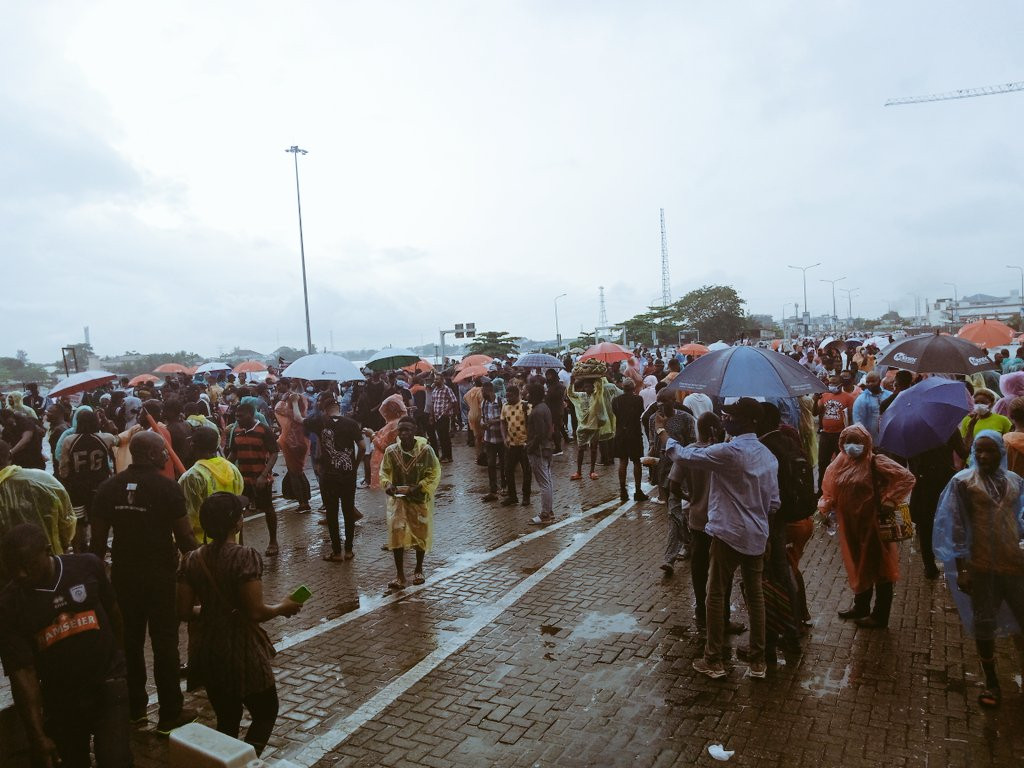 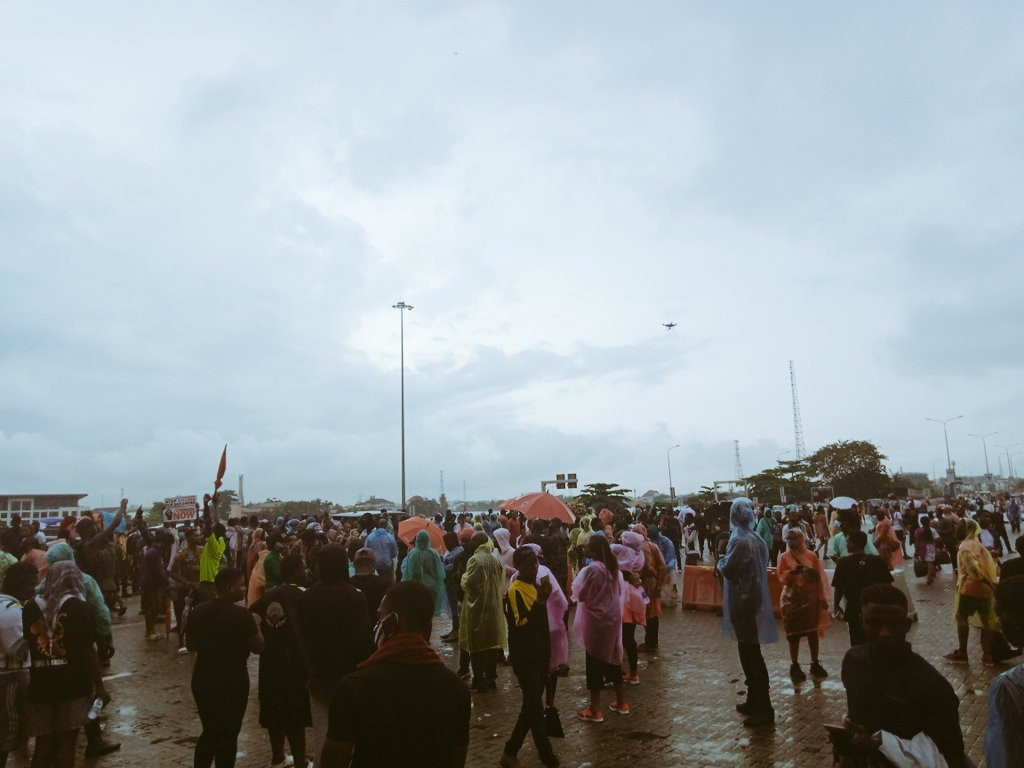 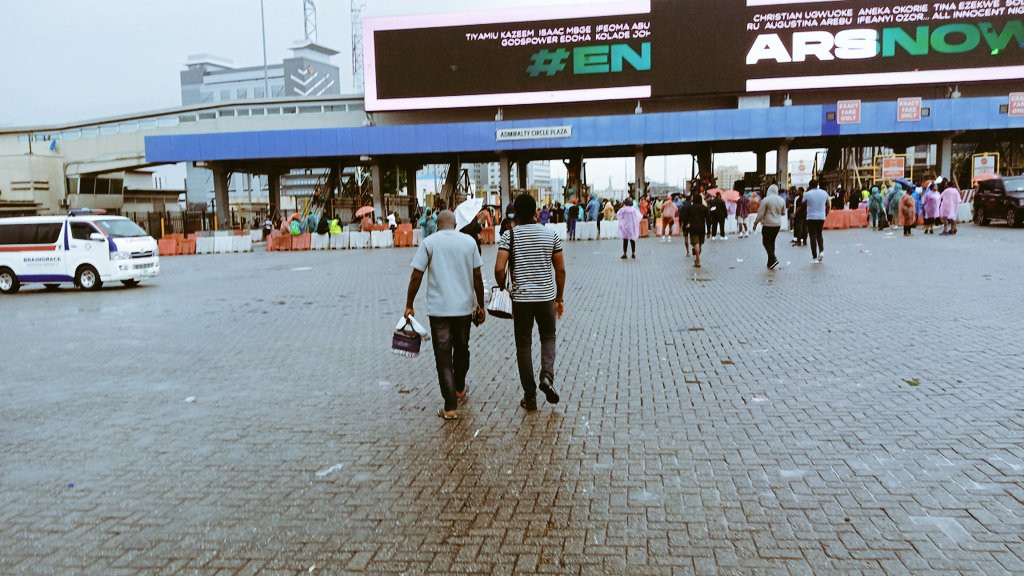 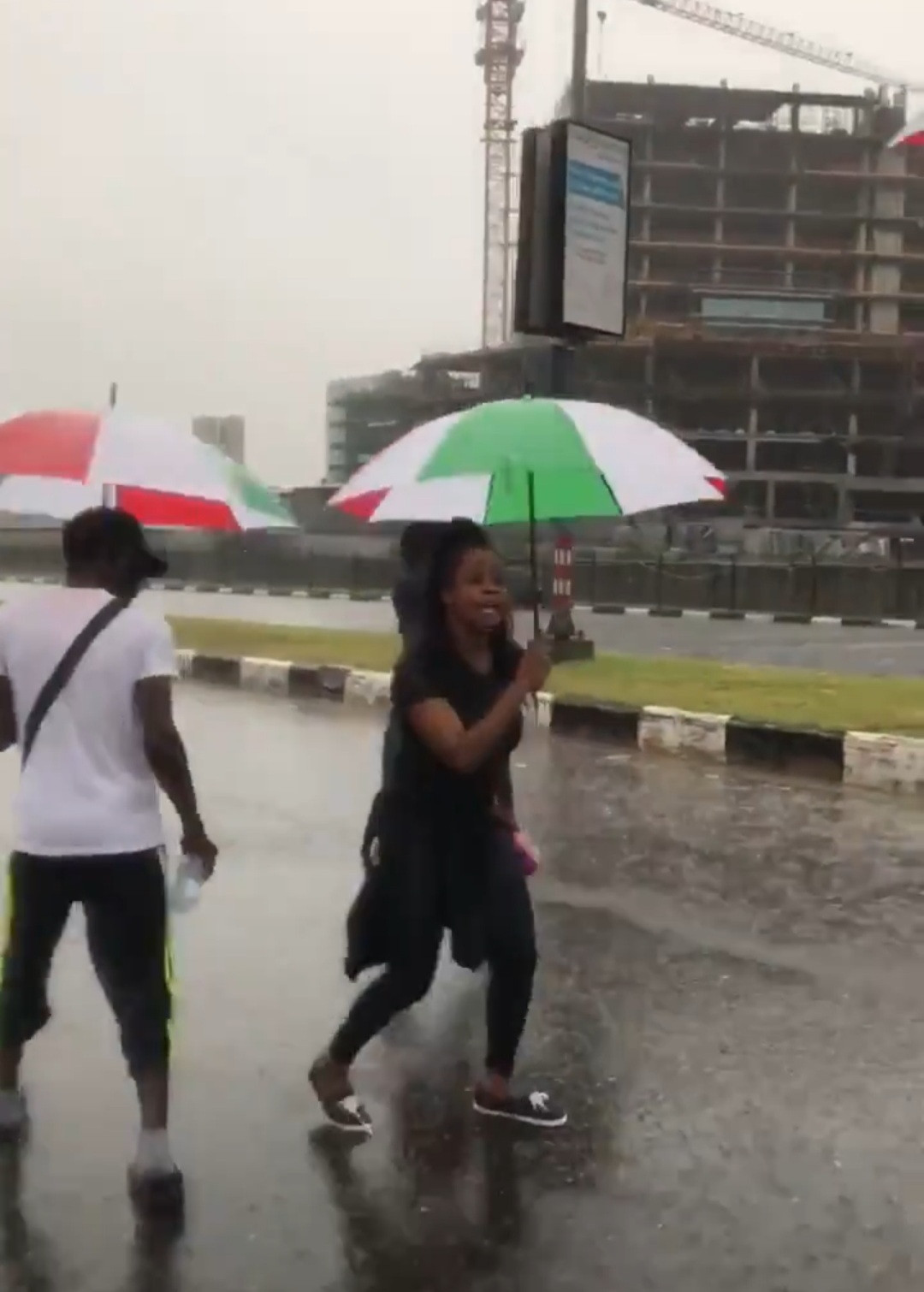 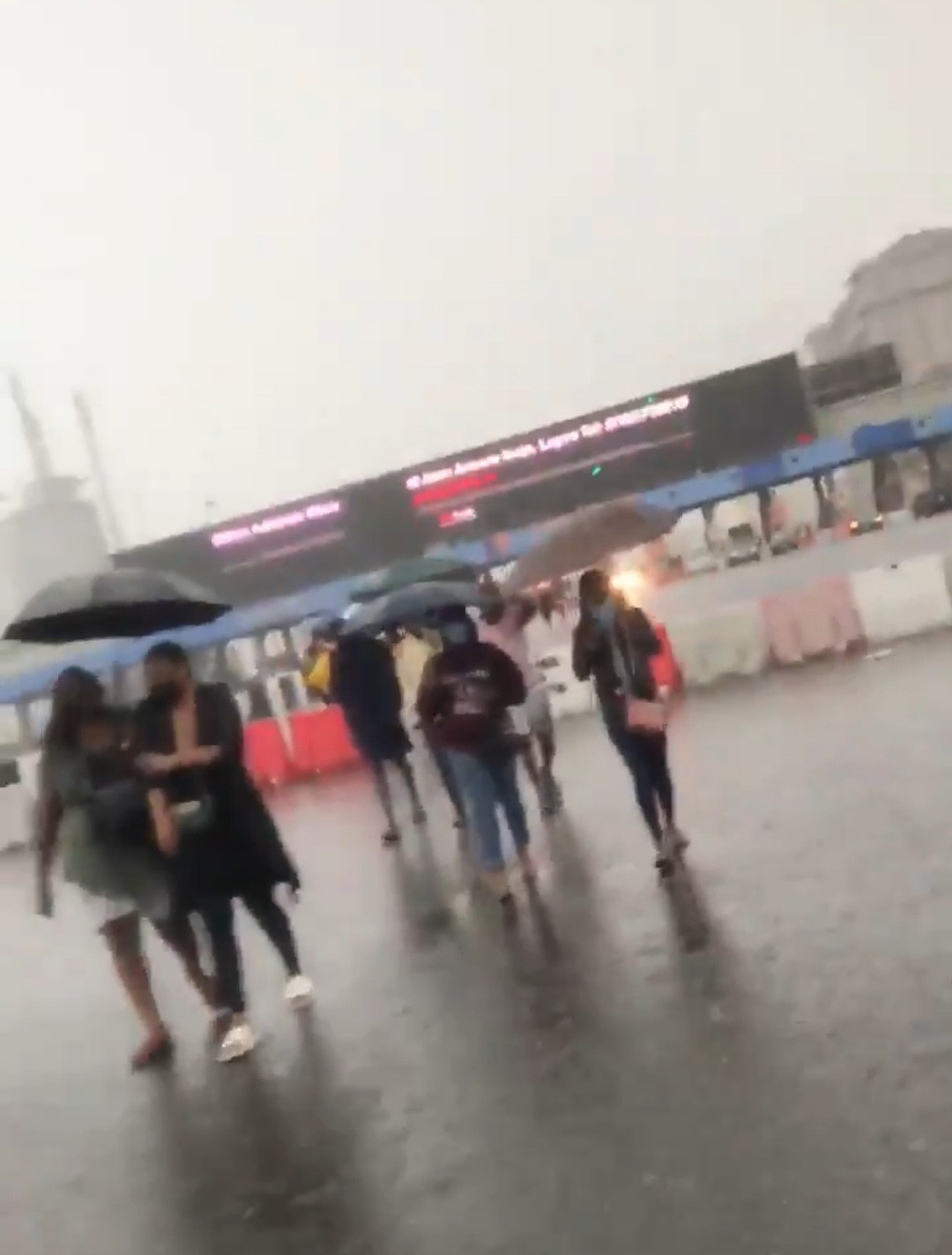 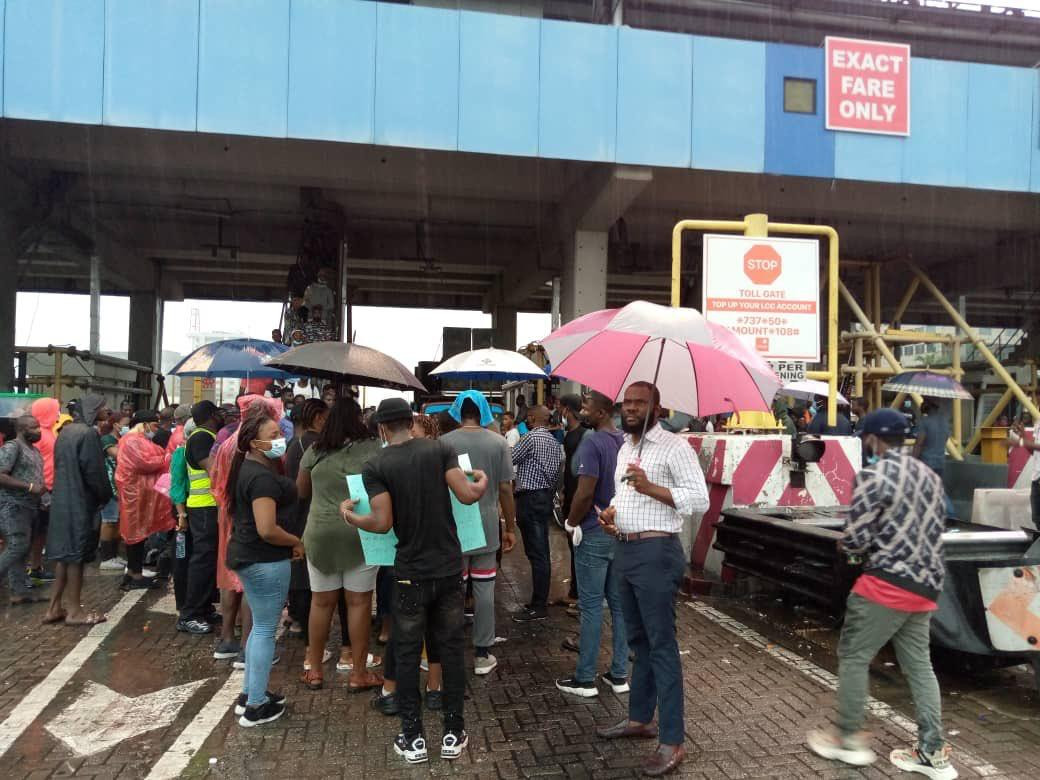