A document has revealed that President Muhammadu Buhari’s aide on social media, Lauretta Onochie is still a card-carrying member of the All Progressives Congress, APC, and equally participating actively in party politics.

Senator Kabir Gaya led Senate Committee on the Independent National Electoral Commission (INEC) on Thursday screened Onochie in consideration of her appointment as Commissioner of INEC.

The screening, however, turned dramatic as it went stormy, dividing the panel on her membership of the ruling All Progressives (APC), suspecting that she may become partisan in a job she is expected to be independent and neutral.

The 62-year-old female politician claimed she schooled at the University of Calabar and the United Kingdom, having migrated there at a time.

Onochie who was the last to be screened among the six nominees acknowledged that there were many petitions against her, but said she had experience from her former place of work in the UK where she learnt to be liberal and non-partisan.

Senate told not to confirm Lauretta Onochie as INEC commissioner

But the panel raised concerns on the numerous petitions by political parties, Civil Society Organizations and individuals against her, wondering how she would dust herself of being partisan, given also that she is actively involved in partisan politics.

In her response, Onochie disclosed that she was invited from the United Kingdom in 2014 to join the APC and to work for President Muhammadu Buhari.

She also added that since the second election in 2019 that brought President Muhammadu Buhari into office, she resigned as a member of the ruling All Progressives Congress and also left active politics.

She said: “Distinguished members of the Committee, I am aware of the numerous petitions against me particularly on the current INEC Commissioner. The woman is from Delta State where I also come from, but she is married to a Cross River man and she is representing Cross River and not Delta.

“Since 2019 elections, I have removed myself from active politics and even in the ongoing APC membership drive, I didn’t register and currently, I am not a member of any political party,” she maintained.

But checks by Newspot from the affidavit she sworn on June 30, 2021, at the FCT High Court, Abuja, she clearly indicated that she remains a member of the APC and was an active participant in a United Kingdom election where she also contested. She equally disclosed her membership of President Muhammadu Buhari’s support organization.

Part of the affidavit read: “That I am an educationist having served as Headmistress of Auntie Margaret International School, Calabar. I have also served as a lecturer at the Epping Forest College, Essex, United Kingdom.

“That I am also engaged in active politics and a member of the Neighborhood Watch and has also contested the Local Government elections under the Conservative party in the United Kingdom.

“I am also a member of the ruling All Progressives Congress and a volunteer at Buhari Support Organization.”

Earlier, she had denied being a member of any political party while responding to Senator Instifanus Gyang’s request for her to speak to the affidavit she personally submitted to the panel while she was preparing to attend the screening.

After her explanation, the Committee became uncomfortable, and when Senator Gyang prodded further, Senator Lawal Gumau who sat next to the Committee Chairman, interjected after he was whispered to by the Chairman.

A sharp disagreement was noticed between PDP Senators and those of the APC.

Senator Seriake Dickson and former governor of Bayelsa State also expressed concern, saying he would have supported the nomination as Onochie comes from Niger Delta, but her membership of the APC was against the position of the constitution, hence a major issue. 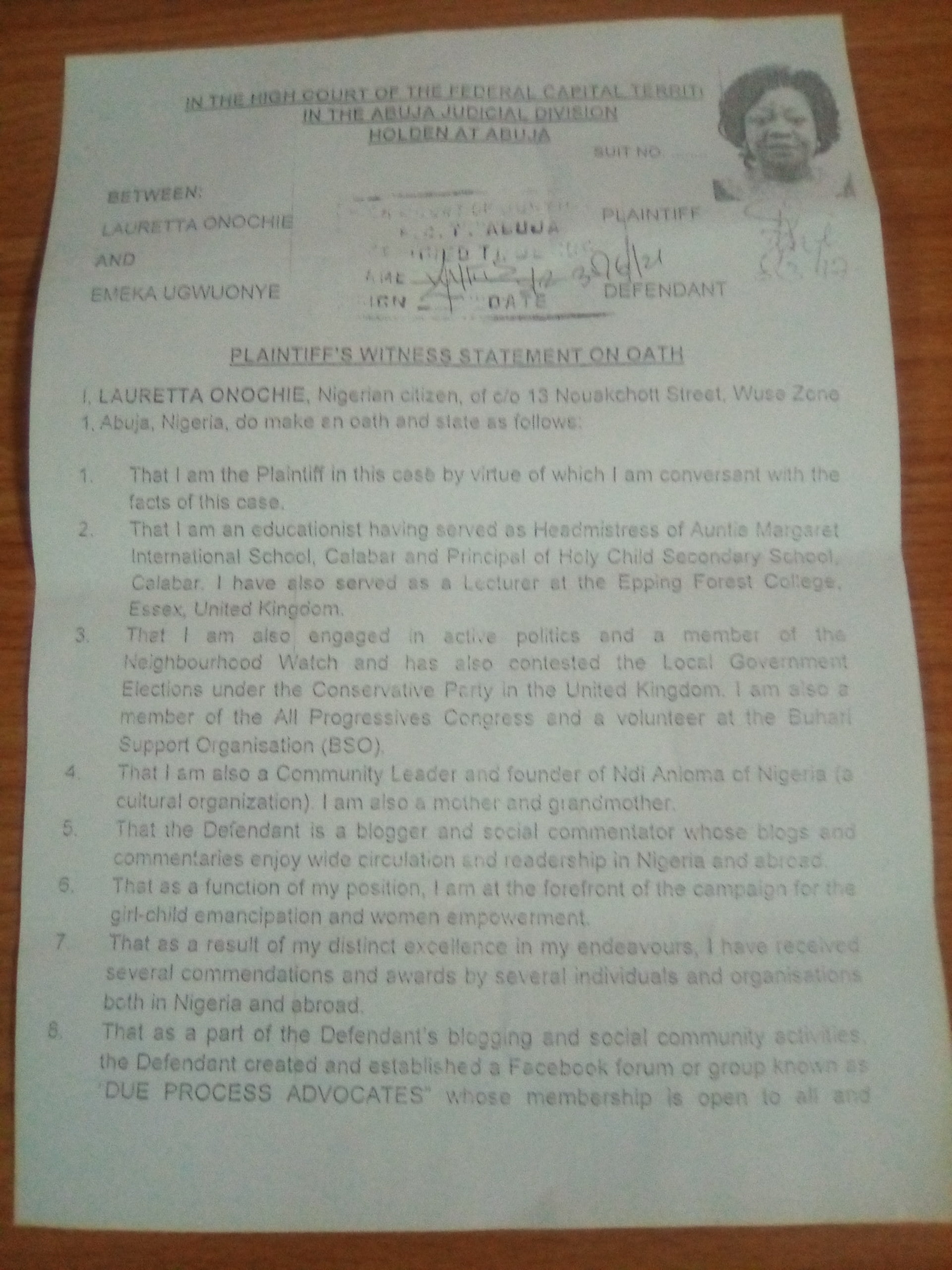