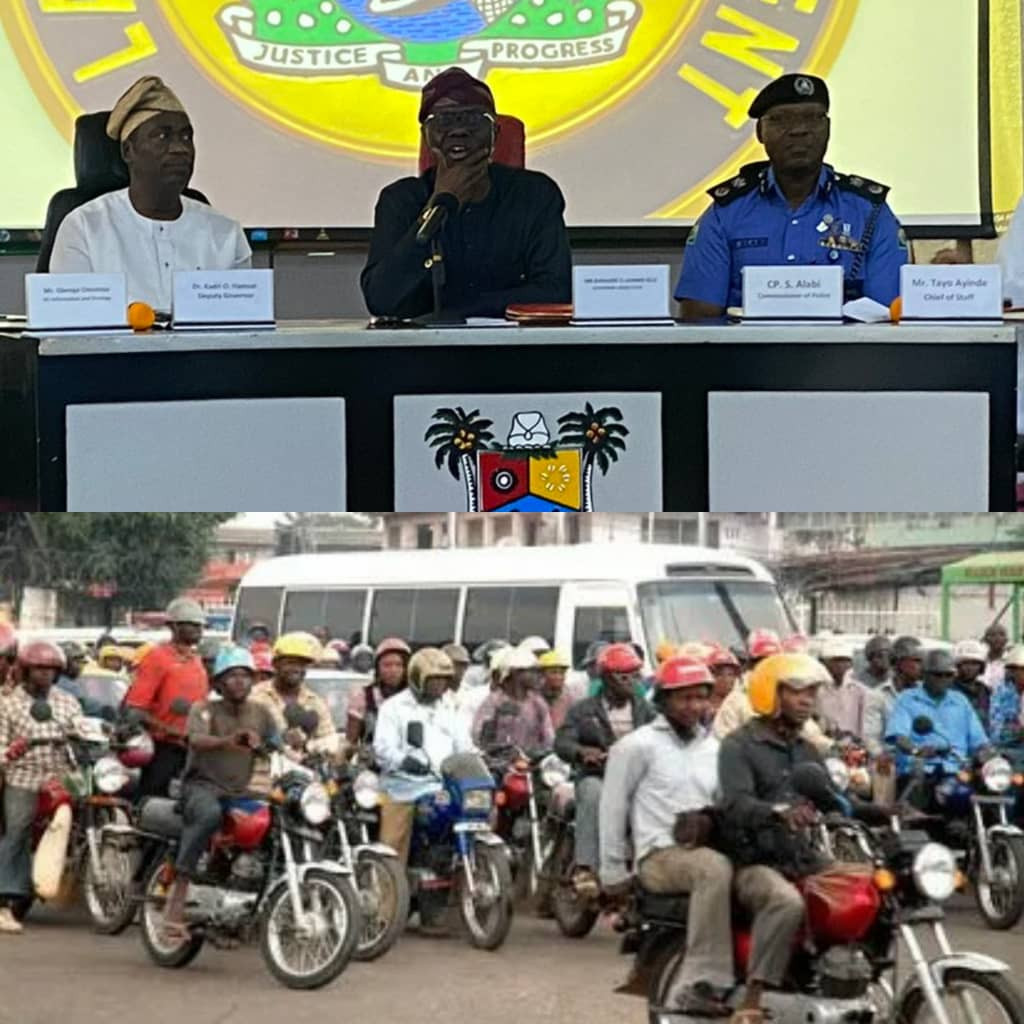 The Lagos state government has placed a total ban on the operations of commercial motorcyclists aka Okada riders in six local government areas in the state.

At a meeting with the state Commissioner of Police, Abiodun Alabi, DPOs, and Area Commanders today May 18, Governor Sanwo-Olu stated that the total ban will take effect June 1 in the following local government areas – Ikeja, Surulere, Eti-Osa, Lagos Mainland, Apapa, and Lagos Island.

He said local government areas that fail to abide by the ban will be punished.

This order comes days after a mob killed a sound engineer, David Imoh, who allegedly came out to settle a dispute between an Okada Rider and his two colleagues over N100 change in Lekki Phase 1.

Listen to the Governor announcing the total ban below…