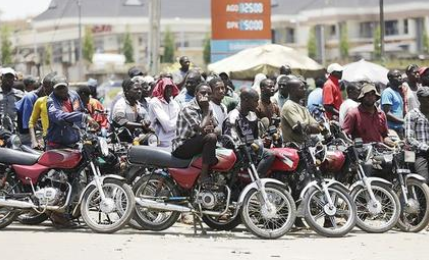 Men of the Lagos state police command have arrested the alleged killer of the Chairman of the Ojodu-Berger Okada Riders Association, Alaba Williams.

Alaba was stabbed to death at Kosoko bus stop in the Ojodu-Berger area of Lagos State over the collection of levies last Sunday, May 8. He was said to have gotten into a dispute with one of his colleagues over the payment of money for a ticket after a passenger was dropped at the bus stop. The argument degenerated into a fight which saw the colleague allegedly stabbing him in the neck

The deceased was rushed to the hospital where he was confirmed a dead-on-arrival case.

Confirming the arrest of the alleged killer to newsmen, the spokesperson of the state police command, SP Benjamin Hundeyin, said investigation into the case has commenced immediately.