A community manager, Josh Olin, has taken to Twitter to reveal what his ex-girlfriend did after she rejected his marriage proposal. 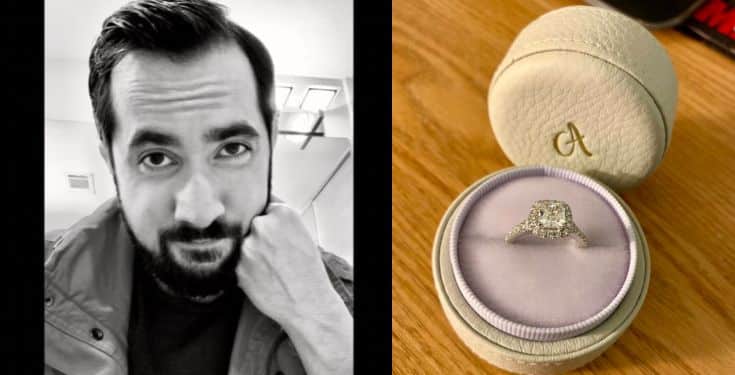 Josh who shared photos of the $10k (N3,874,744.63) ring he proposed to her with, said after she declined the proposal and ended the relationship, that she asked for the ring, saying she felt she earned it.

According to Josh, he finds it pretty callous to ask for the ring and dump the man who bought it.

“Credit to my ex. She declines my marriage proposal, ending the relationship and shattering my heart into a million pieces 💔

And you wonder why a guy might lose faith 🤦🏻‍♂️🤷🏻‍♂️

I took an L, and moved on. While the interaction went exactly like that, it would be an oversimplification of the full relationship. I made my fair share of mistakes too, and wish her well.

But yeah, I found it pretty callous to ask for the ring and toss the man who made it 🤷🏻‍♂️” 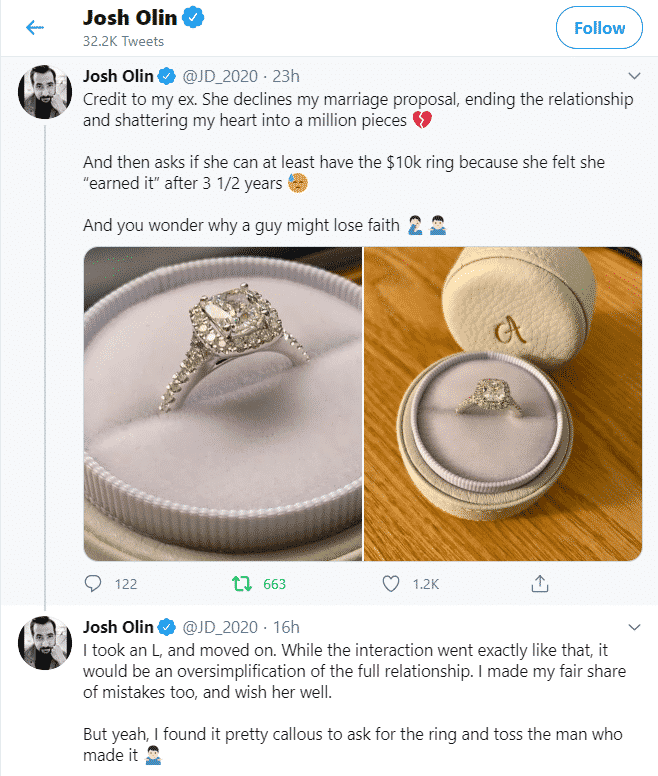 We Won’t Allow Anyone Cause Ethnic Crisis In Oyo – Makinde...