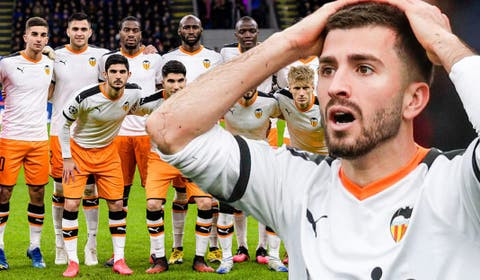 La Liga side, Valencia have reportedly put their entire squad up for sale in a bid to raise money as the Coronavirus pandemic has devastated the club’s finances.

According to Spanish newspaper, Marca, Valencia have been hit hard and need to “make some cash” and sell players on “big salaries”.

New boss Javi Gracia, who was appointed at the end of July, has reportedly been told that any of his players could be sold.

The former Watford coach is expected to only keep potential captain Jose Gaya, who is also linked with a move to Barcelona.