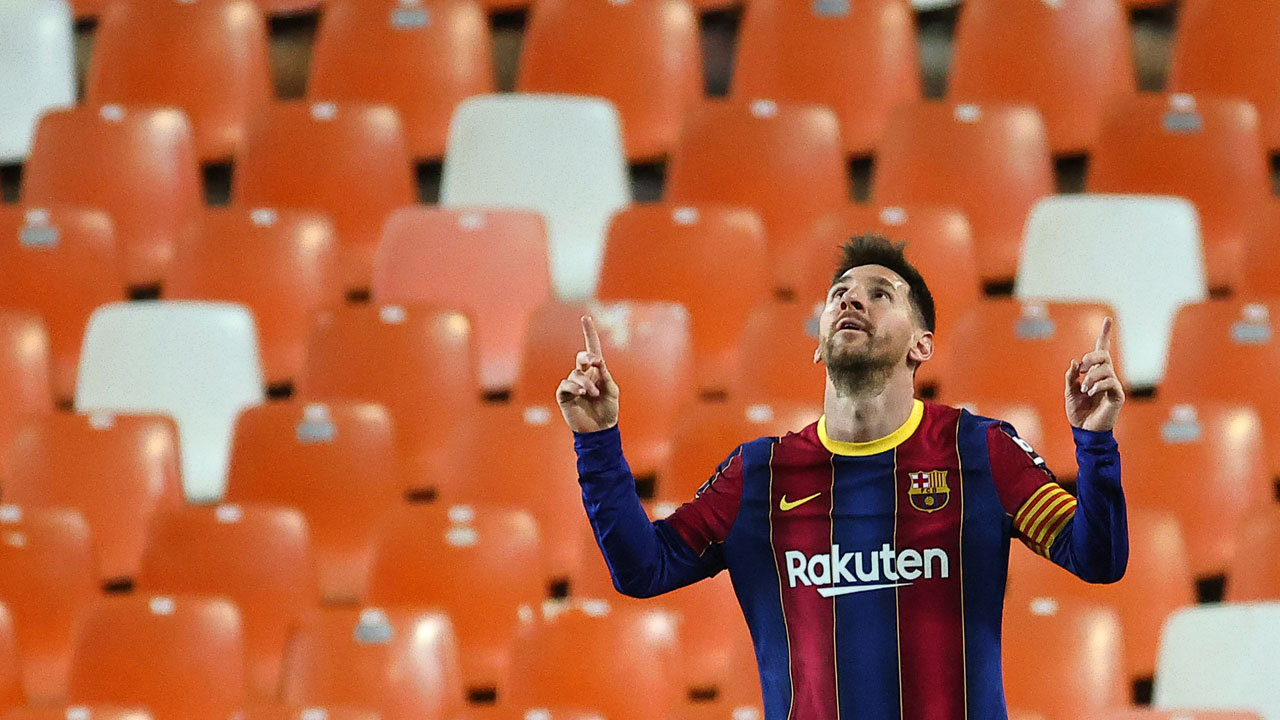 Barcelona’s Argentinian forward Lionel Messi celebrates scoring his second goal during the Spanish League football match between Valencia and Barcelona at the Mestalla stadium in Valencia on May 2, 2021. (Photo by JOSE JORDAN / AFP)

Monday’s meal brought together Barca players, some accompanied by their partners, at the Argentinian star’s house, despite social distancing rules in the Catalonian capital outlawing groups of more than six to meet in private.

The party may constitute “a possible breach of Covid-19 protocols”, the source suggested.

The purpose of the get-together according to local media was to give the team a morale boost ahead of the season run-in, with Messi’s double in Sunday’s 3-2 win over Valencia leaving them two points adrift of Atletico Madrid with four games to play, and to celebrate last month’s Copa del Rey triumph.

Images carried in various media showed players like Sergi Roberto and the teenager Pedri leaving Messi’s house. In a video chants of ‘champions, champions’ could be heard.

“The public health agency will study this case and decide whether to take it any further,” Pere Aragones, vice-president of the regional Catalan government, said on Tuesday.

He added: “We call on everyone to respect the (social distancing) measures and urge those in the public gaze to be extra attentive as they can lead by way of example.”