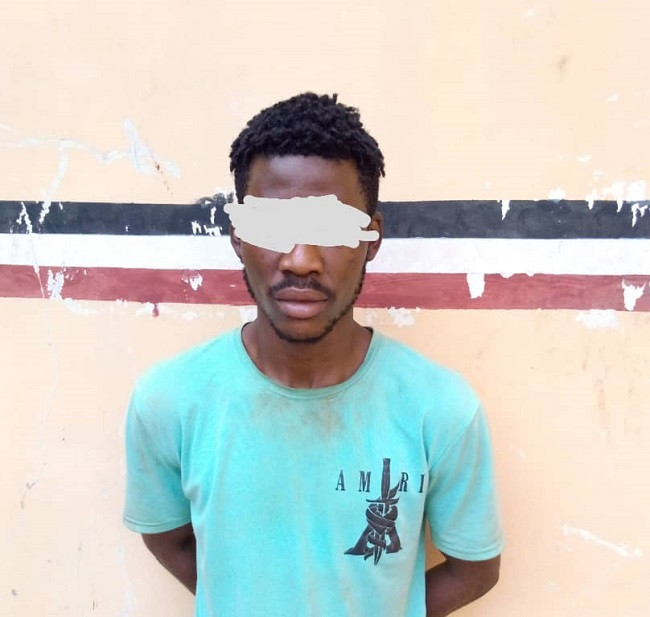 A 21-year-old student of the Kwara State Polytechnic, Ilorin, Taoheed Garba, has been arrested for allegedly stealing his girlfriend’s money and gold chain.

The suspect was arrested on Wednesday, May 11, 2022, by the Nigeria Security and Civil Defence Corps (NSCDC) based on the report of allegation filed by one Simiat Adebayo, his supposed girlfriend.

Spokesperson of the corps in the state, Mr. Babawale Afolabi, who confirmed the arrest in a statement on Thursday, said the complainant reported the case on May 9, 2022 on how Garba allegedly stole her money, a sum of N341, 000 from her bank account and her gold chain worth N250, 000.

He said that the suspect withdrew the money from the girlfriend’s phone on two occasions, without any trace, until the complainant requested for her statement of account from her bank.

Afolabi said that the suspect sold the complainant’s gold chain for N105,000 to unknown buyer at one of the markets in the metropolis.

He also said that the suspect allegedly beat the complainant when she confronted him for stealing her money and gold, which made the complainant to make a report leading to his arrest.

Taoheed admitted to have stolen the sum of money and gold, but denied beating the girlfriend.

“I actually stole the money from her account because of my need for money to enrol in School of Aviation after my Higher National Diploma (HND) in the Kwara State Polytechnic, Ilorin.

The state commandant, Mr. Makinde Ayinla, who frowned at the act, warned students to be careful with their relationship with opposite sex, saying that they should be security conscious.

Ayinla assured that the suspect would be taken to court soon and be prosecuted accordingly.