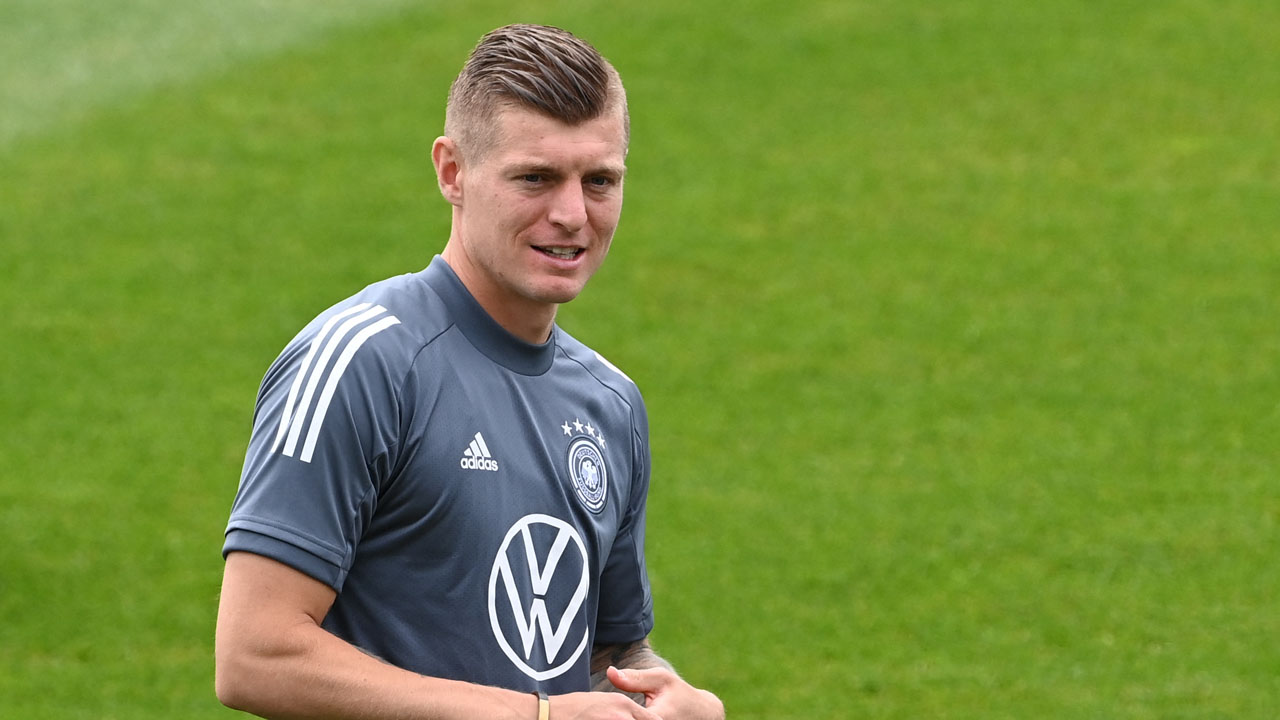 Germany’s midfielder Toni Kroos attends a training session on June 4, 2021, in Seefeld, Austria, where they attend a training camp ahead of the European football championship 2020-2021. (Photo by Christof STACHE / AFP)

Germany has their work cut out in Group F at the European Championship with holders Portugal and Hungary to come after the mouth-watering tie against the French in Munich.

Kroos has bounced back after testing positive for Covid-19 last month and played in Germany’s 7-1 thrashing of minnows Latvia on Monday in their final friendly warm-up.

Yet the Germans have struggled to recover from the humiliation of crashing out of the group stages at the 2018 World Cup and Kroos knows they have a point to prove.

“We don’t have to hide against France. Both squads are strong,” Kroos said Friday at the German’s base in Bavaria.

“Before the 2018 (World Cup) tournament, we were made out to be stronger than we were, now it’s different.”

The Germans are bidding to win a record fourth European Championship title on Joachim Loew’s swansong after 15 years as head coach, yet confidence in the ‘Mannschaft’ remains low.

Morale among German fans was further dented this season by humbling defeats to Spain and minnows North Macedonia.

Uncharacteristically, the German defence, normally their main strength, is shaky having leaked 20 goals in their last 13 internationals.

While France have climbed to second in the world rankings, just behind Belgium, Germany have dropped to 12th position.

As a result, Real Madrid veteran Kroos says the Mannschaft wants to throw down a marker and are “looking forward” to facing the French.

The 31-year-old expects Germany to win “every single game” of the European Championship.

“I’ll never start a tournament with the expectation ‘let’s just win a few points’. If that was case, I wouldn’t be back,” Kroos insisted.