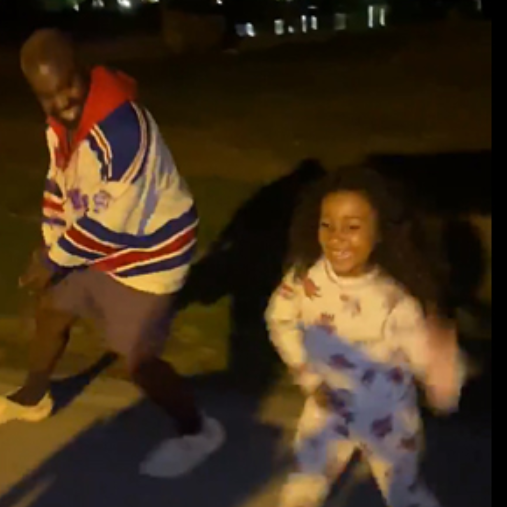 Kanye West and his seven-year-old daughter North have joined the ‘Push The Feeling On’ viral dance during their Caribbean family trip.

The 43-year-old rapper took to Twitter on Friday to share a video of himself and his firstborn daughter doing the ‘Push The Feeling On’ viral dance.

North, 7, started off the video by saying it’s Friday, and Kanye responds with “It’s Friday then!” before they hopped off from a golf cart and began to dance. Kim who seems to be filming the pair, can be heard laughing in the background.

The trend was started by a man called Mufasa, who filmed himself leaping from a car and dancing up the road to Nightcrawlers song Push The Feeling On.

Kanye and Kim are currently in the Dominican Republic with their four children, to work on their marriage after a series of public meltdowns.

Tearful Suarez Says Goodbye To Barca Ahead Of Atletico Switch –...

Ondo 2020: Let professionalism be your guide during guber poll –...