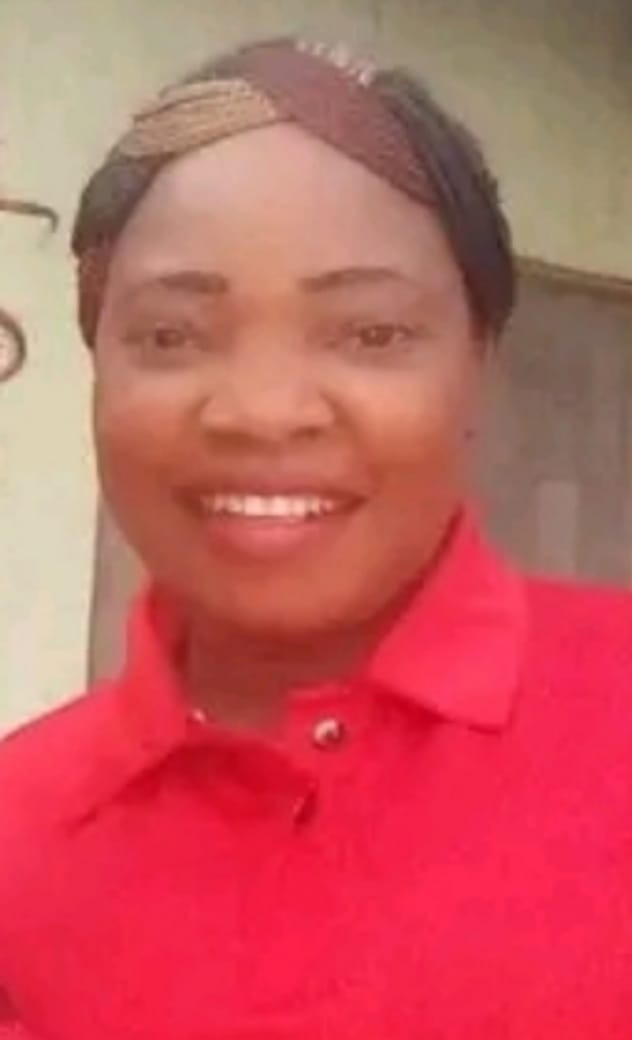 Kidnappers have killed a woman, Martina John in Kaduna State after her family failed to pay ransom at the specified date.

Acccording to her uncle, Makeri Danjuma Mohammad, the deceased was abducted two weeks ago from Katari village along Kaduna-Abuja highway.

She was brutally murdered by her abductors and her mutilated body dumped around Sabon Gayan Chikun Local Government Area of the state on May 13.

Martina was laid to rest on Saturday, May 14.

“Martina John is a niece to me. She was kidnapped from our community ten days ago and gruesomely murdered by her kidnappers for not paying the ransom at the time specified by them (kidnappers) May her soul rest in peace,” he wrote

“At the grave site of late Martina John today who was kidnapped from my community ten days ago, gruesomely murdered day before yesterday by her heartless kidnappers and her mutilated body dumped around Sabon Gayan near Kaduna. An unprecedented crowd of mourners graced her funeral today. May her soul rest in peace.” 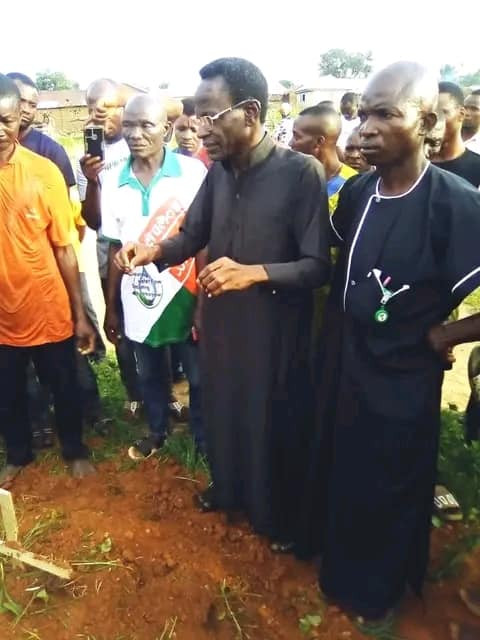 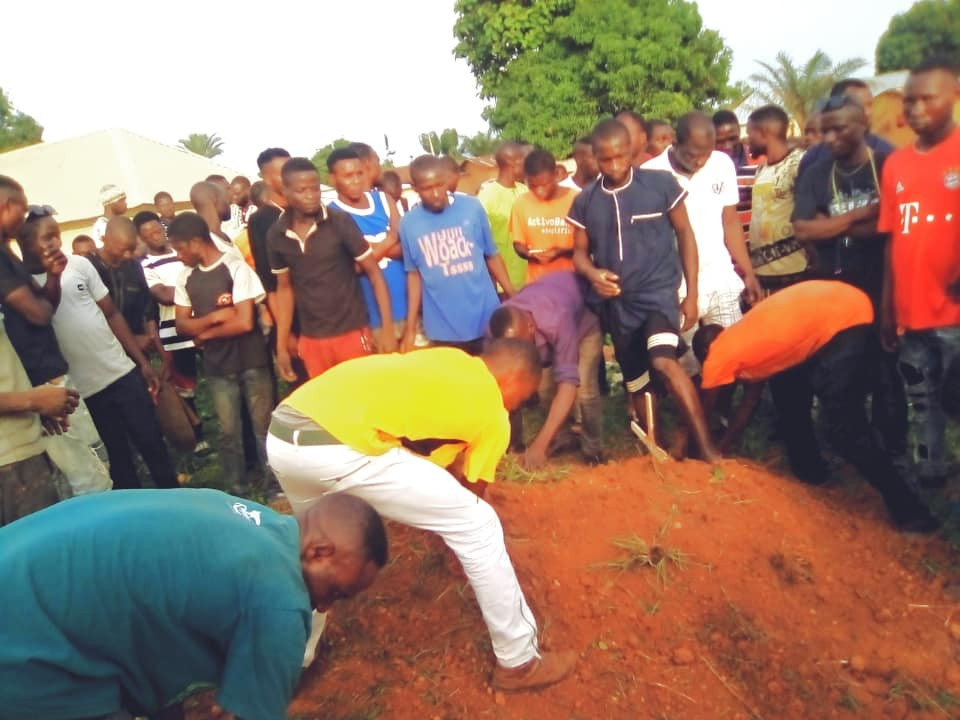 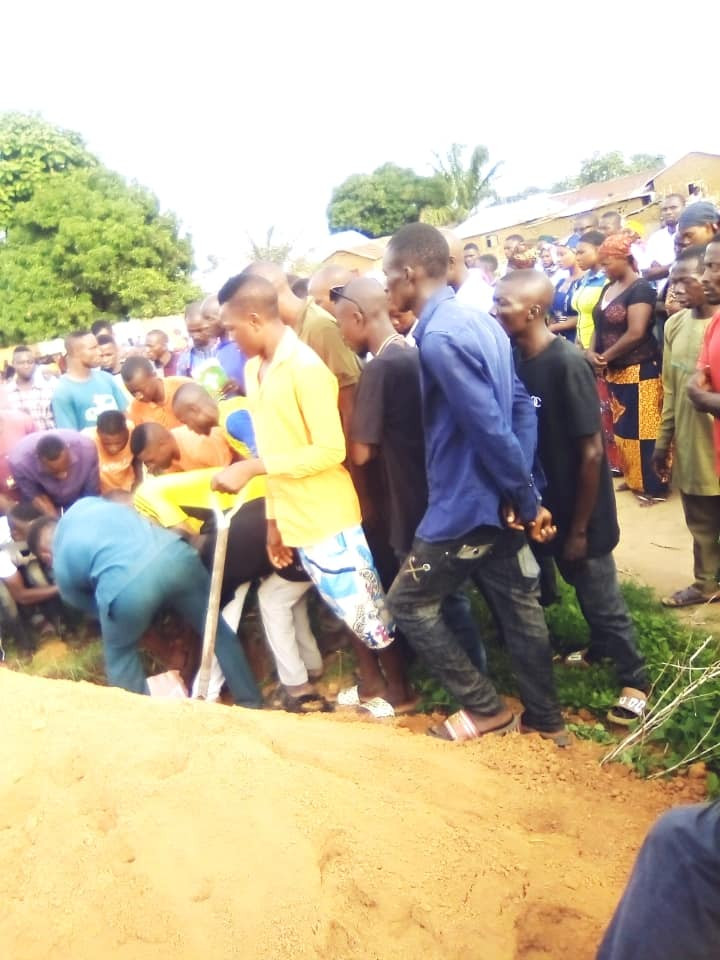 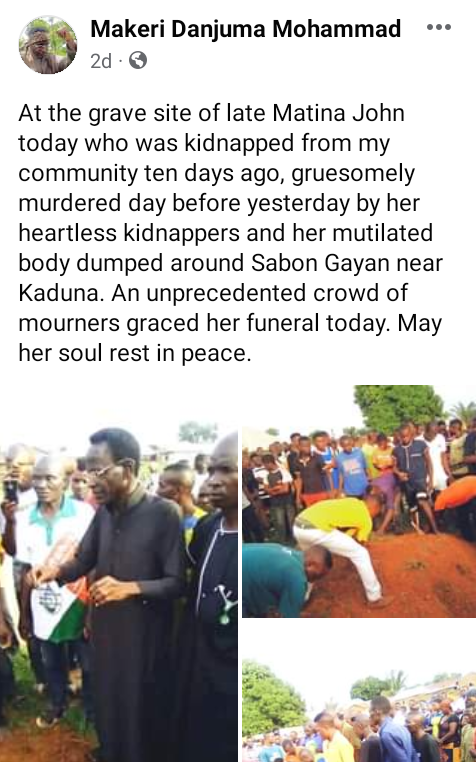 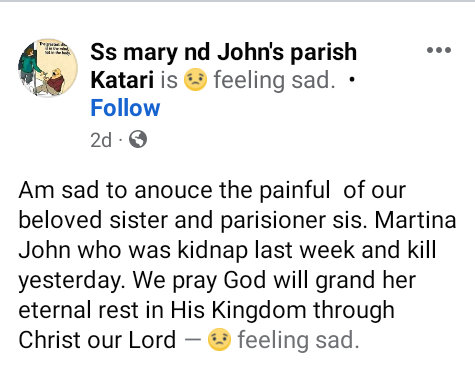 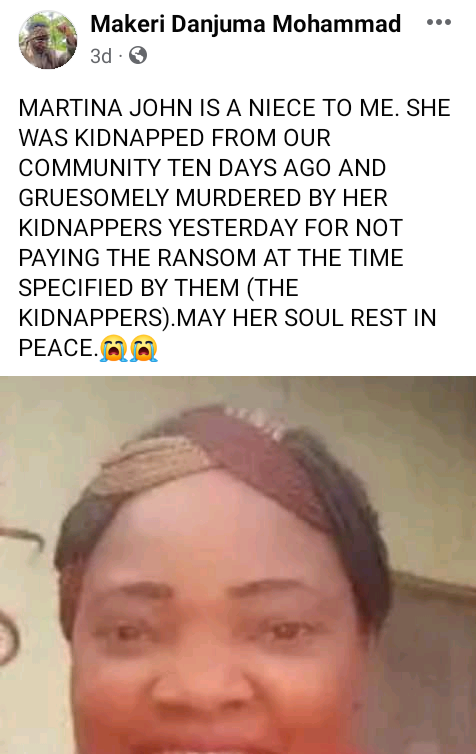