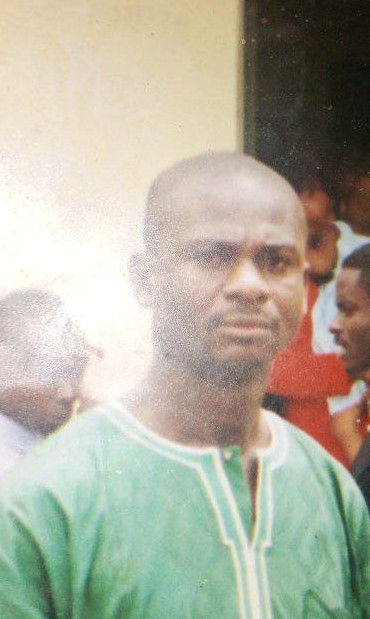 Kidnappers have killed one Asibong Adim Okon Bassey from Cross River State after collecting ransom from his family.

The deceased’s brother-in-law, Adipeter Agbas, said he will be laid to rest on May 28, 2022, in Calabar.

According to Mr Agbas, the victim was kidnapped in Kogi State on May 4, while visiting his family. The abductors killed him despite collecting ransom.

Taking to Facebook to mourn the deceased, Agbas wrote;

“My wife younger brother, Mr Asibong Okon Bassey was kidnapped on Wednesday, 4th may, 2022 at Kabba, Koji State on visit to his family, after spending two weeks with them in Kabba, while leaving on that same day, he was kidnapped and ransom was paid but they still killed him, his corpse is in the mortuary in Kabba now. The family are making arrangements to take his corpse back to Calabar, Cross River State for burial. Good night my kind and humble in law, till we will meet in the resurrection morning. RIP” 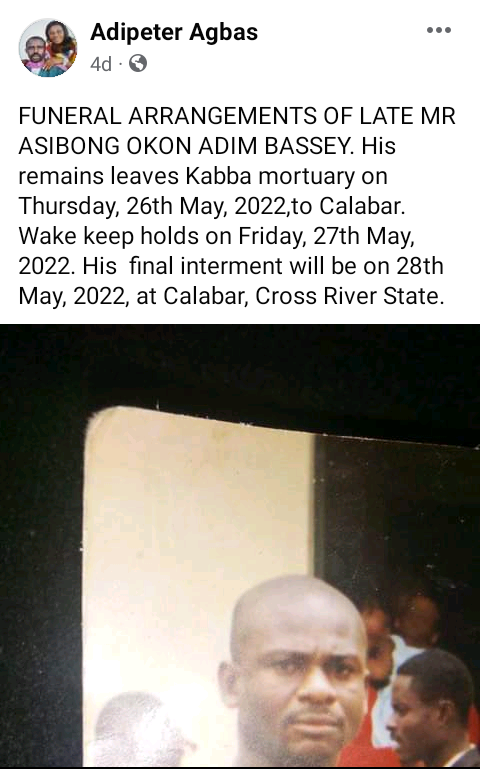 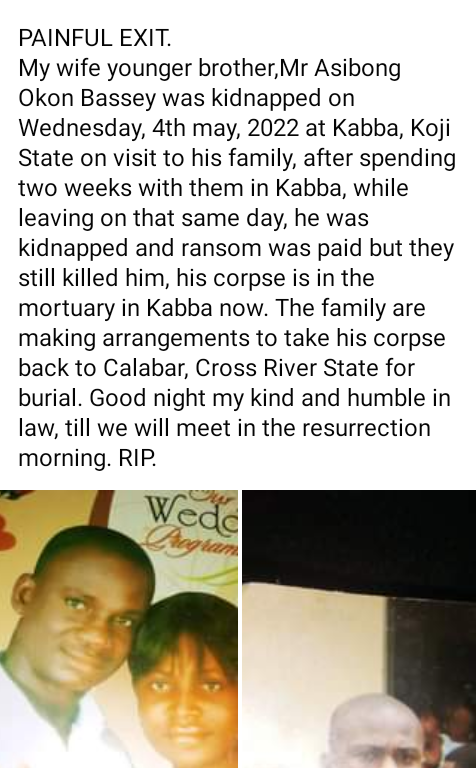