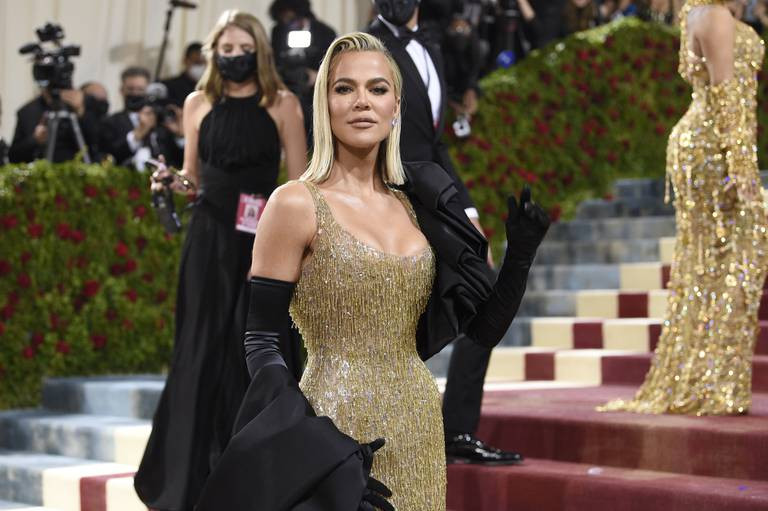 Khloé Kardashian had a panic attack at the Met Gala fashion shoe, the reality tv star has revealed.

The Good American co-founder, 37, took to Twitter on Tuesday May 3, to reflect on her first time attending the invitation-only MET gala — traditionally held on the first Monday of May at the Metropolitan Museum of Art in Manhattan.

According to her, she almost had a ‘heart attack?

“Am I supposed to admit that I almost had a heart attack on that carpet tonight?” Kardashian tweeted just after 3 a.m. “My anxiety was through the roof!” 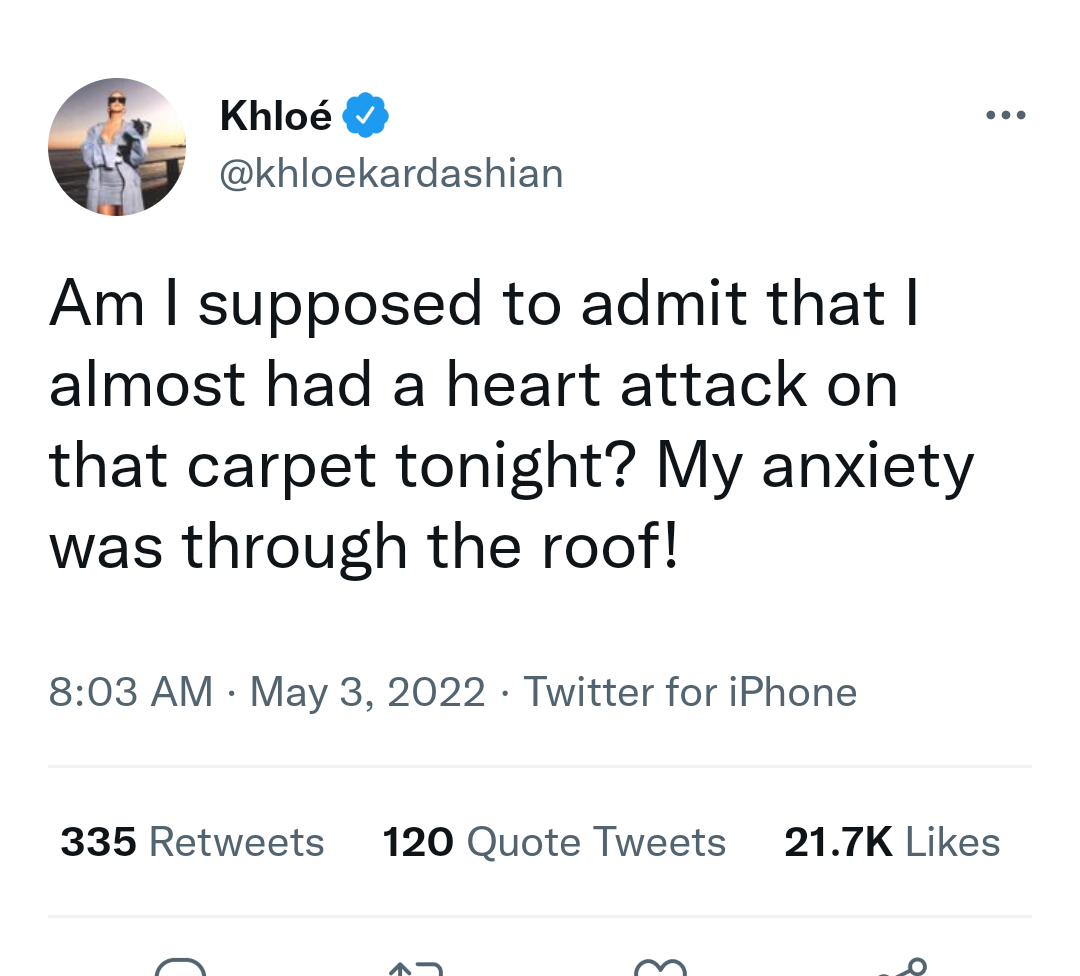 Kardashian swiftly followed up her confession with a tribute to Moschino creative director Jeremy Scott.

“I am so incredibly honored that I was invited to the MET wearing @Moschino,” she tweeted. “@ITSJEREMYSCOTT designed my dress in about 10 days.”