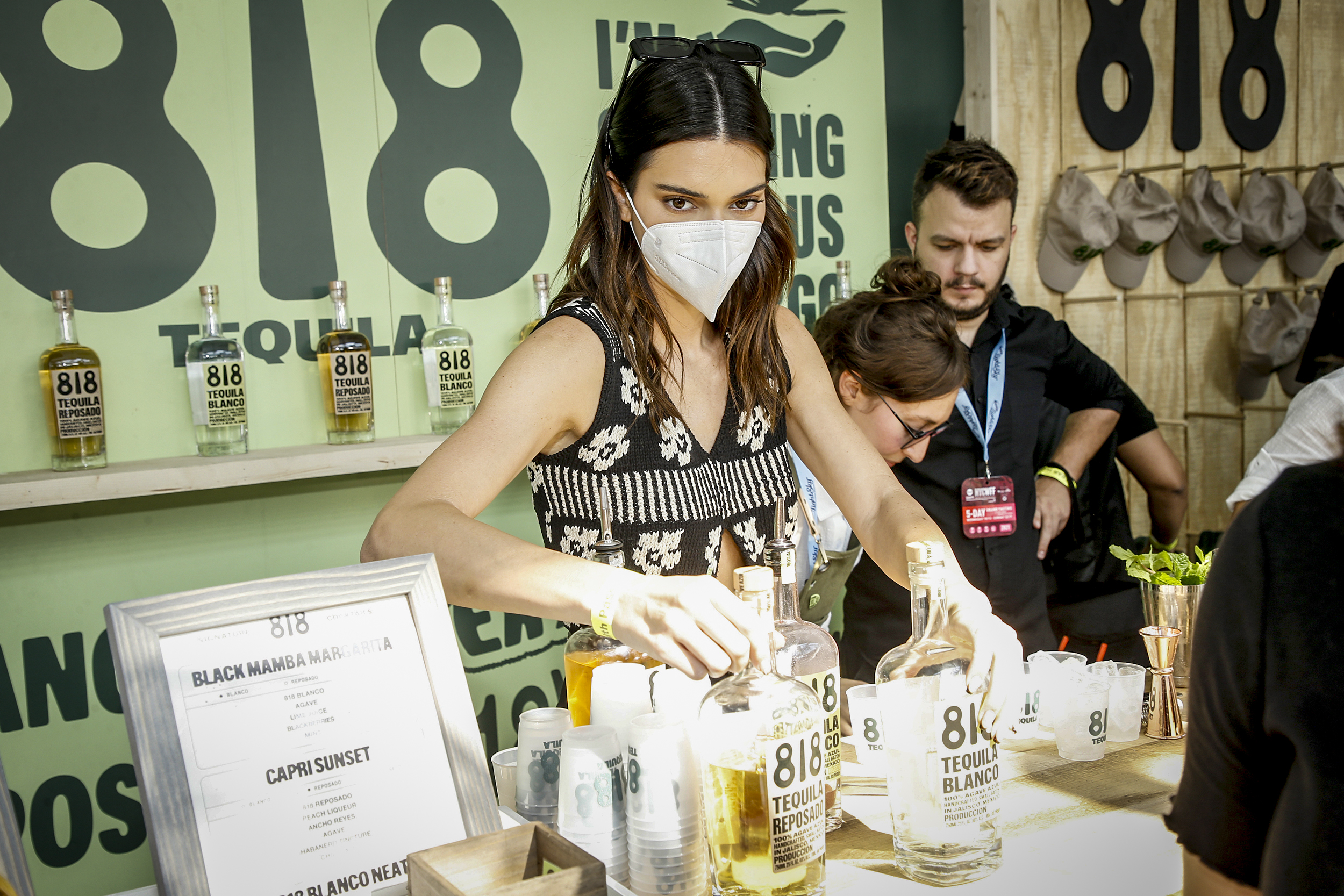 Tequila 512 is suing Kendall Jenner’s 818 Tequila for trademark infringement, false designation of origin and unfair competition, alleging that the brand copied its logo and color scheme.

The lawsuit says Tequila 512, whose trademark was established in 2015, uses an “immediately recognizable 512 mark in black lettering inside a vertical yellow rectangle.” Tequila 818, which launched last year with Jenner as the face of the company, is accused of using the same branding with “immaterial tweaks.”

The lawsuit also cites similarities between the companies’ digit brand names and their references to a “prominent area code.” Tequila 512 nods to Austin, Texas, where the company is based, while 818 Tequila refers to Los Angeles.

The branding is so similar, the lawsuit says, that instead of 818 Tequila, an image of Tequila 512 was used in May for an in-game purchase in Kim Kardashian’s “Kim Kardashian: Hollywood” mobile game. The lawsuit alleges that 818 Tequila either intentionally used the wrong image to “blur the lines between the two products” or that the branding is so similar that the company was “confused about the difference between the two brands.”

A representative for 818 Tequila dismissed the claims in a statement to TMZ.

“We are reviewing the complaint and believe the allegations are without merit,” the statement said.

Jenner and Kardashian were not named as defendants.

Representatives for 818 Tequila could not be reached for comment Thursday. The company dismissed the claims in a statement to TMZ.

“We are reviewing the complaint and believe the allegations are without merit,” the statement said.

Tequila 512 CEO and Chairman Nick Matzorkis called on 818 Tequila to “clearly distinguish themselves” from his company’s products in a statement to KEYE-TV of Austin.

“It goes beyond just lost sales, it’s about the long term dilution of our unique recognizable brand identity that they decided to mimic,” he told the station.

Jenner has come under fire for her association with 818 Tequila before. When the product launched last year, she was criticized and accused of appropriating Mexican culture in promotional images that featured her on horseback in agave fields.

Others pointed out the grammatically incorrect Spanish on 818 Tequila’s labels.

Jenner said later on “The Tonight Show Starring Jimmy Fallon” that it was important to her that 818 Tequila was friendly to the community.

“At our distillery, which I was just at the other day, we found a way to take the agave waste — the agave fibers and the water waste — and build this sustainable brick that we are actually donating back to the community of Jalisco,” she said in September.

Morgan Sung is a trends reporter for NBC News Digital.