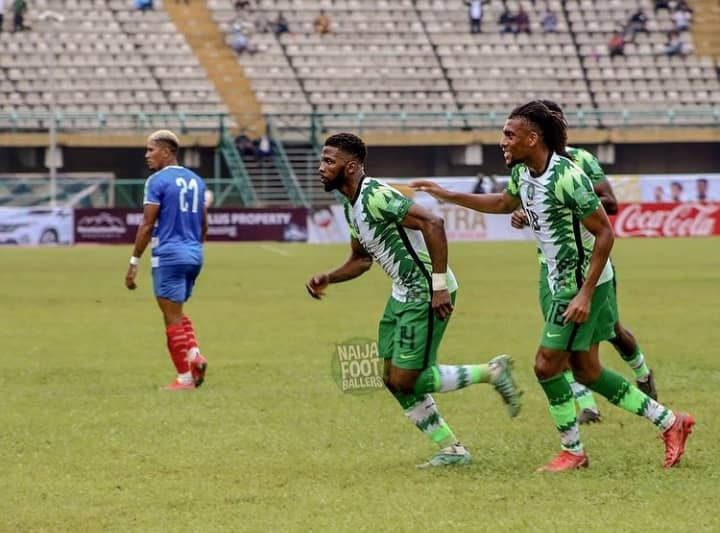 The Super Eagles of Nigeria on Friday night, September 3, kicked off their 2022 FIFA World Cup qualifying campaign with a 2-0 win over the Lone Star of Liberia at the Teslim Balogun Stadium Lagos.

The result means Nigeria top the Group C after the first round of matches.

Kelechi Iheanacho scored two goals for the team in the 22nd and 44th minutes before he was replaced by captain Ahmed Musa in the 84th minute of the game.

The Eagles had to defend well to withstand a barrage of attacks from the Liberians in the first ten minutes.

Nigeria’s Ola Ainathe attempted a shot from range in the 10 minute, but it went off off target. In the first twenty minutes, midfielder, Joe Aribo failed to hit target after he was set up by Alex Iwobi.

But on the 22nd minute, Iheancho scored for the home side following an assist from Iwobi..

Victor Osimhen almost scored soon after but his shot failed to hit target.

Iheanacho then scored his second of the game on the stroke of half time with Iwobi once again providing the assist.

Then Osimhen’s header from Moses Simon’s cross was saved by Liberia goalkeeper in the 62nd minute.

On the 77th minute Paul Onuachu and Samuel Kalu replaced Osimhen and Simon.

While Captain Ahmed Musa and Shehu Abdullahi were also introduced in place of Iheanacho and Iwobi respectively. 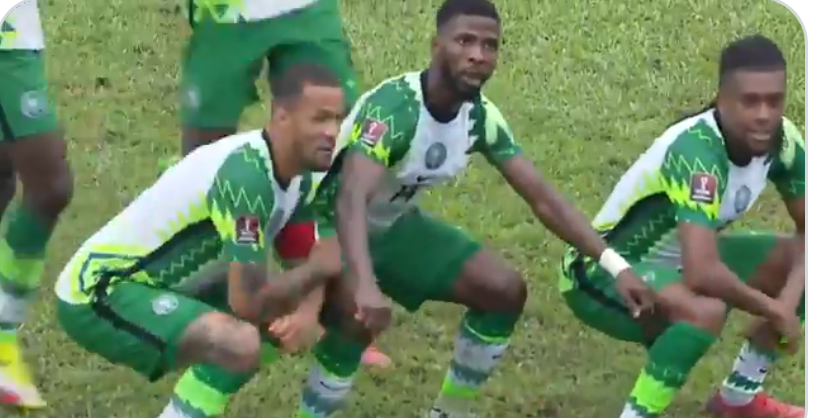 The Super Eagles stood firm, didn’t concede and placed themselves in a good position as they prepare to face the Blue Sharks of Cape Verde in their next game on Tuesday September 7.

See videos of the goals below.