Katsina State Governor, Aminu Bello Masari, sworn in three new Chief Justices for the State High Court on Tuesday. The swearing in ceremony which took place at the state government house was witnessed by top government functionaries from the three arms of government and other well wishers.

Among those sworn in by the Governor are Justice Ibrahim Isyaku Mashi, Justice Kabir Sha’aibu and Justice Abubakar Ibrahim Maude.

Shortly after they took the oath of office, Governor Masari in his remark said the swearing in of the new judges “has given the state additional capacity to witness justice delivery.” 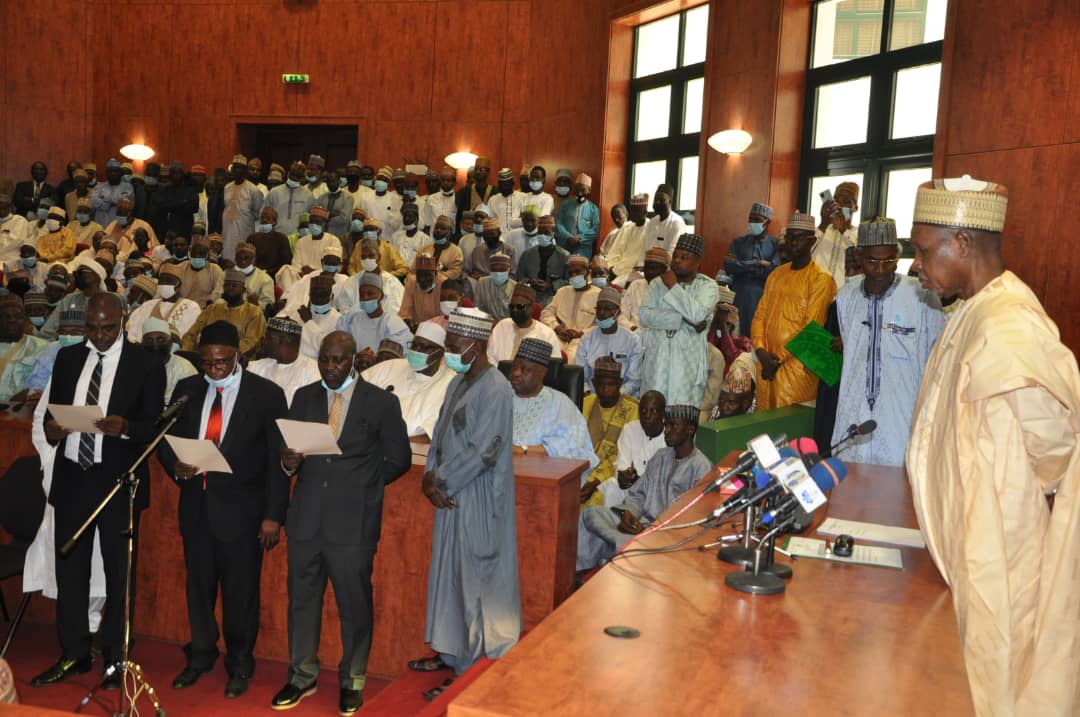 He stressed further on the need to improve the speed of judgement delivery among stakeholders in the Justice sector.

Governor Masari further encouraged judges in the State to work towards speedy disposition of criminal cases to involve arrest, investigation and prosecution as he says, “the government is seriously disturbed with the trend of blame games by justice sector actors.”