Unconfirmed reports suggest that students of the Kaduna State University (KASU), were on Monday, June 7, prevented from entering the school premises following their recent protest against the hike in tuition by the state government.

According to reports, some security operatives said to be acting on the orders of the school management locked the university gate and refused to allow any student to enter the school premises on Monday. 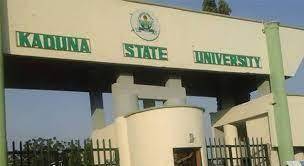 This comes after the state governor, Mallam Nasir El-Rufai had increased university tuition by over 200 percent, leading to a protest, and the students praying to God to touch the heart of the governor to reverse the hike in fees. Despite the protest and interventions from notable people in the state, El-Rufai has insisted on the increment.