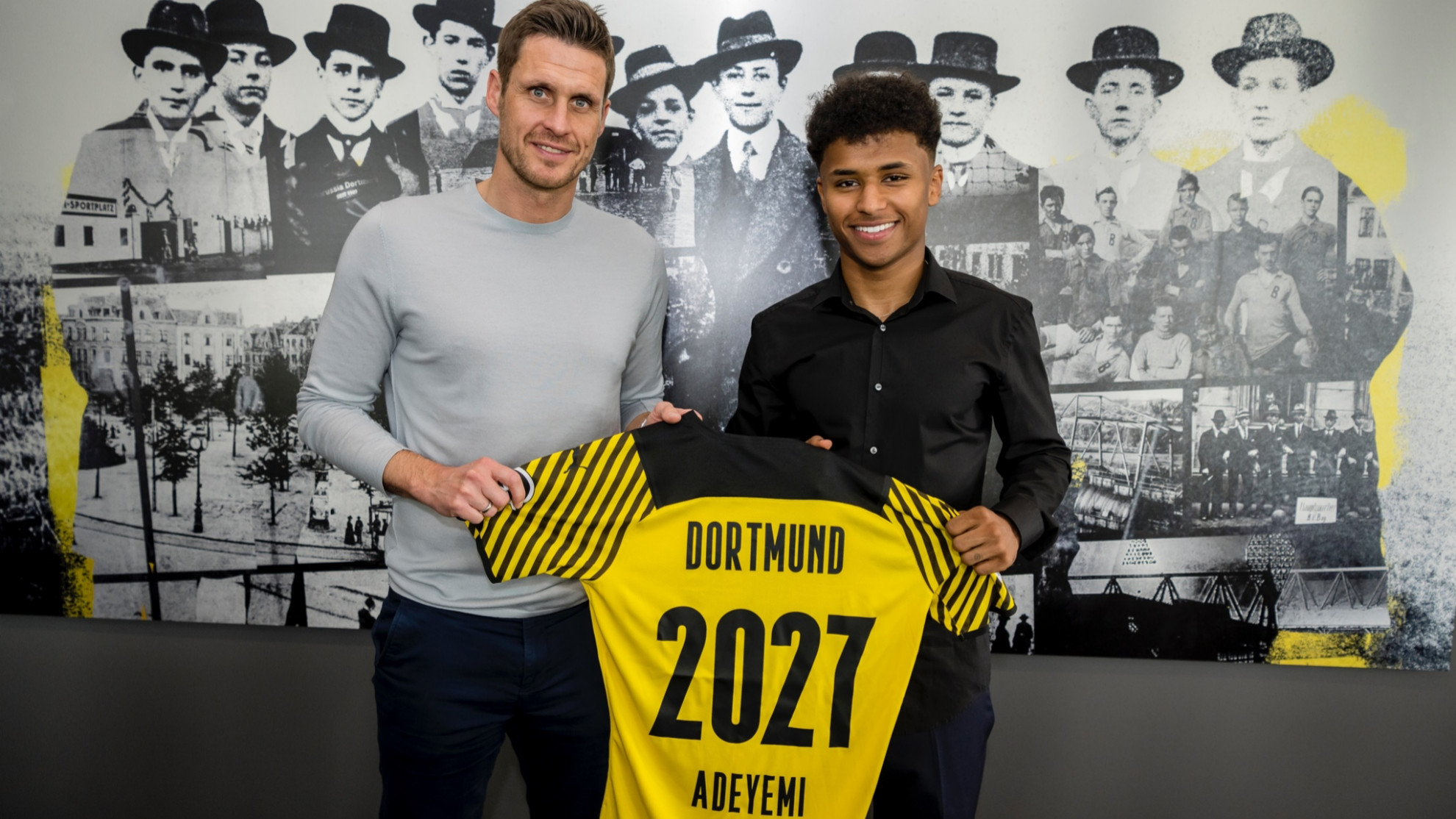 The Bundesliga club said 20-year-old Adeyemi signed a contract through June 2027 after completing a medical examination in earlier in the day.

“Adeyemi is a highly talented, young German international who through his strong finishing and incredible pace will make a valuable addition to our attacking play,” Dortmund sporting director Michael Zorc said.

Sebastian Kehl, who will take over from Zorc next season, noted that Adeyemi was a Dortmund fan in his youth and that he decided to sign for the club despite “several offers from Europe’s top leagues.”

He told the Dortmund website that he has always been a fan of the club, known as the black and yellow.

“As a young boy, I was fascinated by black and yellow fast-paced soccer,” he said.

“That’s why I quickly decided that I would like to join Borussia when I heard about Dortmund’s interest. I also deliberately signed for the long term because I’m convinced that we’ll be an exciting team.”

Born in Germany to a Nigerian father, Adeyemi, leads the Austrian Bundesliga with 19 goals, and he has scored three for Salzburg in the Champions League. He made his Germany debut in a World Cup qualifier against Armenia and scored his first international goal last September.