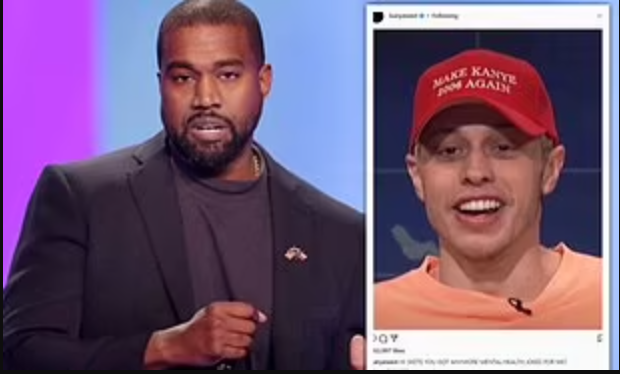 On Thursday, February 17, Ye took to Instagram to post a snap of the comedian previously making fun of him on Saturday Night Live.

The image shows Pete wearing a cap that reads ‘Make Kanye 2006 Again’ in a skit that made light of the rapper’s friendship and support of Former President Donald Trump.

Kanye captioned the post: ‘HI SKETE YOU GOT ANYMORE MENTAL HEALTH JOKES FOR ME?’ 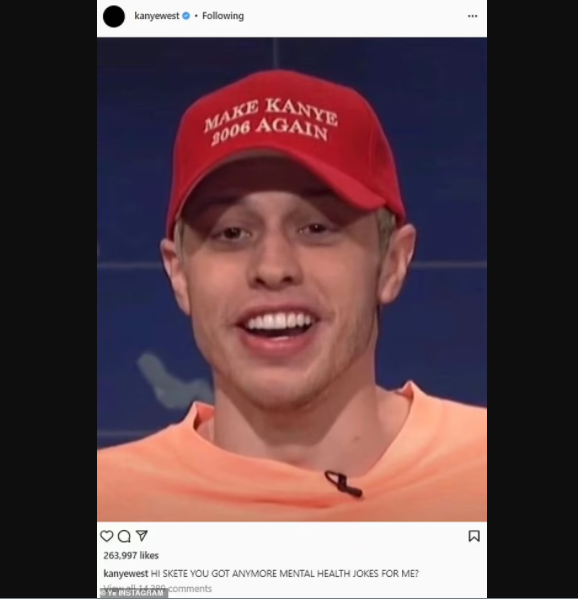 In a second post, Kanye continued: ‘This boy thought he could get away with performing this sketch for the team that wrote this for him,’ adding: ‘This is not harassment This is payback.’ 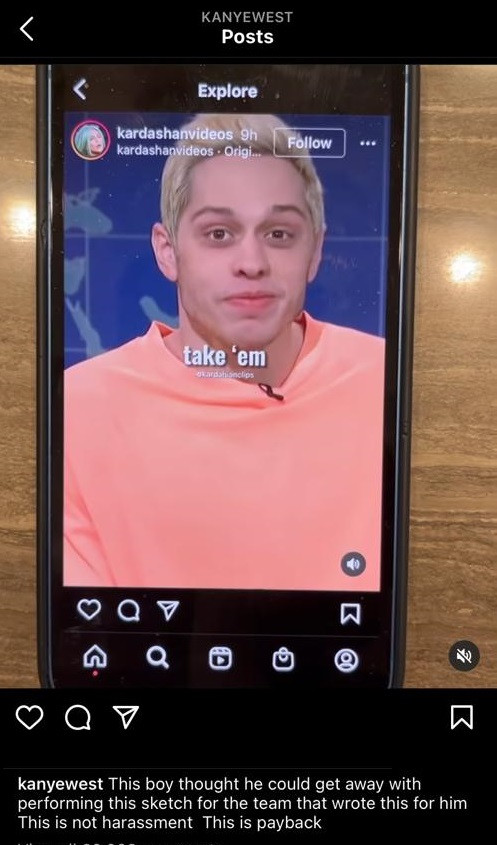 The 2018 skit was part of SNL’s Weekend Update with Colin Jost, where Pete made fun of Kanye’s pro-Trump antics.

The latest jibe comes after Kanye began following Pete on Instagram Wednesday, after going to war with him on the platform.

Davidson, who is currently dating West’s estranged wife Kim has not followed him back yet.