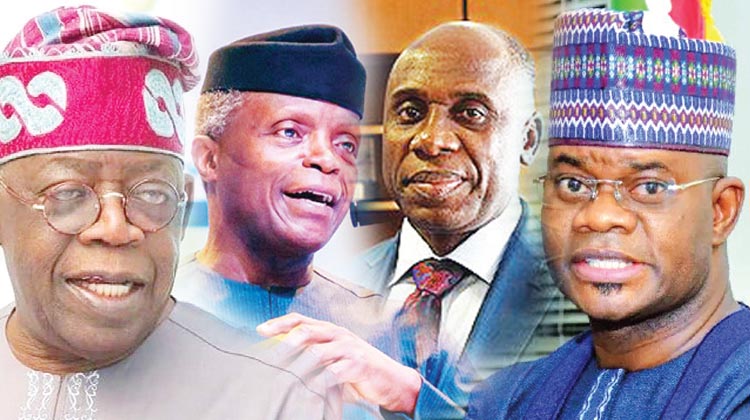 The Senate Chief Whip, Senator Orji Uzor-Kalu, has urged the President, Major General Mohammadu Buhari (retd.), to choose the Senate President, Ahmad Lawan, as the consensus presidential candidate of the All Progressive Congress.

Kalu, in a statement on Thursday, insisted it is only cohesion and consensus among the regions that can produce a president for Nigeria.

He pointed out that the earlier Nigerians and presidential aspirants understand that no amount of money can buy the office of the president of Nigeria the better for everyone.

Kalu, who is representing the Abia North senatorial district in the red Chambers stated that if presidential aspirants continue to throw in money, the majority of the delegates will collect the money but still vote according to their conscience.

“I urge President Muhammadu Buhari, to consider giving Nigeria a man who can give the entire country a sense of belonging, fix our economy, secure all parts of the country, take education very seriously and protect his legacy.

“The man Nigerians can trust is Senator Ahmad Lawan. Picking Ahmad Lawan as the consensus candidate of the APC will heal and stabilize the country as it is the closest to equity, justice, and fairness.

“I strongly believe that the fairness Nigerians need is to produce a president from the South East of Nigeria. In the absence of the South East, it is the North East.

“These two regions are the only ones yet to produce the president of Nigeria and since the opposition has gone North East, it is ideal and wise that the APC go North East.