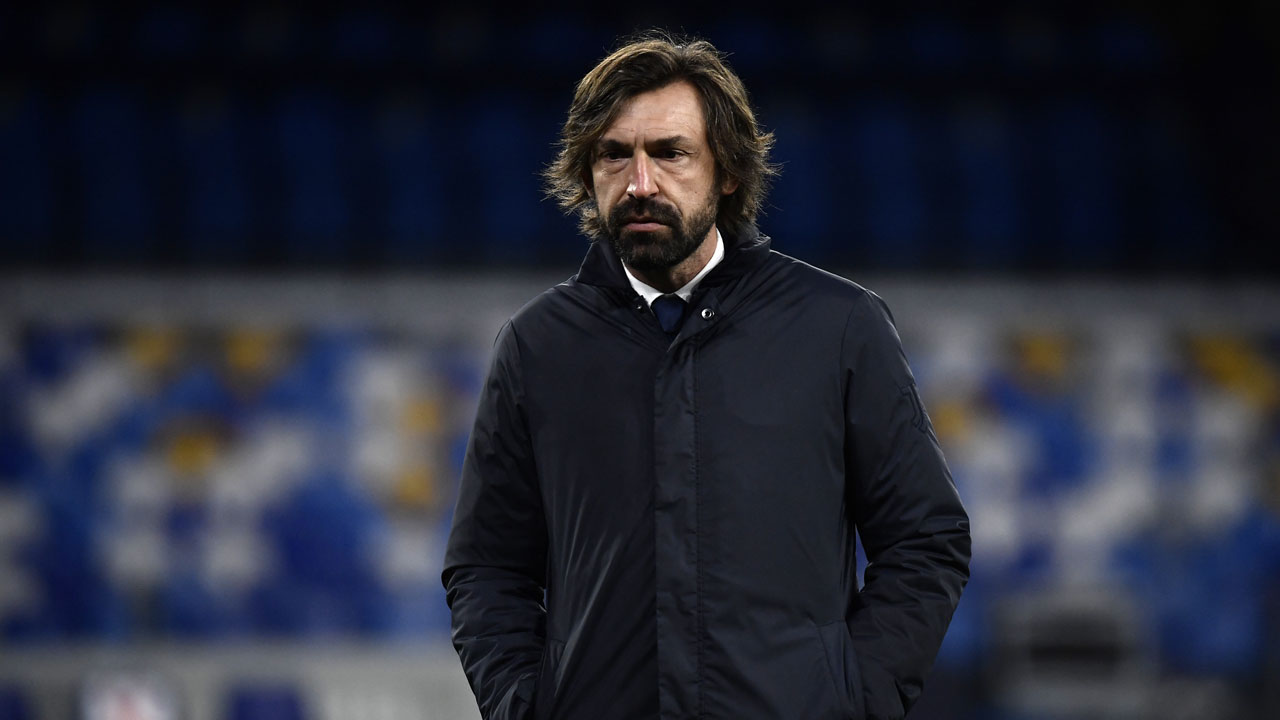 Juventus’ Italian coach Andrea Pirlo walks the pitch prior to the Italian Serie A football match Napoli vs Juventus on February 13, 2021 at the Diego Maradona (San Paolo) stadium in Naples. (Photo by Filippo MONTEFORTE / AFP)

Andrea Pirlo insisted Saturday he was calm about his job as Juventus coach as the Italian champions’ nine-year reign nears its end.

Inter Milan are set to deny Juve a 10th consecutive crown with the Turin giants now battling for a Champions League spot.

Inter can seal the ‘Scudetto’ this weekend, with Juventus sitting fourth, 13 points behind the leaders, with five games to play.

According to Italian press reports former Juventus coach Massimiliano Allegri is set to return two years after being sacked.

A visit by John Elkann, CEO of Exor, the holding company of the Agnelli family which owns Juventus, to the team’s training ground this week fuelled speculation of changes.

“I talked to the owners the other day,” revealed Pirlo who took over last summer.

“It’s not the first time they’ve come, it has already happened three or four times and we’ve talked about everything.

“I’m calm about my job, about what I have to do.

“I am not influenced by all these rumours.

“I’m focused on what I have to do and I have to bring the team to the Champions League and try to win the Italian Cup.”

Meanwhile, Pirlo revealed his teenage son Niccolo had been a victim of on-line abuse, as sports bodies boycotted social media this weekend.

“I know what it means to be a public figure, I find nothing new in the insults from people hiding behind a keyboard,” he said.

“I’m sorry for my son, because he has nothing to do with this. I also explained to him to ignore it. This is a social problem which we need to stamp out.”