A bomb explosion has just hit the city of Kano, and many children are feared dead.

A video currently trending online shows the wreckage of the explosion, and it is being reported that a primary school on Aba Road, in the Sabon Gari area of Kano, was affected with several people injured and some trapped in the debris of the wrecked building. 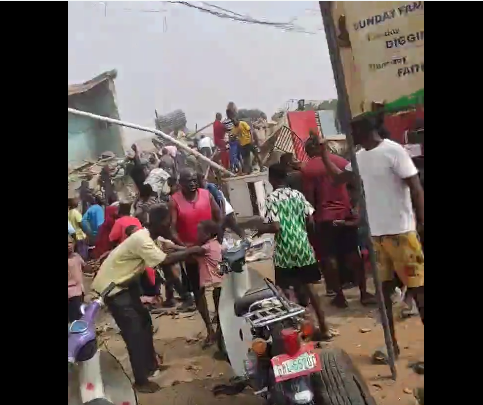 An eyewitness account in the video said the blast was by a suicide bomber, however, other reports suggest it was a gas explosion.