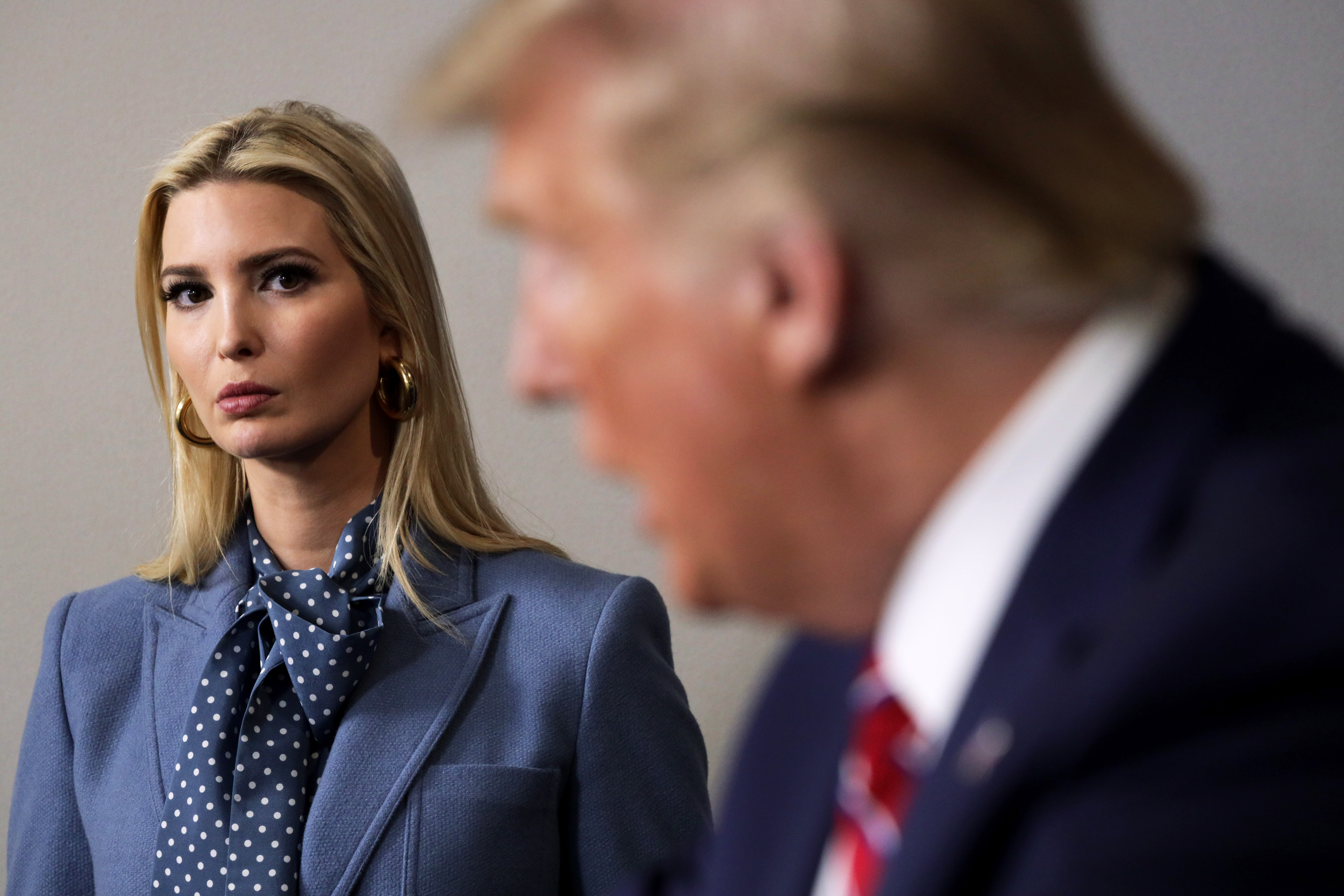 A New York judge on Thursday ordered former President Donald Trump and two of his children to answer questions under oath about the Trump Organization’s business practices in the state attorney general’s civil probe of the company.

Lawyers for Trump, Donald Trump Jr. and Ivanka Trump had sought to quash the subpoenas from Attorney General Letitia James’ office, arguing her investigation is politically motivated and designed to provide fuel for an ongoing criminal probe into the company by the Manhattan district attorney’s office.

In his ruling, state Supreme Court Justice Arthur Engoron gave the green light for the three Trumps to be deposed within the next three weeks. Their lawyers indicated at a hearing earlier in the day that they would appeal if the judge let the depositions proceed.

James’ office is looking into whether to file a civil suit against the Trump Organization over allegedly inflated financial statements. In court filings, her office alleged it has “uncovered substantial evidence establishing numerous misrepresentations in Mr. Trump’s financial statements provided to banks, insurers, and the Internal Revenue Service.”

Among the items James wants to ask Trump about are several “Statements of Financial Condition” involving the company that the attorney general says were inflated by hundreds of millions of dollars and that had been signed off on by the former president.

The attorney general’s office said in January that it has not yet reached a final decision about whether the evidence it says it has found merits legal action.

Lawyers for the Trumps contended James wants to question the trio to improperly gather evidence in a related criminal probe by the Manhattan district attorney’s office.

Two lawyers from James’ office are assisting in the district attorney’s investigation, which has already led to criminal charges against the Trump Organization and its former chief financial officer, Allan Weisselberg. Both the company and Weisselberg have pleaded not guilty to the charges, which include allegations of tax fraud and falsifying business records.

The judge noted that the Trumps would be able to invoke their Fifth Amendment rights during the depositions if they had concerns about criminal exposure.

Trump lawyer Ron Fischetti said this case is “special” because “this is a former president of the United States,” and if he takes the Fifth while answering questions, “he’ll be on every front page in the world.”

Engoron countered that there’s nothing in the law making a former president special. “To me, he’s a citizen,” the judge said.

The U.S. Supreme Court has ruled that asserting one’s Fifth Amendment rights is not an admission of guilt, but Trump offered a different perspective while running for president in 2016. “The mob takes the fifth. If you’re innocent, why are you taking the Fifth Amendment?” he said at a rally in Iowa.

The allegations involving the inflated financial statements have caused other problems for Trump over the past week, including his longtime accounting firm Mazars’ decision to cut ties with the Trump Organization after reviewing the statements it helped prepare.

“We write to advise that the Statements of Financial Condition for Donald J. Trump for the years ending June 30, 2011 — June 30, 2020, should no longer be relied upon,” the company said in a letter.

In a filing responding to specific allegations from the attorney general about the financial statements earlier this week, Trump’s lawyer Alina Habba said the former president “(d)enies knowledge or information sufficient to form a belief as to the truth of the allegations.”

The day after that filing, however, Trump issued a lengthy statement defending his company’s accounting, saying, “We have a great company with fantastic assets that are unique, extremely valuable and, in many cases, far more valuable than what was listed in our Financial Statements.”

He said  that Mazars had been “essentially forced to resign from a great long-term account by the prosecutorial misconduct of a highly political, but failed, gubernatorial candidate, Letitia James, and the Hillary Clinton run District Attorney’s Office of Manhattan.”

The attorney general’s office flagged the statement to the judge in a letter Wednesday.

“It is not unusual for parties to a legal proceeding to disagree about the facts,” the letter said. “But it is truly rare for a party to publicly disagree with statements submitted by his own attorneys in a signed pleading — let alone one day after the pleading was filed.”

The letter urged the judge to ignore the legal responses from Trump and his children, arguing they “improperly deny knowledge about subjects indisputably known” to them, including what Trump’s positions were at the company and what Trump Jr.’s job is.

Trump Jr.’s lawyer, Alan Futerfas, responded in his own letter to the judge that the attorney general’s recital of its case included “vague” allegations and the Trumps responses were all made in “good faith.”

Also Thursday, a judge in Washington, D.C., set a trial date for a separate civil case that’s been brought against the Trump Organization and Trump’s presidential inaugural committee by Washington Attorney General Karl Racine. It alleges that the inaugural committee improperly used inaugural funds to enrich the Trump family. The company and the committee have denied any wrongdoing. The case is scheduled to go to trial on Sept. 26.