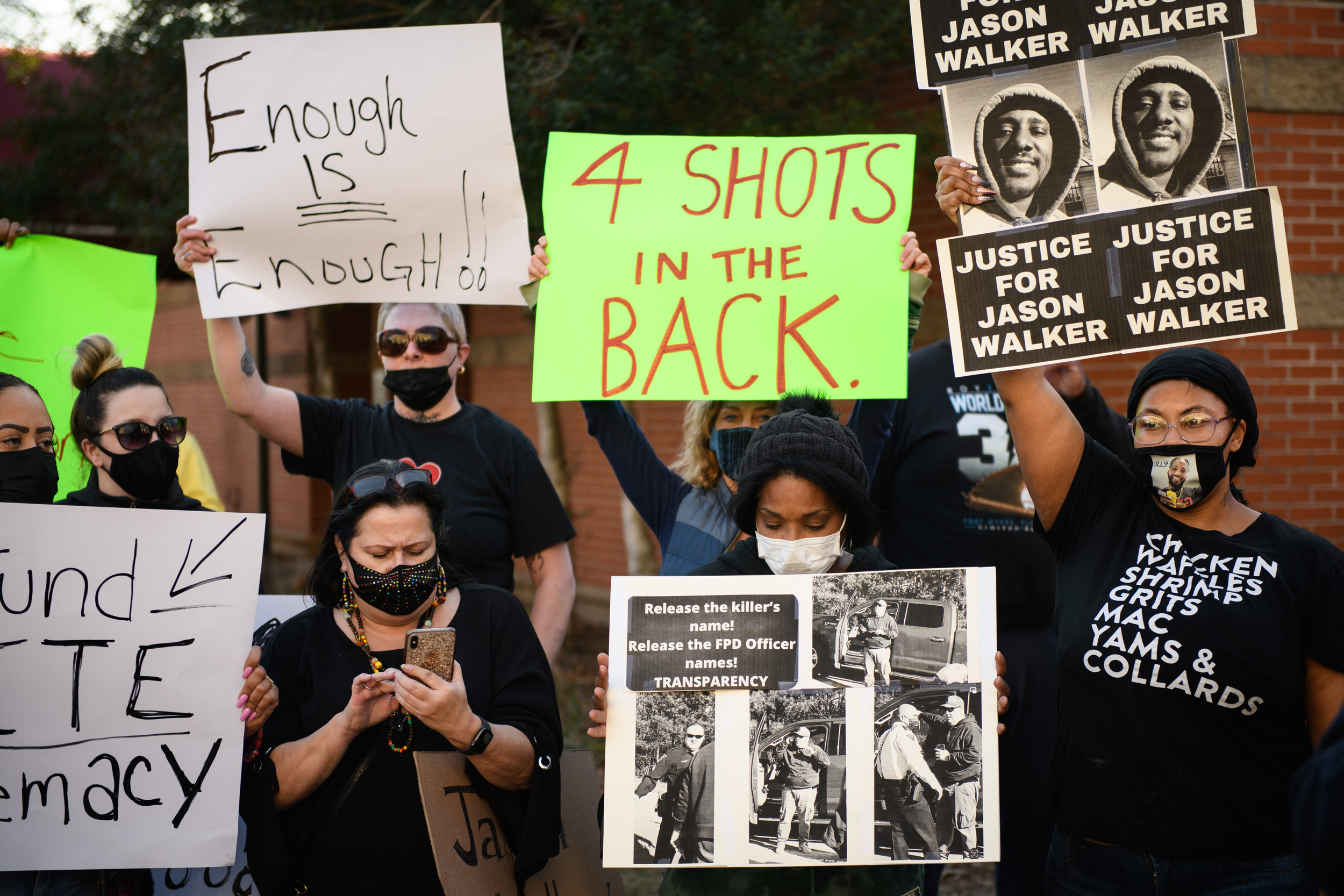 A judge on Thursday granted a request from the police chief of a North Carolina city to release body camera video recorded in the aftermath of the shooting death of a Black man by an off-duty sheriff’s deputy.

Fayetteville Police Chief Gina Hawkins filed the petition with the courts on Tuesday. She wanted to publicly release footage that she says will show exchanges between Fayetteville police officers and three witnesses at the scene of last Saturday’s fatal shooting of Jason Walker by off-duty Cumberland County Sheriff’s Office Lt. Jeffrey Hash, The Fayetteville Observer reported.

Two witnesses have made comments on social media, released a video and spoken at a demonstration, creating “significant public attention,” according to the petition.

Senior Resident Superior Court Judge Jim Ammons told the newspaper that he approved the release “in the interest of justice.”

Under a North Carolina law passed in 2016, body and dash camera footage is not public record. Anyone can ask a court to order its release, however.

Fayetteville police said Monday that a preliminary investigation determined that Walker, 37, “ran into traffic and jumped on a moving vehicle.” Hash shot Walker and then called 911, police said. Walker was pronounced dead at the scene.

In the 911 call, which was released by the Fayetteville Police Department and heard by NBC News, Hash says: “A male jumped on my vehicle and broke my windshield. I just shot him.”

When the dispatcher asks Hash to identify himself, he says, “I’m a lieutenant with the Cumberland County Sheriff’s Office.”

Ben Crump, the civil rights attorney who represented the family of George Floyd and has been retained by the Walker family, told a rally at a Fayetteville church that Walker was the single father of a 14-year-old son.

“There are a lot of reasons why Black children have to grow up without their fathers,” Crump said. “But this reason is unacceptable. This is unacceptable that we have to tell that young boy that his father was shot unnecessarily, unjustifiably and unconstitutionally by somebody who was supposed to protect and serve him.”

Floyd, a Black man, was killed in 2020 by Minneapolis police officer Derek Chauvin, who pressed his knee against Floyd’s neck for more than nine minutes as Floyd said he couldn’t breathe and eventually went limp. Chauvin was sentenced to 22 1/2 years in prison on murder and manslaughter charges.

Walker’s family attended the rally, as did Floyd’s brother, Philonise, and a nephew.