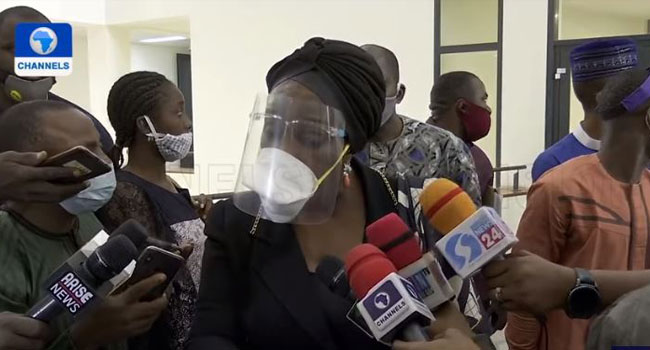 Joy Nunieh the former acting managing director of the Niger Delta Development Commission (NDDC), has finally appeared before the House of Reps Committee on NDDC.

Ms. Nunieh was billed to appear before the committee on Thursday but her house was besieged by some security agents, hindering her from making a physical appearance.

The former NDDC MD, however, finally made her appearance midday on Friday, addressing the Committee via Zoom.

Speaking at the hearing, Ms. Nunieh told the lawmakers that she did not touch funds meant for the Niger Delta People as some have alleged in different quarters.

“It’s best to have N5k that you worked for than having...

Ondo election: Many injured, over 20 vehicles, motorcycles destroyed as APC,...