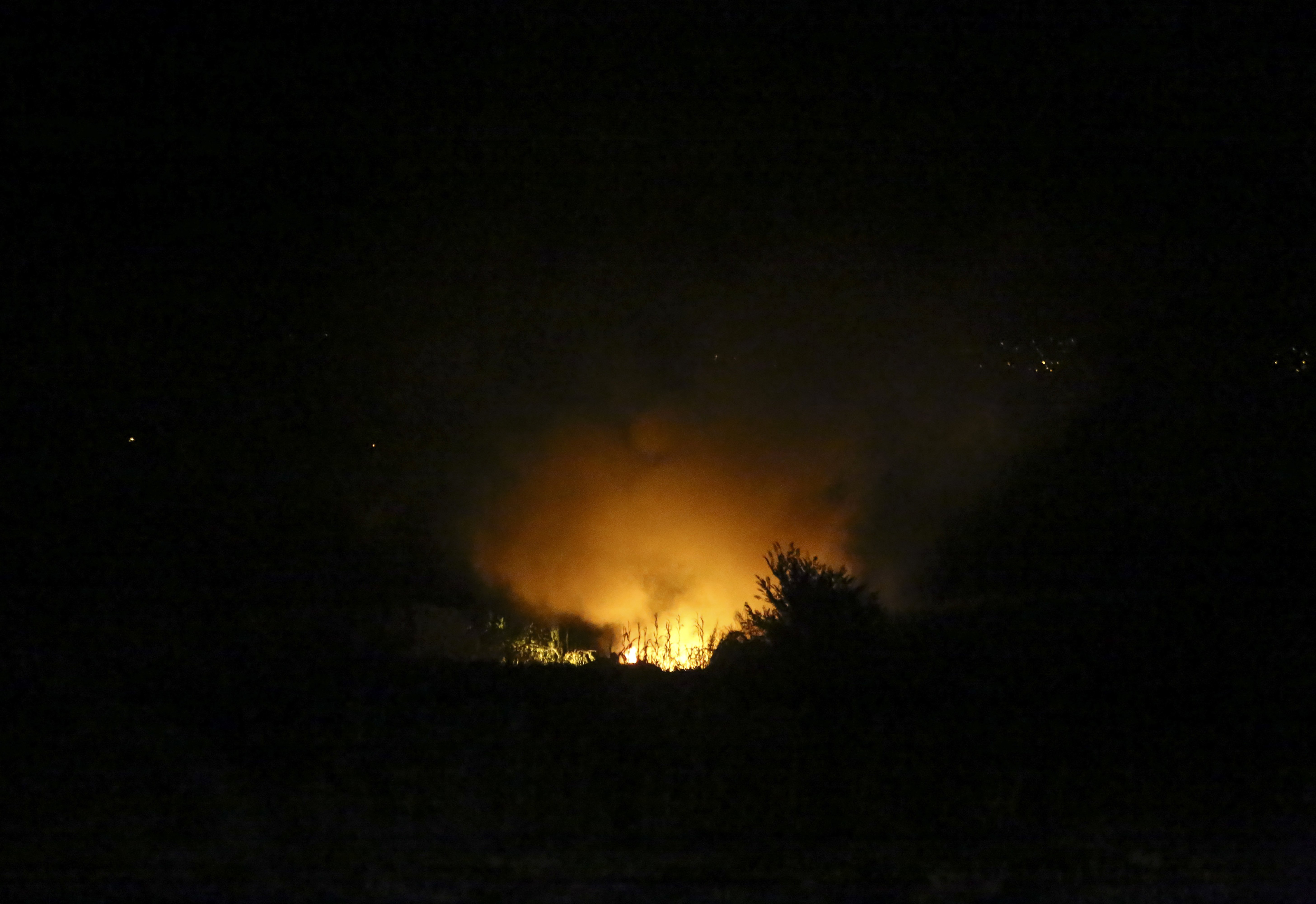 PALAIOCHORI, Greece — An Antonov cargo plane operated by a Ukrainian airline crashed Saturday near the city of Kavala in northern Greece, authorities said. Local residents reported seeing a fireball and hearing explosions for two hours after the crash.

Greek Civil Aviation authorities said the flight was heading from Serbia to Jordan. The An-12, a Soviet-built turboprop aircraft, was operated by cargo carrier Meridian.

Greek media reported there were eight people on the plane and that it was carrying 12 tons of “dangerous materials,” mostly explosives. But local officials said they had no specific information on the cargo and provided varying numbers of people on board.

As a precaution because of a strong smell emanating from the crash site, a coordinating committee made up of municipal, police and fire service officials told inhabitants of the two localities closest to the crash site to keep their windows shut all night, to not leave their homes and to wear masks. Authorities say they do not know if there were dangerous chemicals on the plane, including those contained in batteries.

Greece’s Civil Aviation authority said the pilot managed to alert authorities about a problem in one of the plane’s engines and he was given the choice of landing in either the Thessaloniki or Kavala airports, and he opted for Kavala, which was closer, saying that he had to make an emergency landing.

Communication with the plane ceased almost immediately afterwards. The plane crashed about 25 miles west of the airport.

“We were hearing explosions until a few minutes ago,” Filippos Anastassiadis, mayor of the municipality of Paggaio, told the Associated Press a little over an hour after the accident. “I am about 300 meters from the site of the crash.”

One of Anastassiadis’ deputies told state broadcaster ERT that explosions were heard for two hours following the crash.

Locals reported seeing a fireball and a plume of smoke before the crash.

ERT reported that army and explosive experts were en route to the site, located on farmland close to two villages that are part of the Paggaio municipality. But they are not expected to start working before dawn. Experts from Greece’s Atomic Energy Commission will join them.

The fire service has cordoned off the area at a radius of about 400 meters. The cordoned-off area will be expanded at dawn, fire service officials said.