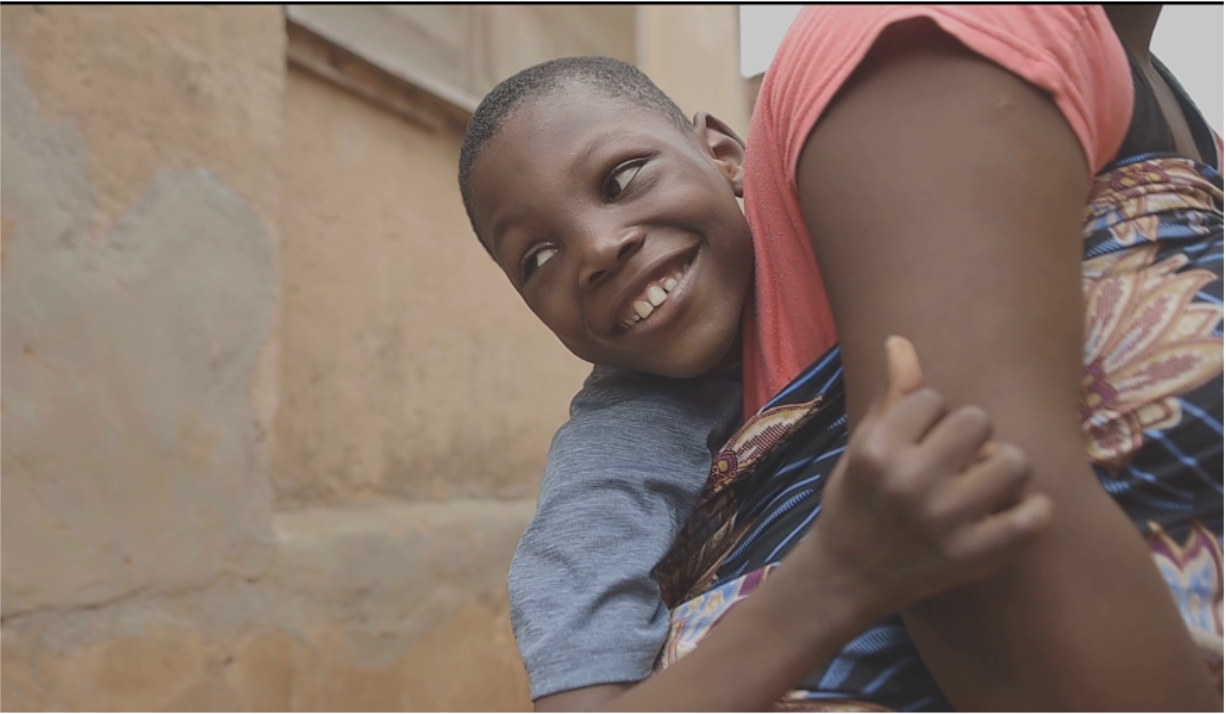 Nifemi who is 8 years old was born at Get Well hospital, Isale Oja Agege, and everything seemed normal until he was taken for immunization after eight days at Ijanikin Hospital, where it was detected that he had jaundice. He was then taken to Badagry hospital for treatment.

From Badagry, he was transferred to Outreach Hospital, Festac, where he was admitted and was given blood transfusion. He was taken care of and discharged after two weeks. At five months, his parents noticed he could not sit and was then taken back to the hospital. They said it was because of his health which had been affected a lot, then referred him to Igbobi Hospital in Onipanu and since then, it’s been back and forth on his health issue doing several check ups, running different tests.

Unfortunately in 2016, Nifemi’s father died, leaving only his mum to cater to him. In all, Nifemi has been taken to various hospitals, several test run and also engaged in physiotherapy, purchased chairs and back holds and every step taken as directed.

I have gotten a series of advice from various people about disposing of him, pack all his clothes out but I have the fear of God. Sometimes I do feel tempted to leave and abandon him or lock him up inside. I tried taking him to private schools, but he was rejected because of his condition. He can’t sit, walk nor speak clearly to state what he wants. I always try to suggest his needs for him so it has not been easy for me. All my effort to move forward is to no avail because of his health. I am not happy at all. The drugs I purchase for him monthly is 17,000. The physiotherapy and OT with speech therapy is 12,000. I take him to Oshodi at the Psychiatric hospital for checkup monthly.

Anyone that God has sent and placed in their heart to help me as regards Nifemi. I need money for his medications, feeding, and also to take care of him. I have seen a special school for him but the school fees is expensive. Have mercy on me. I am incapacitated.

Kindly log on to donate-ng.com/campaign/nifemi to make donations for Nifemi.

This content has been published for free as part of BellaNaija’s commitment to youth, education, healthcare, and community development. BellaNaija does not take any responsibility for donations made, ensure to always carry out your due diligence before making any donation.