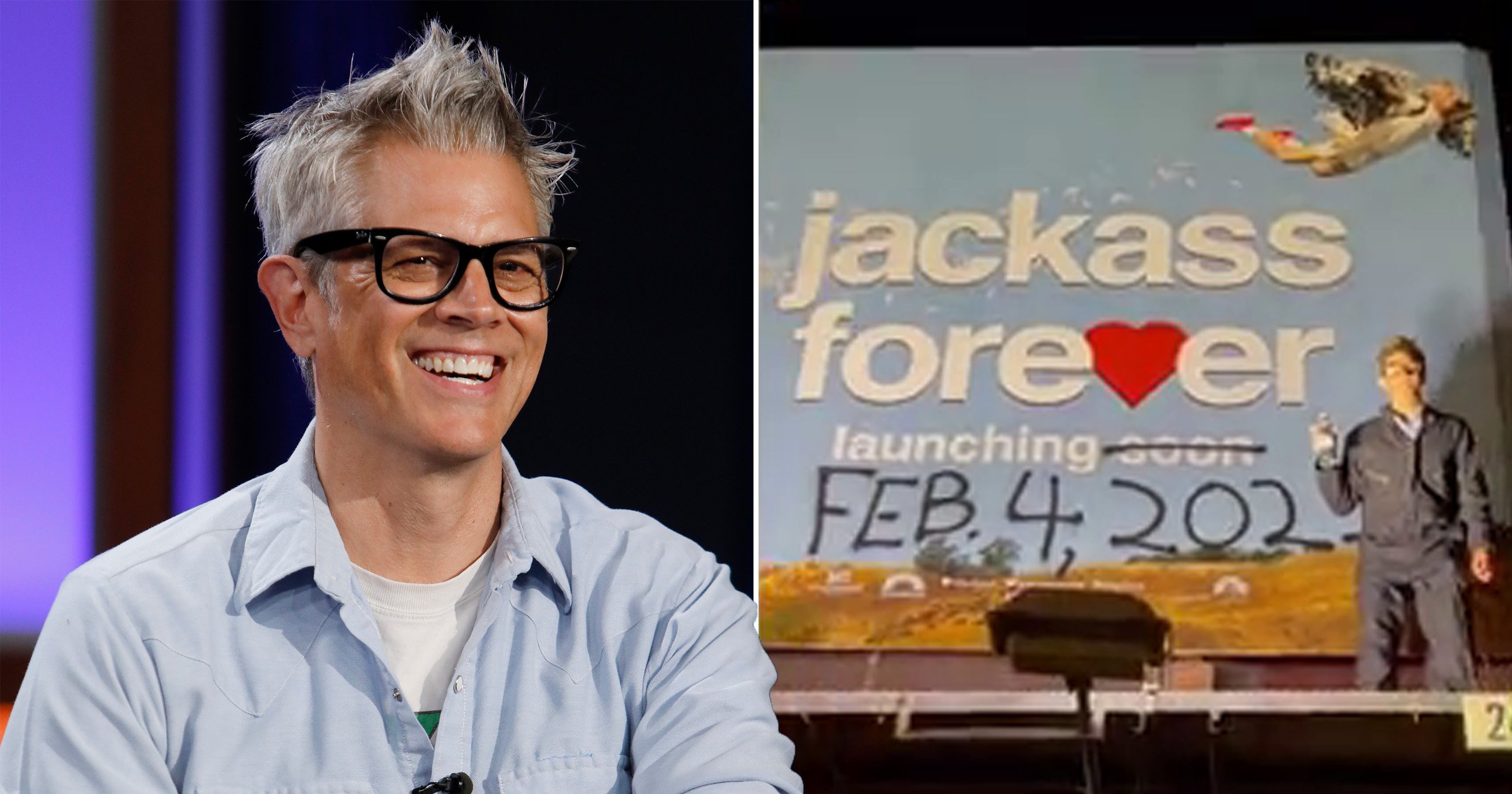 Because why not strip us of one more thing of joy, Jackass Forever has been delayed til next year.

And, hey, throw in another thing, in announcing the gutting news we will have to wait several more months before seeing the lads back in action, Johnny Knoxville revealed he’s a brunette again.

Gone are the days of his silver fox status, which had us all sorts of hot under the collar, the actor has turned the knife with his follicular update.

In sharing the updated release date of the crew’s upcoming movie, Johnny took to great heights and potentially broke several laws as he flashed a spray can to a billboard for the film.

As cars were heard driving beneath him, Johnny was seen stealthily sneaking across a platform with a spray can in hand as he got to work sharing the new schedule.

He wrote alongside the snap: ‘Because of covid we are pushing the release date of #JackassForever to February 4th, 2022. We will see you there.?

So much heartbreak in so few words.

Still, we have to say, in the harsh spotlight which lit up the whole billboard and Johnny’s fiendish act, he still looked like he was rocking a lighter hair colour, after first dropping his epic silver ‘do during a GQ shoot earlier this year.

Anyway, it perhaps comes of no real surprise we’re not the only ones feeling a little more melancholy due to the announcement, with one of Johnny’s fans writing: ‘Bro we really needed that movie this year, times are becoming bleak and we direly need a new jackass movie.’

And others were sad to see Johnny return to brunette following a stint with his natural grey, as one fan bemoaned: ‘Aw man silver fox Knox was a sight to see.’

It felt like only yesterday the trailer for Jackass Forever was released (it was in July, but whatever) which saw Johnny, Steve-O and co show us they’re still prepared to put their bodies on the line – for the time being.

‘Concussions aren’t great,’ Steve-O says in another moment from the trailer, ‘but as long as you have them before you’re 50, it’s cool. And Knoxville’s 49, so we’re good.’

The latest film in the franchise has been a long time coming, with Johnny, Steve-O, Wee Man, Chris Pontius, Dave England, Ehren McGhehey and Preston Lacy reuniting and joined by some new faces, including Machine Gun Kelly.

It’s been 10 years since we last saw these guys put their bodies on the line all in the name of our entertainment – and their own, we’re sure – and from seeing Johnny shot out of a canon wearing only a pair of feathered-wings, to being gored by a bull, it’s clear they’ve pulled no punches.

Shame we have to wait just a wee bit longer.


MORE : Brad Pitt, 57, reckons he’s getting ‘crankier’ as he gets older