John Boyega has hit out at people telling him to also condemn police brutality against white people.

The British actor of Nigerian descent, has been calling out racism and expressing his dislike for racists. This got him reactions from some people asking him to also address police brutality against White people.

The Star Wars actor reacted on Twitter, writing: ‘Don’t waste time tweeting “you need to talk about police brutality against white people” go for one of your celeb coons for that. That Star Wars movie got you lot all the way fucked up. I am staying on topic. We are addressing a specific issue.’ 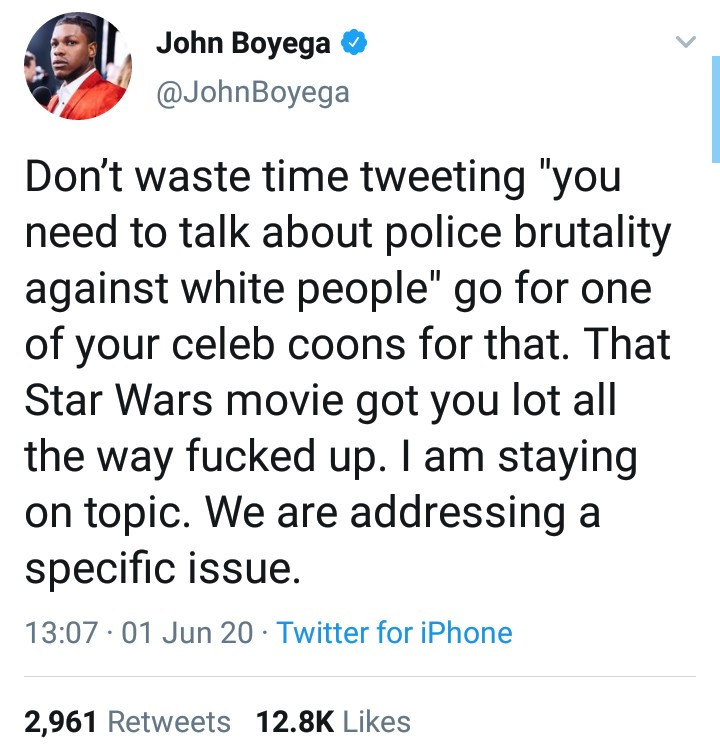 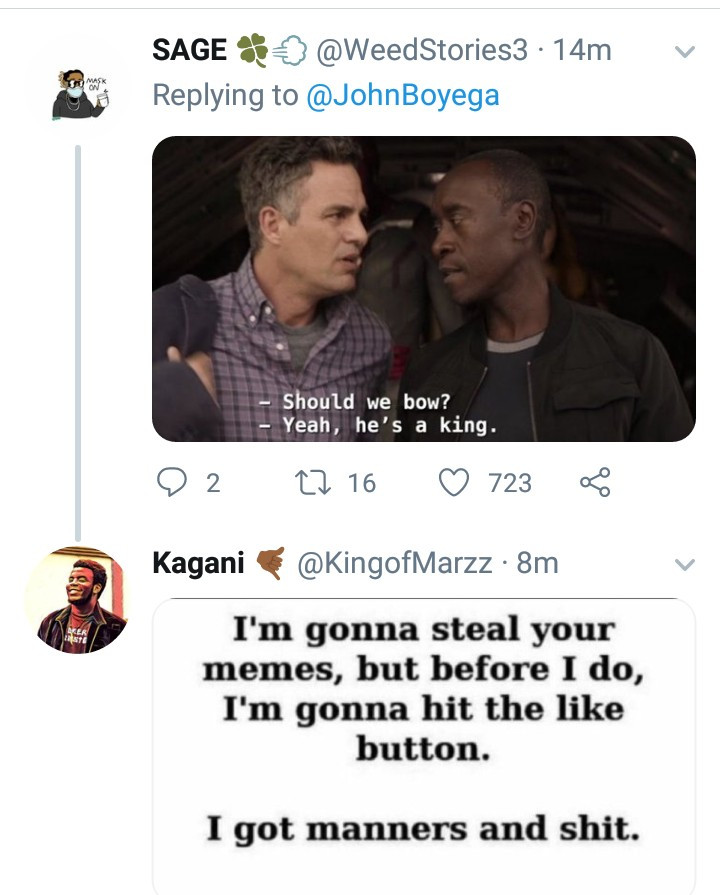 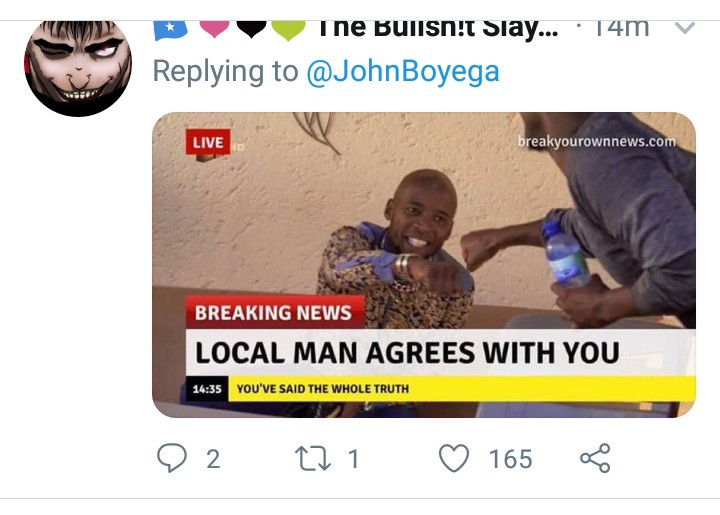