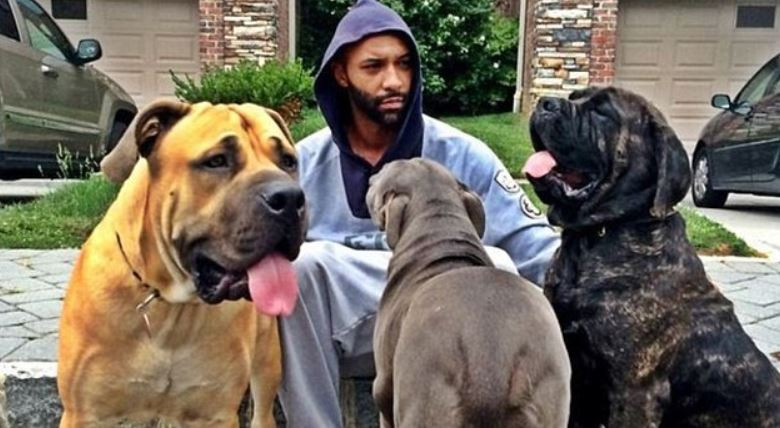 American broadcaster and rapper, Joe Budden has reacted to the allegations made against him by his ex-girlfriend and mother of his child, Cyn Santana.

The response came after leaked audio of a phone call between Budden and his ex, Cyn Santana went viral on social media. Budden was accused of dragging Cyn around the house, kicking her and their shared baby boy, Lexington out of his home, and also not financially supported them since then.

“Defendant has a male dog whom he loves and showers with attention. While most of Defendant’s interactions with the dog are appropriate, I have observed on several occasions one particularly bizarre behavior by Defendant.

“Without putting too fine a point on it, suffice to say that Defendant has not only expressed concern for the dog’s lack of a sexual partner, but has personally assumed responsibility for relieving any pent-up canine sexual tension. Defendant, for reasons I cannot fathom, has personally masturbated the dog. Defendant repeatedly states that he sees this function as his responsibility since there are no ‘b*tches’ around to provide a sexual outlet for the dog.”

Cyn Santana responds to the leaked audio of a conversation she had with Joe Budden pic.twitter.com/dfAoKfRDMj

Reacting to the allegation in an Instalive video, Joe Budden denied the allegation of bestiality and also blamed his former friend, Raqi Thunda for the leaked audio.

Budden continued by alleging that Raqi was the one who helped Cyn try to bring him to court and recorded their conversation the entire time. Moreover, she also had access to the docs that were supposed to be shredded.

Later on in the stream, Budden alluded that the leaked audio and docs were the results of the two ladies falling out and said that Raqi had always wanted to drag him. “I had no business dealing with Raqi. I don’t why she’s feeling what she’s feeling,” he said. “I think she’s sick. I think that she’s bipolar. I think she’s got dementia. She got cold.”

Budden also reshared a tweet from “It’s Just My Opinion” podcaster Isaac Hayes III who alleged that Spotify is behind the smear campaign against his colleague who turned down a recent deal with them.

“So @JoeBudden turns down a new Spotify deal cause he’s been steadfast about owning his content and less than a week later there’s an entire smear campaign against him.”

Internet, some of us were here before you.. we understand how you work. #ThePlanIsStillThePlan #ProtectBlackAndBrownWomen #ProtectAnimals & #AvoidTheGhettoGoofyShit
Love & Light to y’all. 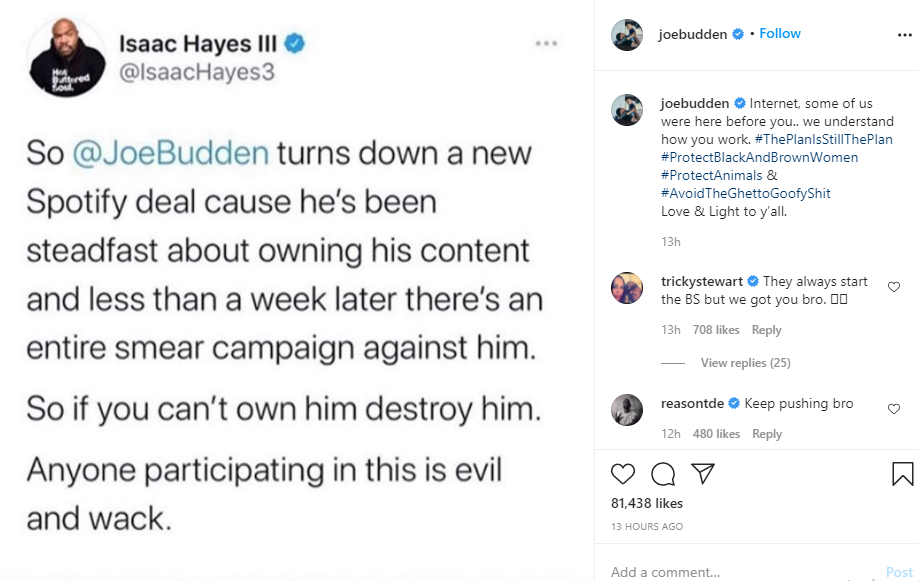 “Ignored by all, abandoned by us”

Weird MC talks Taking a Break from Music & her Return...

COVID-19: Why We Won’t Vaccinate All Lagos Residents