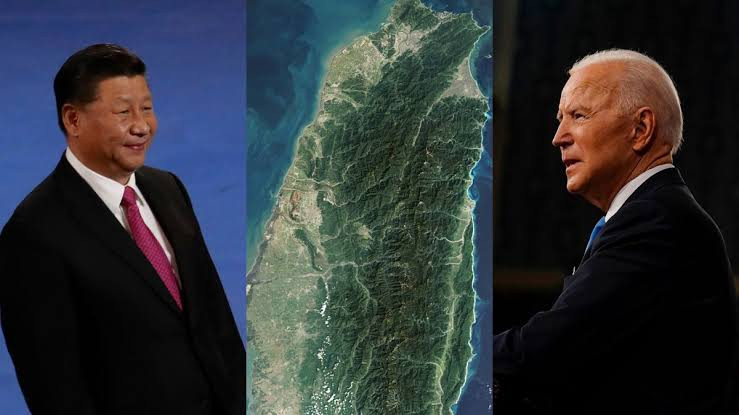 US President, Joe Biden has stated that the United States would intervene militarily if China attempts to take Taiwan by force.

The warning is a deviation from the deliberate ambiguity traditionally held by Washington.

The US provides Taiwan defensive weapons, but has remained intentionally ambiguous on whether it would intervene militarily in the event of a Chinese attack.

Under the “One China” policy, the US acknowledges China’s position that Taiwan is part of China, but has never officially recognized Beijing’s claim to the island of 23 million.

On Sunday, May 22, during Biden’s first trip to Asia as President and during a joint press conference with Japanese Prime Minister Fumio Kishida in Tokyo, Biden was asked if the US would be willing to go further to help Taiwan in the event of an invasion than it did with Ukraine.

“Yes,” Biden replied. “That’s the commitment we made.”

“We agree with the One China policy. We signed on to it, and all the attendant agreements made from there, but the idea that it can be taken by force, just taken by force, is (just not) appropriate,” he said.

In a statement following Biden’s remarks, a White House official said the US’ official position remained unchanged. “As the President said, our policy has not changed. He reiterated our One China policy and our commitment to peace and stability across the Taiwan Strait. He also reiterated our commitment under the Taiwan Relations Act to provide Taiwan with the military means to defend itself,” the official said.

Biden has made similar comments on Taiwan in the past, but the White House corrected his remarks insisting that longstanding US policy has not changed toward the self-governing island.