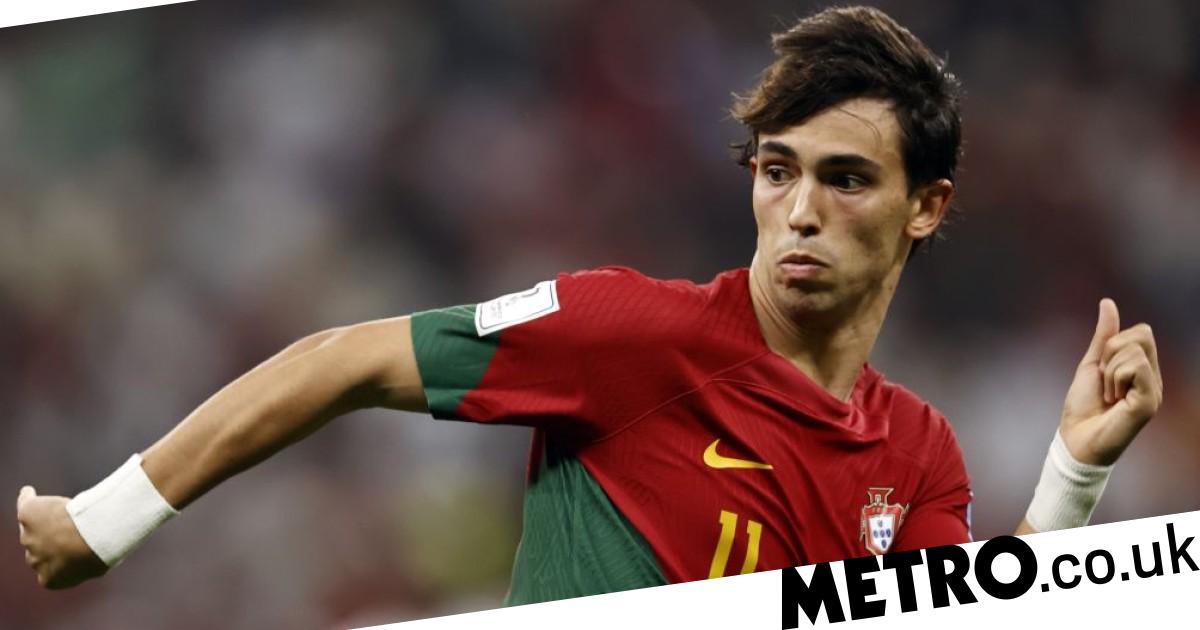 Joao Felix has aimed criticism at his Atletico Madrid manager Diego Simeone after Portugal thrashed Switzerland at the World Cup, with a transfer looking more and more likely in the near future.

Felix started in the 6-1 battering of the Swiss, which has set Portugal up as genuine contenders to win the World Cup, with a quarter-final against Morocco up next.

The 23-year-old is enjoying himself on international duty more than he has been at club level, having made just five La Liga starts this season under Simeone.

After the memorable win over Switzerland, he made it clear that things are different with Portugal than with Atletico, and he is enjoying the more expansive football at the World Cup than he gets to play in Spain.

‘The way you play here and at the club are different,’ Felix told Portuguese channel Spor TV. ‘When the conditions are favourable, things go better.

‘The preparation was the same as the other games. We saw what was best and worst and played because of that, not losing our identity. We played a great game, perhaps the best so far. We are focused and believe completely in us. I hope it’s been shown that we have a great team, we know what we want. We have the support of everyone, and won’t be held back.”

Atletico Madrid paid an extraordinary £113m for Felix when he joined from Benfica in 2019, but it now looks like he will be leaving either in January or the summer of 2023.

Club CEO Gil Marin says the move was a gamble, but it appears not to have paid off, admitting that the forward will likely be on the move soon.

‘Signing him was the biggest bet the club has made in its history,’ Marin told TVE. ‘I think he is a top world-class player, but because of the relationship with the coach, his playing time, his motivation.

‘It’d be reasonable to analyse an option for him to depart if one arrives. It’s reasonable to think that he might leave, although I’d love him to stay. But, that’s not the player’s idea.’

The Premier League is an option for the Portugal forward, with both Manchester United and Chelsea long linked with a move for him.


MORE : ‘I would be angry too’ – Bruno Fernandes reveals Cristiano Ronaldo’s reaction to being dropped by Portugal

Why Nigerian economy lags behind

Tinubu: PDP planning to attack our members in Oyo – APC...

Why Nigerian economy lags behind

Tinubu: PDP planning to attack our members in Oyo – APC...