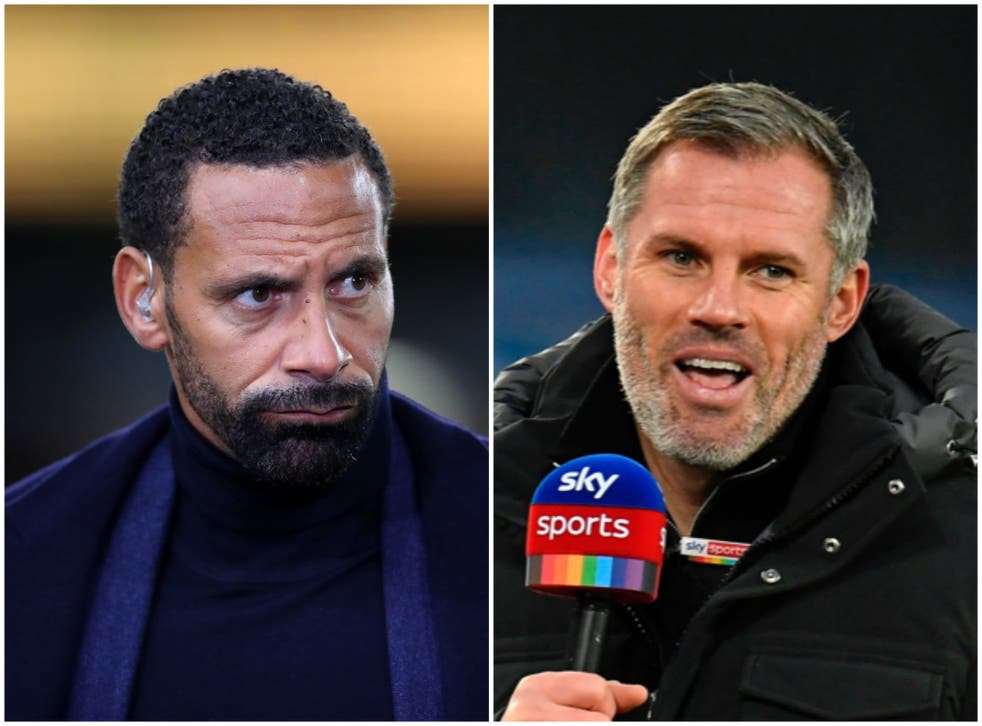 Things got heated between Keane and Carragher in the Sky Sports studio on Monday, November 29 as neither would back down in a furious disagreement about United’s signing of Cristiano Ronaldo following the side’s 1-1 draw with Chelsea. 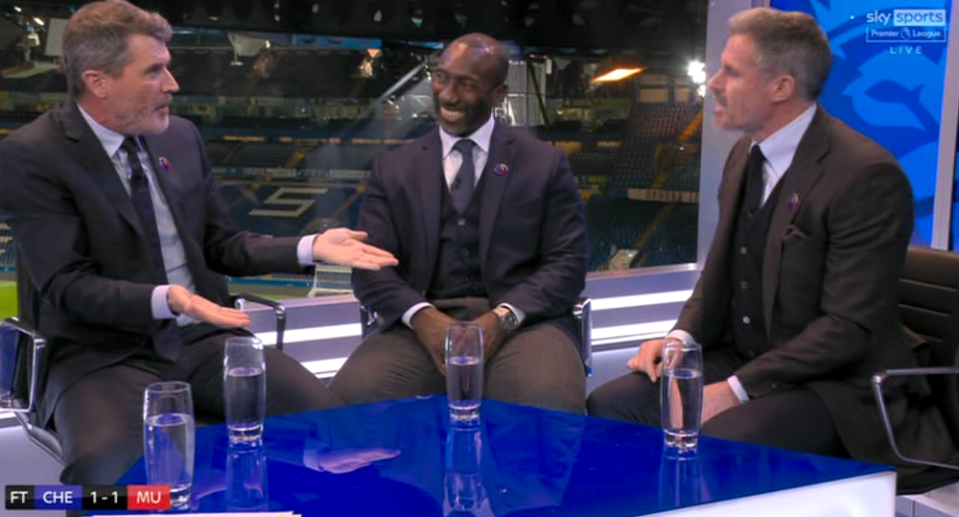 Both pundits tore into each other with Keane saying Ronaldo should play all the big games for Manchester United while Carragher said Ronaldo isn’t the player he once was.

Ferdinand then joined in the argument online stating that Carragher should not argue about premier league titles with Keane because he never won any while he played for Liverpool during his career. 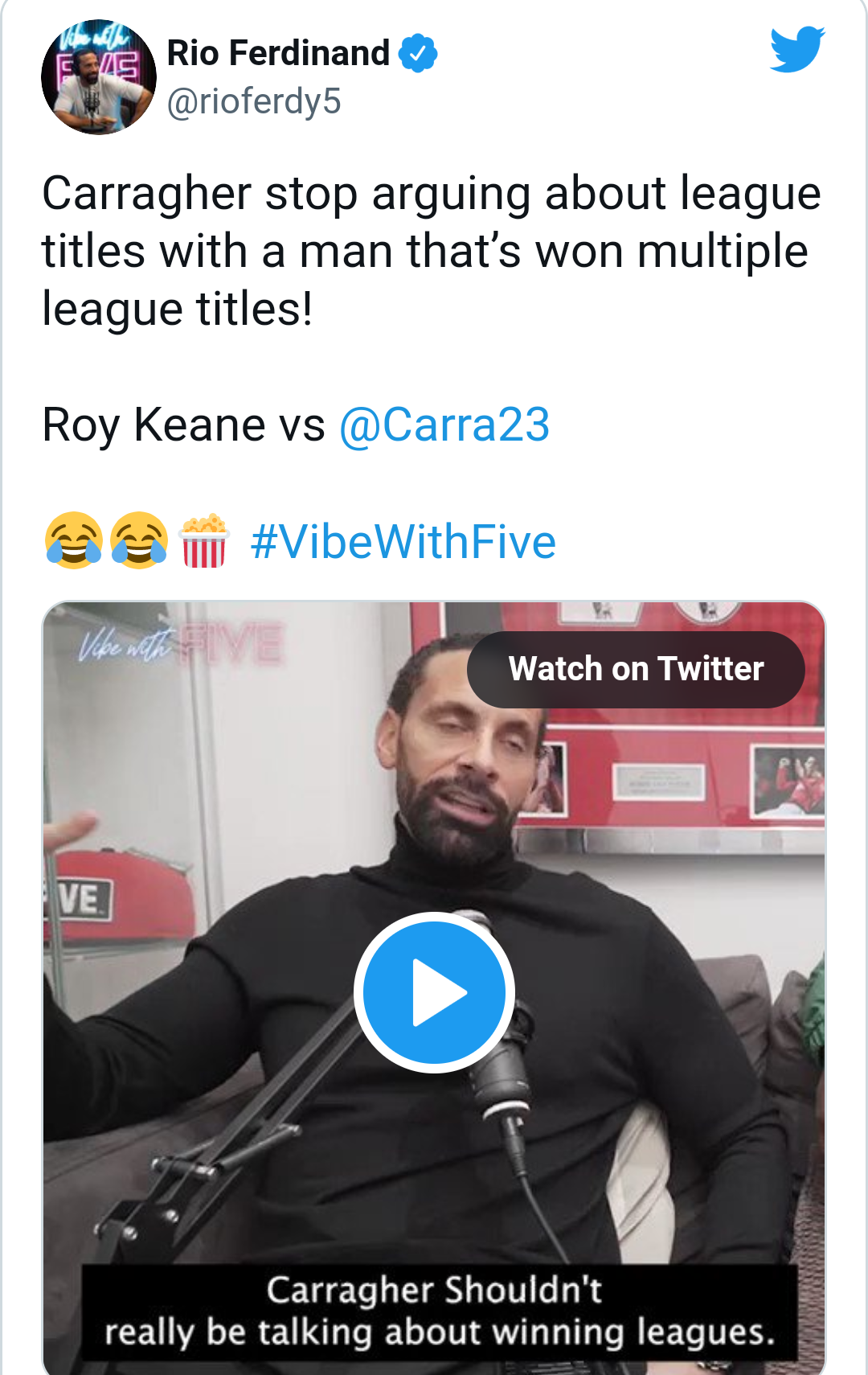 Ferdinand hit out at his old England centre back partner on his YouTube channel.

“He’s never navigated a team through it to that point to win a league so I find it very difficult when he speaks with such conviction about winning leagues.

“You should stick to cup competitions, the moment he talks about leagues I just mute it.”

Carragher failed to win the Premier League in a 17-year career with Liverpool, though won the Champions League among other trophies, while Ferdinand lifted the title six times during a 12-year stint at Man United. 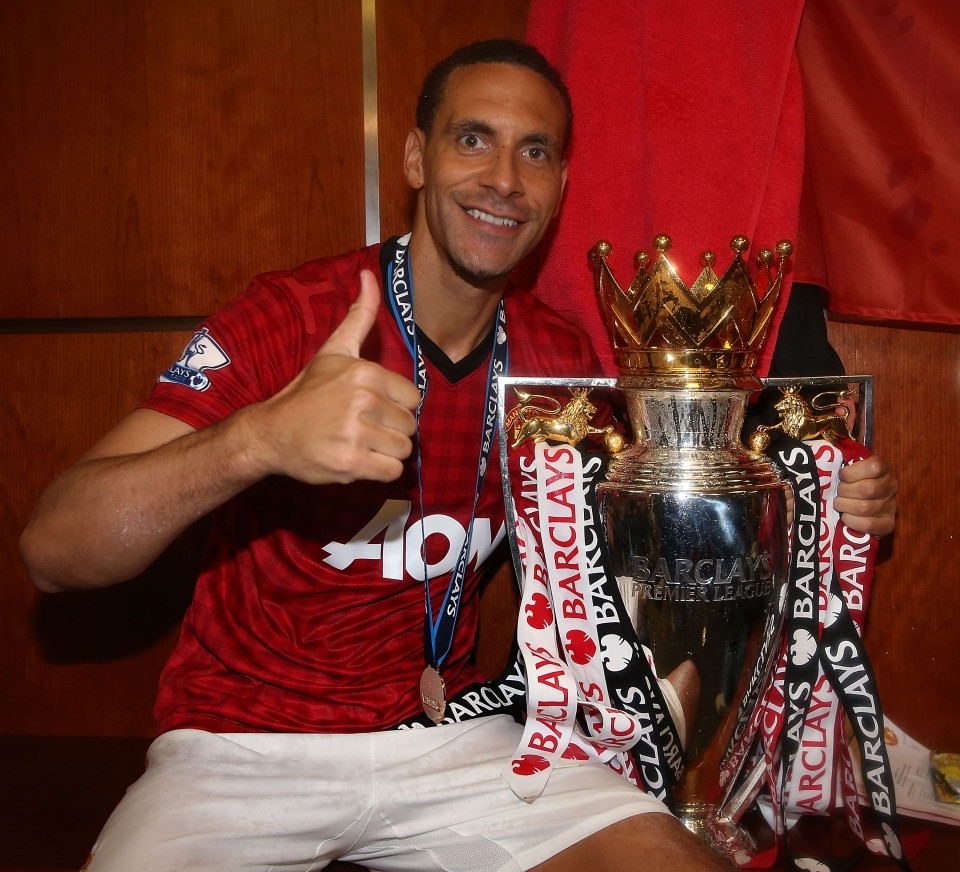 Carragher, however, was quick to bite back, saying Ferdinand didn’t win trophies without Sir Alex Ferguson, as well as alleging Ferdinand wanted to join rivals Chelsea.

“Not talking titles but the deal for Ronaldo to Man Utd which you arranged,” Carragher said.

“No PL for me but Sky like my opinions! No Trophy in your career without [Ferguson] & when you stopped winning PL at MU you tried to move to Chelsea.

“So please stop giving it the big MU fan one!”

After seeing Carragher’s response, Ferdinand, opted to play things down, as he invited Carragher to his show.

“Calm down… It’s all love,” he said. “Just wanted a nibble. U coming on the show next Monday?!” 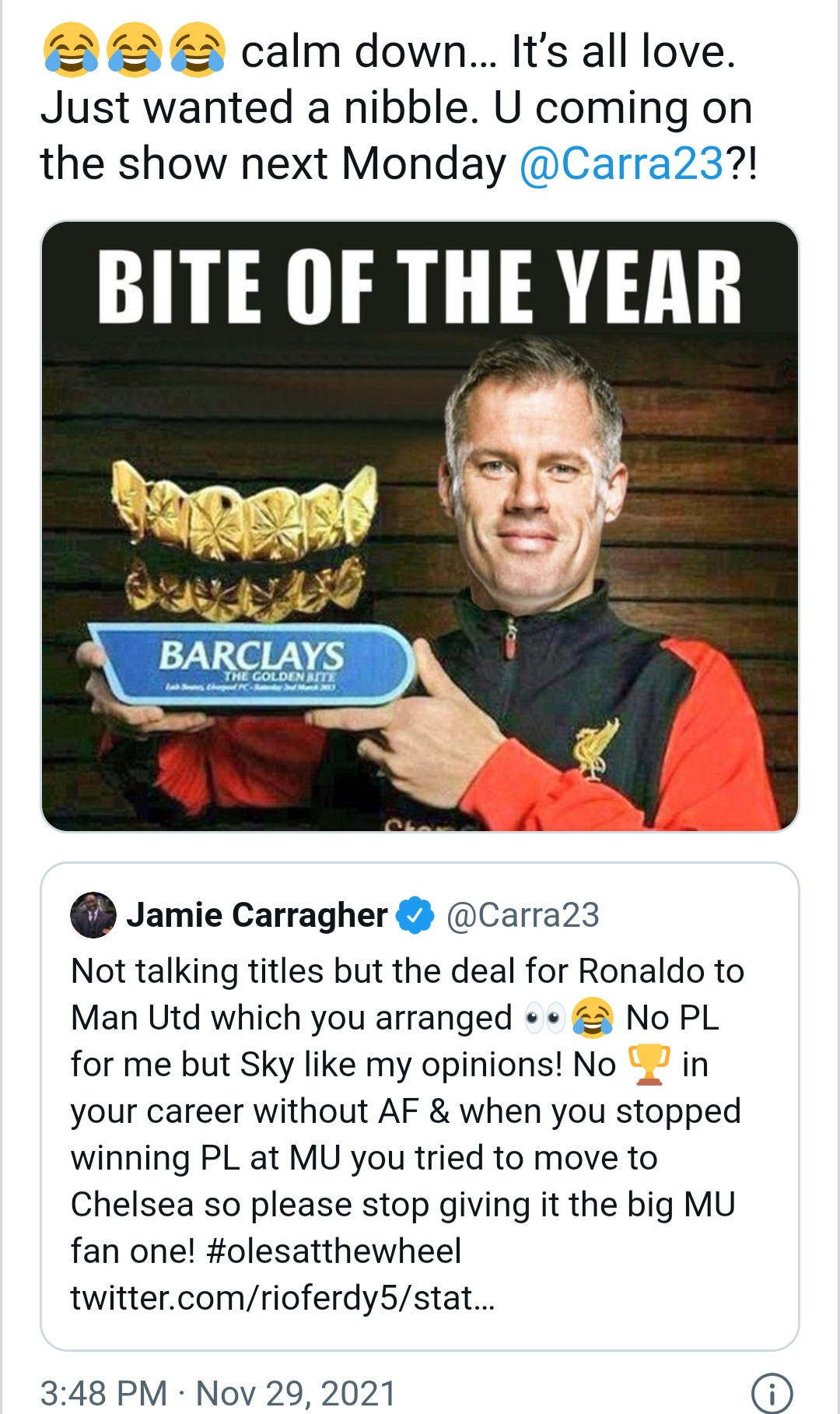 Carragher replied stating that he doesn’t mind coming on Ferdinand’s show as long has he doesn’t mute him. See their tweets below…