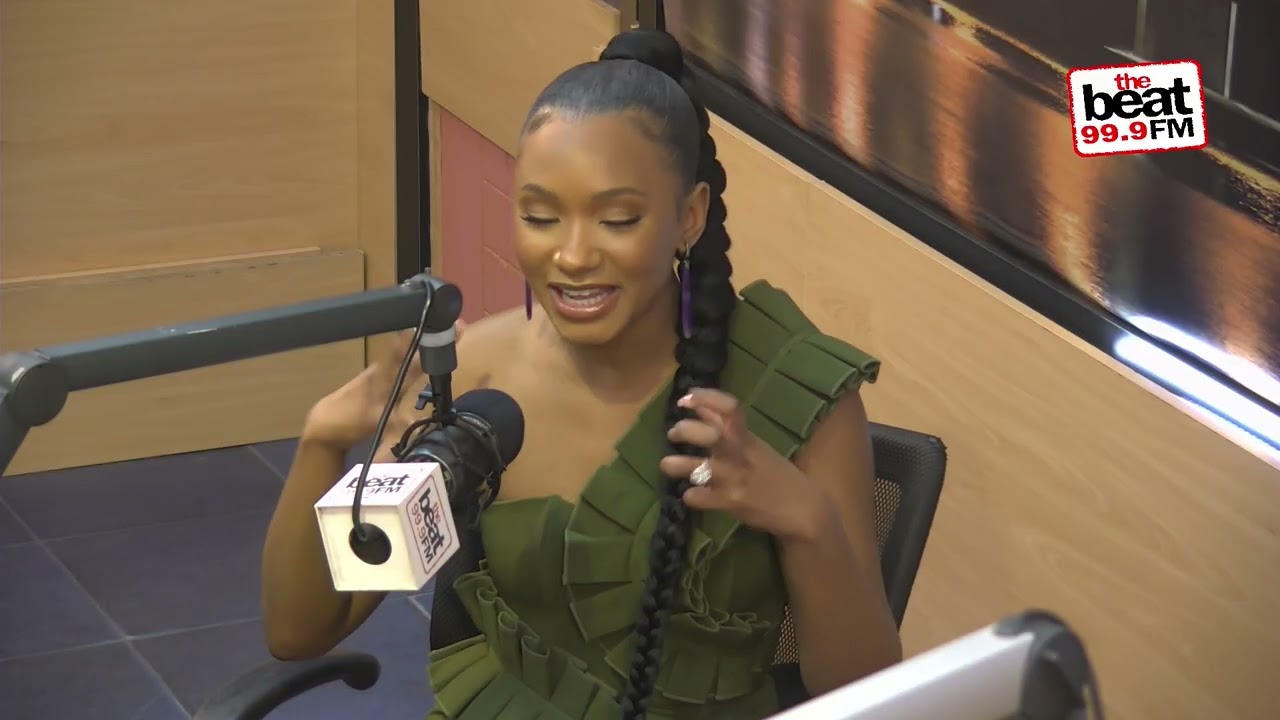 Temi Otedola is in love, and she has the smile to prove it.

The “Citation” actress was a guest on The Beat 99.9 “Drive Time” show hosted by Bibi Raii and Tosan Keke and talked about her acting career, love life, her big sister Cuppy being an inspiration, and her recent feature in Niyi Akinmolayan‘s film “The Man For The Job.”

When asked how she knew Mr Eazi, her music star fiancé, was the one, she blushed and claimed it was because of the feelings and sense of peace she felt about him. Temi went on to say that it was a feeling of home.

It’s not even something about him, I think it’s just a feeling or a sense of peace I can’t feel with anyone else. Feeling like you found your best friend, your person, your soulmate. I don’t know how to describe it, it’s home.

On how she feels being a fianceé, she says:

It’s a very nice feeling. So not like proposal cloud 9 which is very nice. I feel like before you start planning for the wedding you can just enjoy being engaged.

“Once a Boxer, always a Boxer” – Actor Taiwo Hassan explains why he ‘roughed-up’ an Agbero (VIDEO)