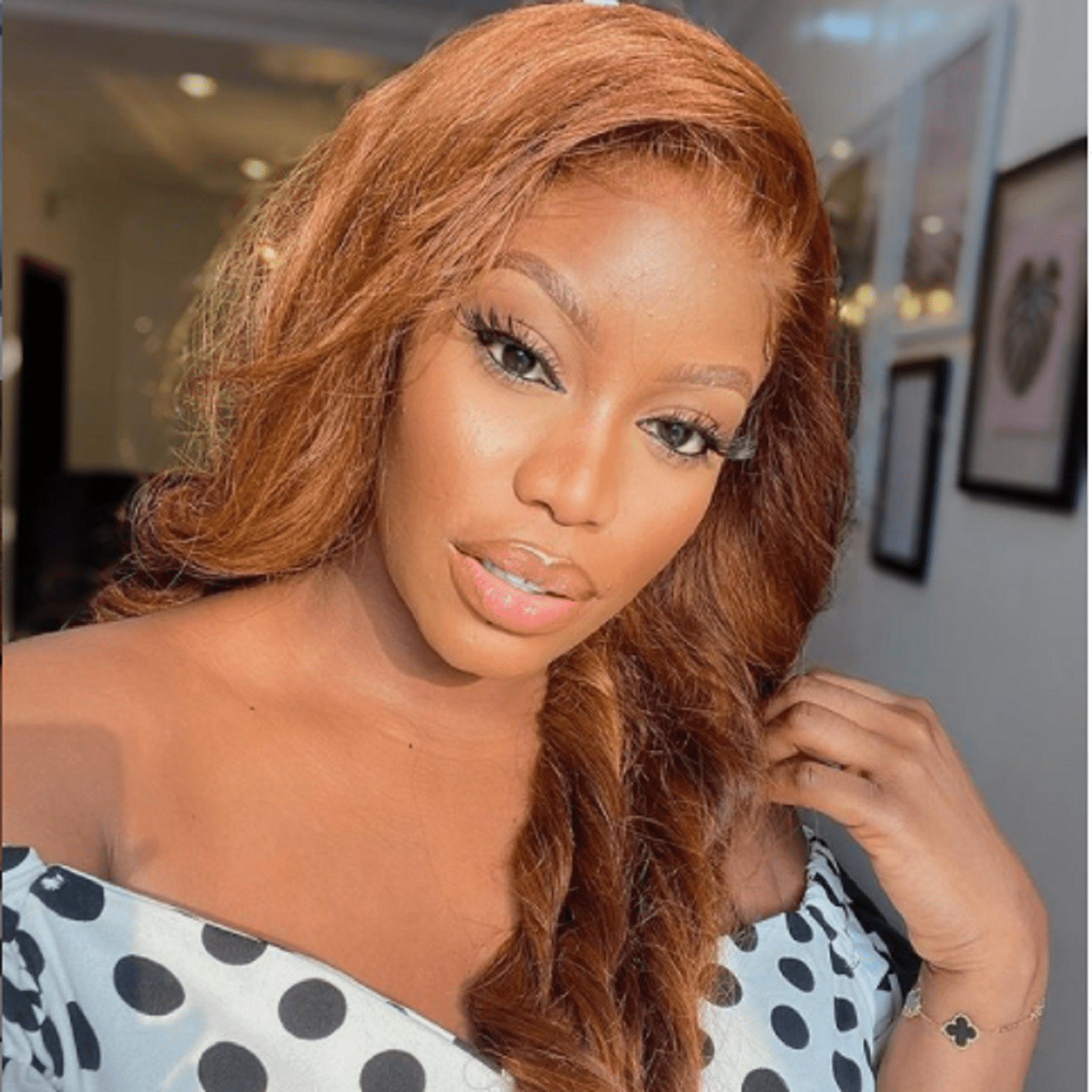 Big Brother Naija star and actress, Eriata Ese has said that it is wrong for baby mamas to share photos of their married baby daddies.

Ese was reacting to a post on Tuface’s baby mama, Pero Adeniyi sharing his photos each time he visits their kids. According to her, it is disrespectful to do such even if there is unity. 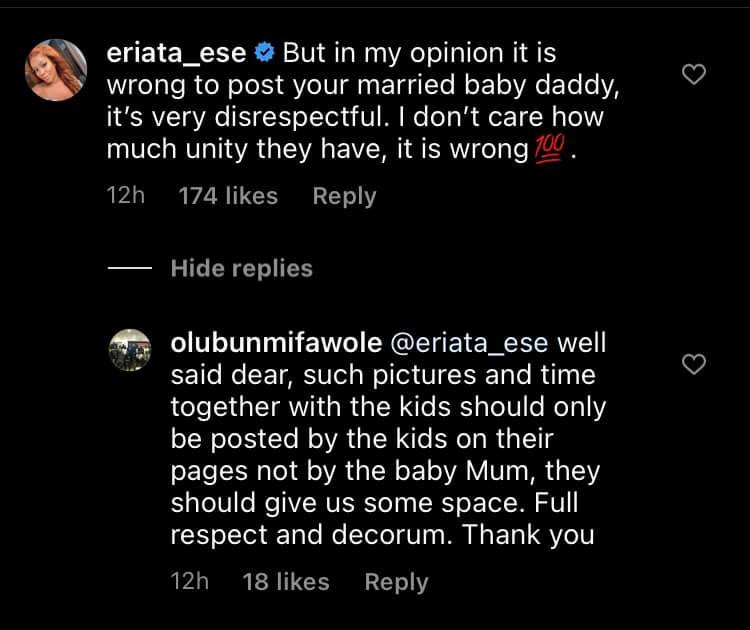 When an Instagram user told her that it is easy to say, Ese responded by saying that it’s fine to take sides but Pero’s man won’t tolerate such if she was in a relationship.

Reiterating that she will never do such if she’s in Pero’s situation, the actress stated that she doesn’t have to be married to have a marital opinion. 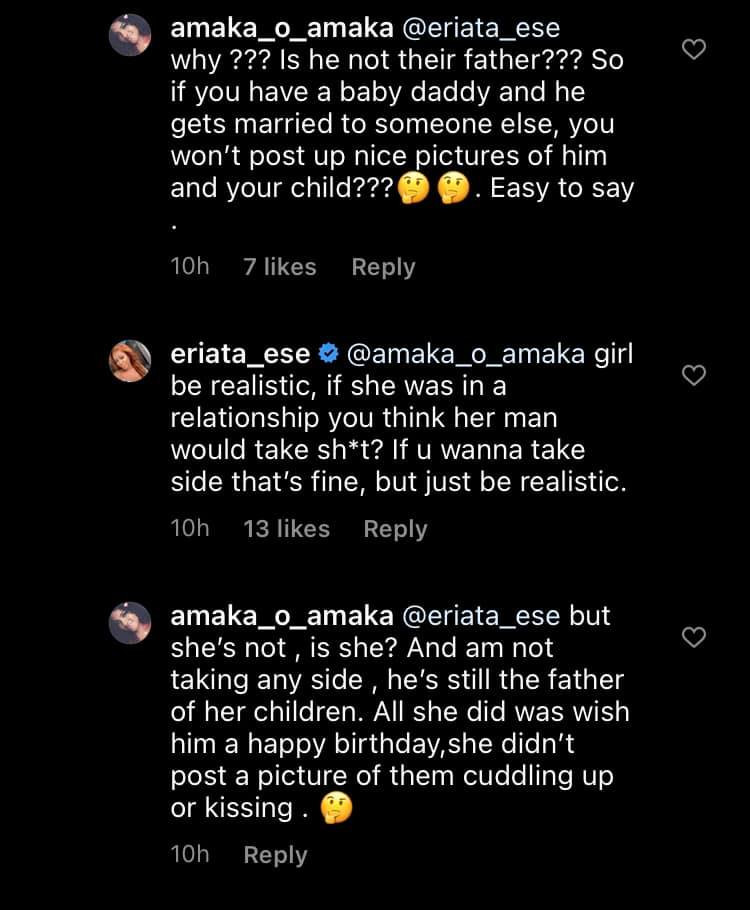 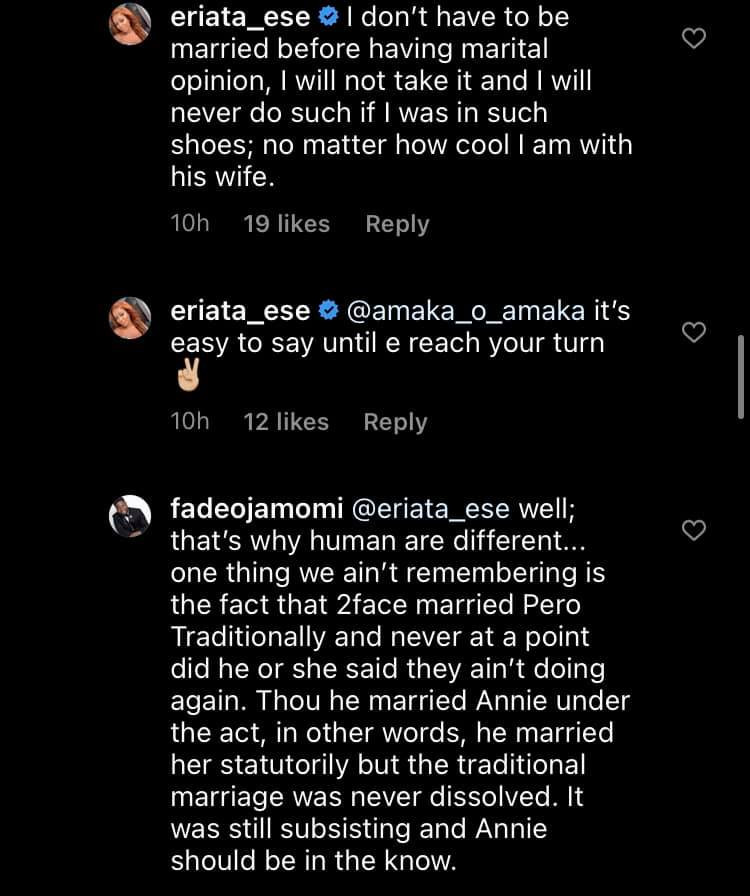