Home National “It is the handiwork of some people for reasons best known to...
Facebook
Twitter
WhatsApp
Telegram
Email 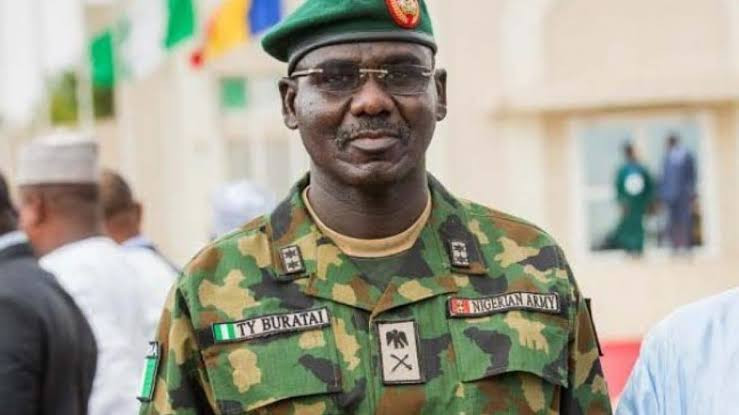 Nigeria’s former Chief Of Army Staff(COAS), Lieutenant General Tukur Buratai, has distanced himself from campaign posters indicating his interest in contesting for the 2023 presidential elections.

The statement reads; “The attention of His Excellency, Lieutenant General Tukur Yusufu Buratai (rtd), Nigeria’s Ambassador to Republic of Benin and former Chief of Army Staff, has been drawn to calls and dissemination of campaign posters calling on him to join partisan politics and contest for Presidential candidature of one of the political parties by some persons.

“However, it is essential to state that the Ambassador has never indicated interest, discussed with, or directed anyone on such matters. Therefore, such calls and posters should be  discountenance as they did not emanate from him, nor is he interested in them. It is entirely the handiwork of some people for reasons best known to them.

“His Excellency wishes to reiterate his contentment and commitment to national service in his present capacity as Nigeria’s Ambassador to the Benin Republic. He remains loyal and eternally grateful to President Muhammadu Buhari for the opportunity to serve. He, however, wishes to thank all well-meaning persons, friends and well-wishers who showed concern over this development”.