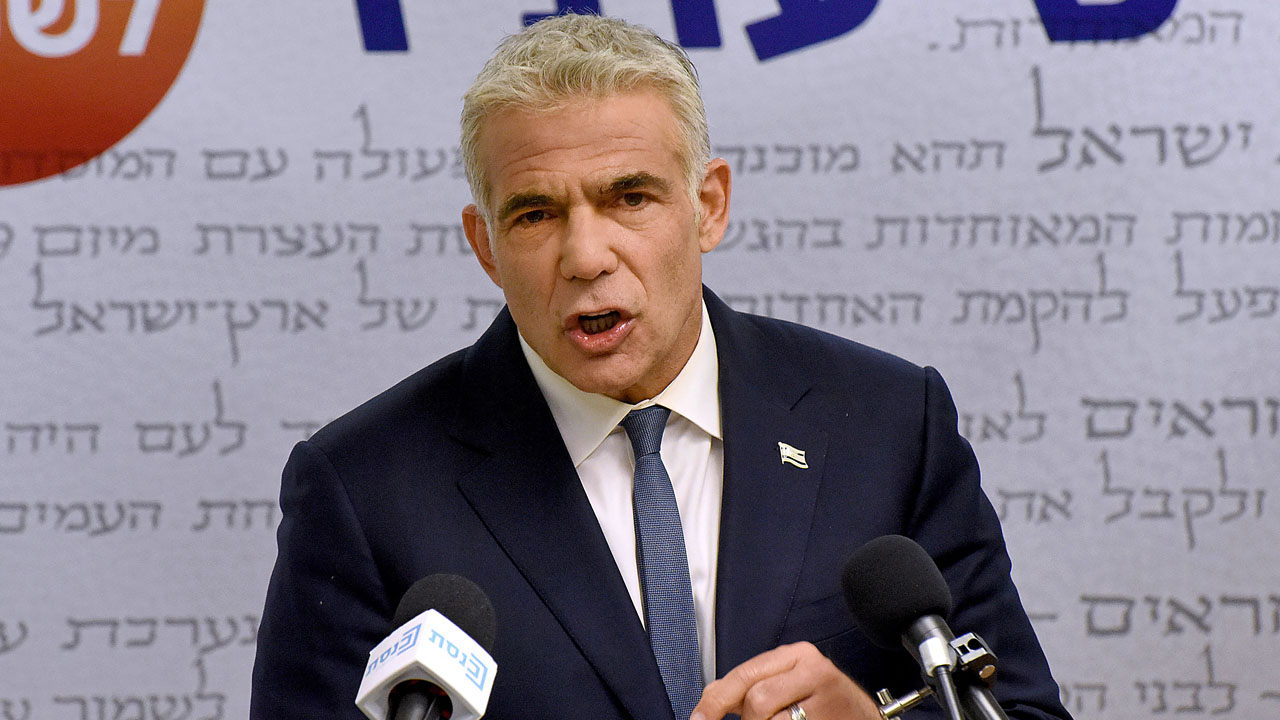 Israel’s centrist opposition leader Yair Lapid delivers a statement to the press at the Knesset (Israeli parliament) in Jerusalem on May 31, 2021. – Lapid said “many obstacles” remain before a diverse coalition to oust long-serving right-wing Prime Minister Benjamin Netanyahu can be agreed. (Photo by DEBBIE HILL / POOL / AFP)

Should it be confirmed by the 120-member Knesset legislature in the coming days, it would end the long reign of the hawkish right-wing leader known as Bibi, who has long dominated Israeli politics.

Lapid’s announcement late Wednesday came in the final hour before a midnight deadline, following marathon negotiations with a group of parties spanning the political spectrum, united only in their desire to oust Netanyahu.

“I succeeded,” Lapid, a former TV news anchor, wrote on Facebook. “I promise that this government will work in the service of all of the citizens of Israel, those who voted for it and those who did not.”

The right-wing nationalist tech millionaire Naftali Bennett, 49, would serve first as prime minister in a rotation agreement, with Lapid to take over after two years.

“With the help of God we will do together what is good for Israel and we’ll get Israel back on track,” Bennett told Israel’s President Reuven Rivlin after Lapid had informed Rivlin of their coalition.

The opposition leader and his partners now have at least a week before lawmakers must vote to confirm their government -– a period during which Netanyahu and his Likud party are expected to try to do what they can to prevent it.

Should last-minute defections scupper the “change” alliance, Israel would likely have to hold yet another election, the fifth in just over two years.

Down to the wire
Lapid, who heads the secular centrist party Yesh Atid, last Sunday won the crucial support of Bennett, head of the Yamina “Rightward” party.

To build the anti-Netanyahu bloc, Lapid had to sign individual agreements with seven parties.

Also part of the alliance are the Labor party, the dovish Meretz party, and the centrist Blue and White party of Defence Minister Benny Gantz, who unsuccessfully challenged Netanyahu in three previous votes.

Gantz, who tweeted it was a “night of great hope,” headed to Washington for pre-scheduled talks Thursday on Iran with US officials including Secretary of State Antony Blinken.

“I just signed an agreement with Yair Lapid so that he can declare that he can form a government after reaching… agreements on various issues that serve the interest of Arab society,” he said.

Other Arab lawmakers supported the late prime minister Yitzhak Rabin from outside his coalition in the 1990s, but Abbas was the first Arab politician in Israel to openly bargain for a role in the coalition, said political analyst Afif Abu Much.

Abu Much noted that lawmakers with other parties representing Arab citizens of Israel announced they would oppose the government headed by Bennett, a strong supporter of Jewish settlements in the West Bank.

‘Fraud of century’
Lapid was tasked with forming a government after Netanyahu failed to put together his own coalition following March elections, the fourth inconclusive vote in less than two years.

In an editorial, The Jerusalem Post warned that “the hard part is just beginning” for the disparate coalition but said it “has a chance to really change Israel for the better” after years of political turmoil.

Wednesday night’s deal deepens the woes of Netanyahu, 71, who is on trial for criminal charges of fraud, bribery and breach of trust while in office — accusations he denies.

If he loses power, he will not be able to push through changes to basic laws that could give him immunity, and will lose control over certain justice ministry nominations.

The premier, who served an earlier three-year term in the 1990s, has long been the dominant figure of Israeli politics and was close to former US President Donald Trump.

But he has not engaged in substantive peace talks with the Palestinians, who have been angered by Israel’s deepening control of areas they eye for a future state.

Escalating tensions between Israel and the Palestinians last month spiralled into a deadly 11-day exchange of rocket fire from Gaza and devastating Israeli airstrikes.

Netanyahu defiantly condemned the alliance against him as “the fraud of the century” last Sunday, warning that it would result in “a left-wing government dangerous to the state of Israel”.