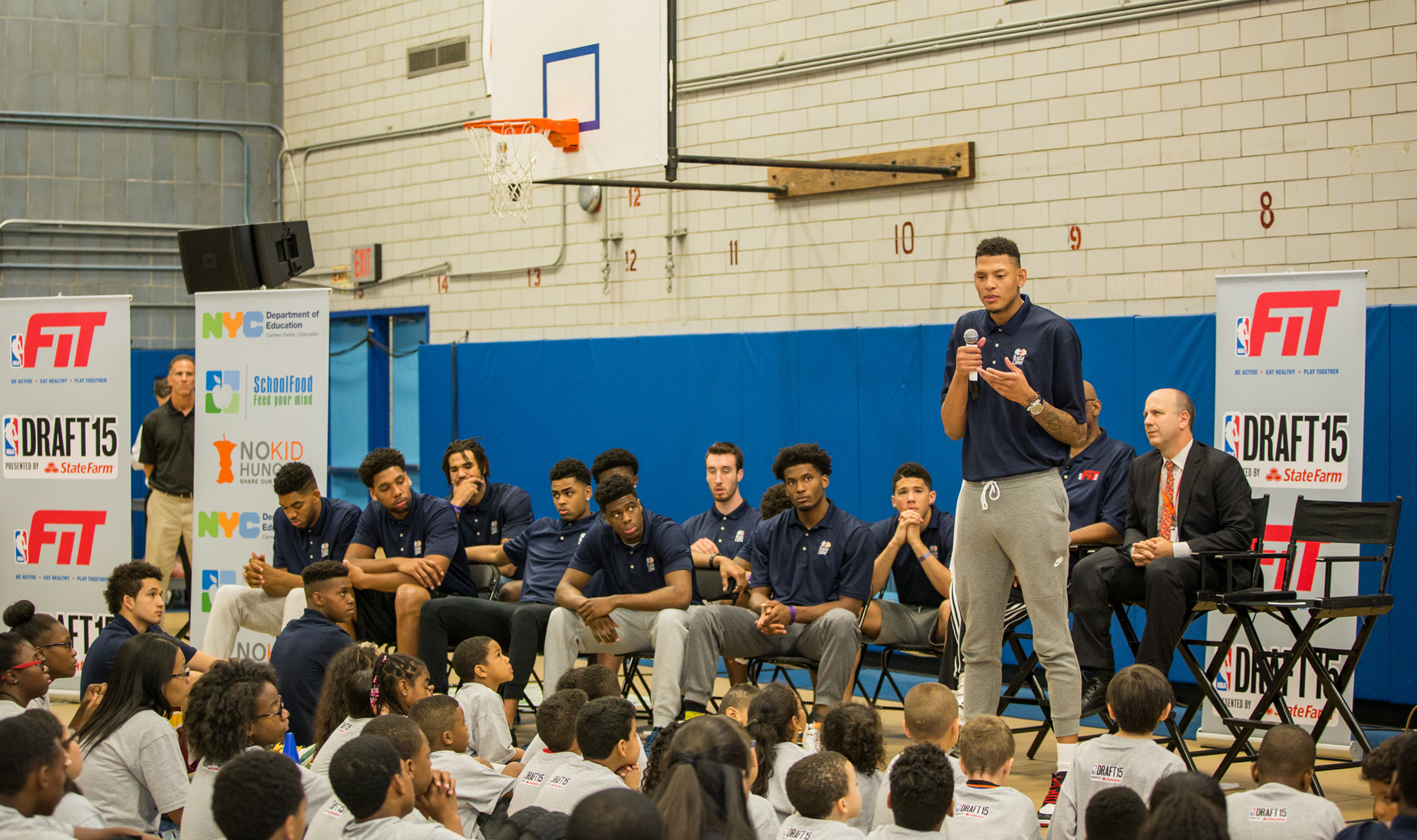 Isaiah Austin walked into practice June 21, 2014, and immediately knew something was wrong.

Austin was coming off a banner season playing for Baylor University, leading his team to the NCAA Sweet Sixteen. As a 7-foot, 1-inch center, he had been known for his flashy blocks. And now he was projected to be a first-round pick in the NBA Draft, making all his dreams come true, just five days later.

“Everybody’s aura was off that day,” Austin said. “I’m the type of guy to speak up, so I’m yelling at guys like: ‘Yo, what’s up with you guys? You don’t have the same energy as we always do. I’m trying to get after it today.’”

Ray Forsett, Austin’s high school coach, was leading one of Austin’s pre-draft workouts. But Forsett already knew Austin would not play in the NBA. He interrupted Austin’s pep talk at center court at Mo Williams Academy in Dallas and simply reminded him to enjoy being on the court, Austin said.

“After the workout, we were driving home, and I just felt like his whole personality changed towards me, almost like he was just sad for me or something,” Austin said. “And I just remember driving down the road. I was in the passenger seat. And I remember seeing my parents’ car in the driveway, and at this time they lived in Kansas. So I was like, ‘Man, they might have a surprise party for me or something,’ like, what’s going on? And I remember walking through the front door and my whole coaching staff was there from Baylor, my agent was there, my pastor was there — brother and sister, whole family, my whole circle, my tight-knit circle that I’ve been through everything with was there.”

Austin’s mother delivered the news that he was medically ineligible to play in the NBA. Austin, who is blind in his right eye, said he knew before then that there was a chance he could not play, but he brushed it off. He was also notified at the NBA combine, where top draft prospects are exhaustively examined and assessed, that his DNA would be tested for Marfan syndrome. Still, he said, he thought he was in the clear because he was allowed to go through the pre-draft process.

But his loved ones confirmed that he did, in fact, have Marfan syndrome, a rare genetic condition that disrupts how cells, organs and tissue connect, resulting in a key complication in which heart arteries enlarge to the point of tearing. The confirmed diagnosis meant the end of his plans to play in the NBA.

Austin’s career trajectory had suddenly flipped. But years later, he is taking on a new role in the NBA, one that had not been in his plans when he left Baylor after two seasons as a student-athlete eyeing the NBA. Last month, Austin started a one-year fellowship created specifically for him in the league’s player development department.

“I work closely with the teams and try to help players find their interest points outside of basketball,” Austin said. He said it is an opportunity to “expand my horizons and show that I am more than just a basketball player and that I’m capable of doing anything I set my mind to.”

Austin recalled that before the diagnosis, he had been “overjoyed with the thought that my dream of being able to take care of my family and give something back to my family for all that they’ve sacrificed for me was about to come true.”

But once he learned he would not be playing in the NBA, “I was filled with sorrow during that time,” Austin said. “I didn’t know what I was going to do with my life.”

NBA Commissioner Adam Silver still drafted him as an honorary player. “Isaiah committed himself through endless hard work and dedication to a potential career as a professional basketball player, and we wanted to make sure he fulfilled at least this part of his dream,” Silver said in 2014.

Austin said the moment brought him some closure.

“Being able to walk across that stage and being able to shake Adam’s hand kind of brought some light at the end of the tunnel for me,” he said. “That moment will always be engraved in my mind and my family’s mind like a beacon.”

Austin turned to opportunities overseas in hope of still playing professionally. His cardiologist, Dr. David Liang, wrote a letter in 2017 confirming that he was able and healthy to play, Austin said, adding that Liang observed no clear symptoms of Marfan syndrome.

These days, Austin is at peace with how things unfolded: “Sometimes you’re just dealt a bad hand.”

Austin returned to Baylor where he studied health, kinesiology, and leisure studies, and graduated last year. His position in the NBA keeps him close to basketball. Over the next year, he will network and shadow teams and events, such as the All-Star Game and the draft, for additional exposure to learn the league and members of its front office.

Jamila Wideman, the NBA’s senior vice president of player development, said in a statement: “The NBA Player Development group has long supported former players in their transition to post-playing careers through a number of programs, and the League Office Fellowship was specifically designed to further develop Isaiah’s unique talents and experiences while giving him a foundational knowledge of the business of basketball. Isaiah has been a member of the NBA family for many years, and we continue to be inspired by his resilience and determination. We are committed to his growth as the first league office fellow and will continue to support him as he takes this next step in his professional journey.”

The journey includes learning the league’s organizational structure, brainstorming innovative ways to engage players in campaigns and working to land a job after the fellowship ends.

“I’ve actually just really been enjoying the ride, trying to be a sponge and absorb as much information as I can and just learn the business side of basketball,” he said.

Austin said his role involves helping players identify their passions off the court and offering support to pursue them.

Austin is figuring out some dreams of his own: “My dream job? I don’t know. I feel like that’s the reason why I’m going through the fellowship, is to try to help pave in which direction I want to go in my career. I know I love the game of basketball. I know that I want to be around it forever, because it’s given me so much.”

Omicron isn’t Biden’s fault, but the right is going to try to make us think it is

Omicron isn’t Biden’s fault, but the right is going to try...