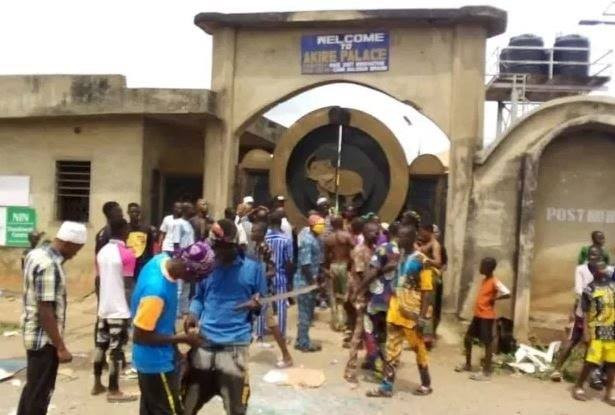 Some irate youths on Monday October 26, stormed the Akire of Ikire palace in Irewole Local Government Area of Osun state and attempted to chase out Oba Olatunde Falabi following the legitimacy crisis rocking the comminuty.

It was gathered that the legal tussle for the stool erupted after the death of the late Akire, Oba Oseni Oyegunle on August 5, 1987. Oba Falabi was installed on May 8, 1993 but he was challenged by the Aketula ruling house, which according to legal advice from the Court of Appeal, Ibadan, is entitled to the throne. 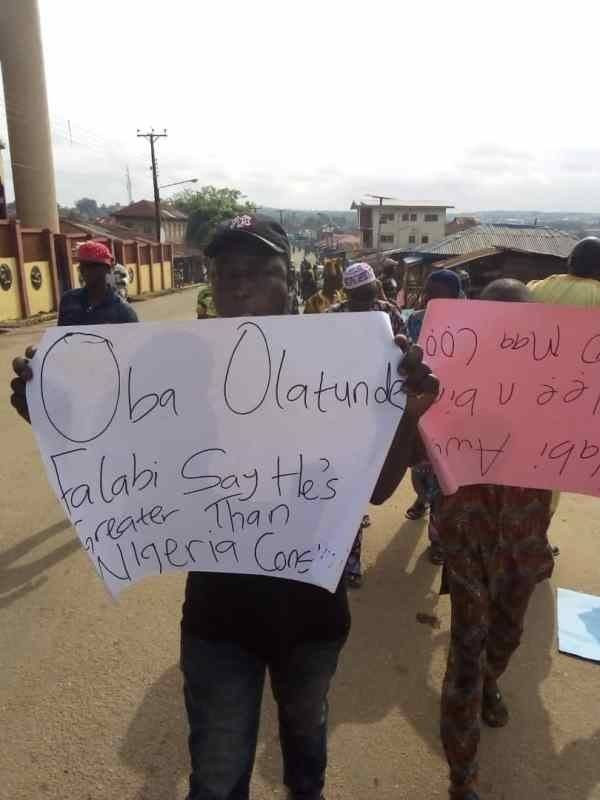 The matter went up to the Supreme Court which recognised that the Aketula house should produce the next monarch. Subsequently, Oba Falabi approached the State High Court. On June 2020, the court ruled against his stay on the throne. In his ruling, Justice Abdulrasak Abdulkareem dismissed all relief sought by the counsel to the mornarch.

Youths in the early hours of Monday morning, October 26, stormed the palace, chased security men at the entrance and entered into the building.

According to the Chairman, Irewole local government, Prince Remilekun Abass, the angry mob repelled the soldiers who initially arrived the scene to put the situation under control.

“As soon as the military vehicle appeared, the mob was pelting stones at the vehicle without allowing the personnel to alight from the vehicle. Their action eventually forced the soldiers to request for re-enforcement,” he said.

“A few minutes later, another set of soldiers arrived and chased the mob from the palace and escorted the monarch out of the place to a safe abode. No casualty has been reported while soldiers and other security personnel have taken over streets in the town and normalcy restored in the community.” he added.

Confirming the incident, spokesperson for the State Police Command, Yemisi Opalola said security personnel have evacuated the monarch from the palace and policemen stationed at the palace.

She said though gunshot was fired at the Armoured Personnel Carrier stationed at the scene, but no casualty was recorded and claimed that normalcy has returned to the town.