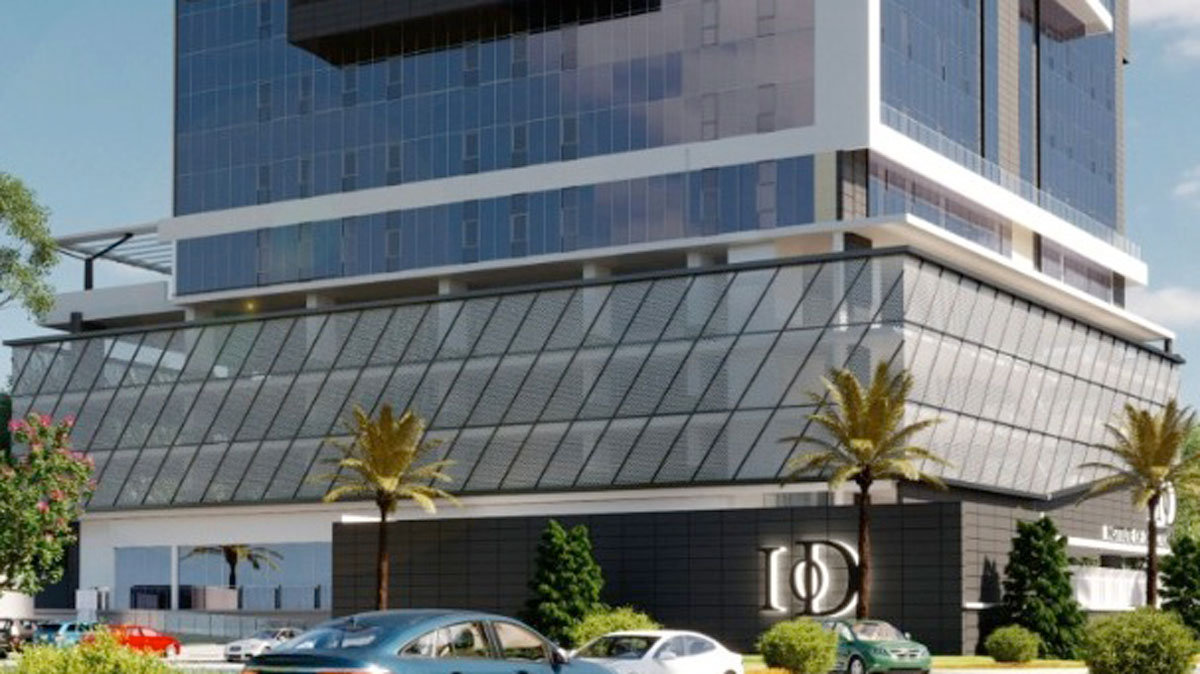 An illustration of the proposed IOD House, Ikoyi, Lagos

Determined to build a befitting edifice, the Institute of Directors (IoD Nigeria) has begun construction of its 15-floor headquarters in Lagos, which will be completed in 36 months.

Christened loD House, the iconic project is to be constructed on Temple Road, lkoyi as a mixed-used development, comprising residential and office space.

Situated on a land area of 3,237.716 square meters and a floor area of 3,340.40 sqm, seven floors would offer luxurious residential apartments of three and four bedroom apartments, studio apartments and two penthouses.

Another three floors have been dedicated for commercial activities. The edifice also boast of green credentials and car park of about 151 spaces and a recreational floor.

Speaking during the groundbreaking ceremony of the project in Lagos, IoD Nigeria President, Chris Okunowo, said the project is a climax of many years of dreams and aspiration of current and past leaders, fellows and members of the institute, who had sacrificed and committed personal as well as corporate resources to its realisation.

Okunowo said: “The institute started from our former headquarters at 54 Glover Road, Ikoyi, where we had made plans to erect a modest eight-storey building. This was before we received an offer of a land swap, which unfortunately took us on a journey of almost four years before the final decision to settle for this property in Ikoyi, where the IoD House finally berthed.”

“Our governing council approved the new IoD House design as a 15-floor commercial property, which was expected to host only offices and business concerns. However, we had to rethink our strategy last year.”

On funding for the project, he said the institute has introduced a levy of N150, 000 for all members of the institute, stressing that the IoD House Committee, has adopted other financing methods. These, he said include, donations, equity and loan.

The IoD House is being designed by the architectural firm – Inter-state Architects while the structural engineering work would be handled by MOA consultant.

Okunowo said the institute has satisfied all the necessary and statutory procedures with the Lagos State Government to begin the construction.

He lauded the support of Governor Babajide Sanwo-Olu and the state’s Commissioner for Physical Planning and Urban Development, Dr. Idris Salako, for assisting the institute in the registration process.

“On the face value, it looks like a tall dream but surmountable with the support of members. The Committee would be offering the various residential flats available for off-plan sales, at highly subsidised rates, when compared with similar developments in Ikoyi.

“We will also be seeking donation by asking individuals and corporate organisations to sponsor key public areas such as meeting rooms, library, and training rooms, which can be named after individuals, organisation and foundations,” he said.

The Chairman Infrastructural Committee, Mr. Ernest Obi, said the project signifies one of the most crucial moments in the annals of history of the IoD.

He appreciated members for their suggestions, collaborative efforts, input and constructive feedback, stressing that the project would be a landmark development in national and international real estate sector.

Obi implored members to contribute generously towards the completion of the project in record time.

The Chief Executive Officer, Interstate Architects, Olusegun Ladegan, assured that the project design was done with high sense of flexibility in accordance with the changing times, fostered by the advent of COVID-19 pandemic.

Ladegan stated that the design incorporates tradition and state of the art green solutions to meet international standards. He said the design meets all the stringent planning regulations of the government.

“The building would be energy efficient and attains green certification process for a responsible environmental sensitive organization. It is a project where you could work and play. We will work the journey with IoD to complete the project,” he said.