Home National Insecurity: Nigeria would have collapsed if not for Buhari and his military...
Facebook
Twitter
WhatsApp
Telegram
Email 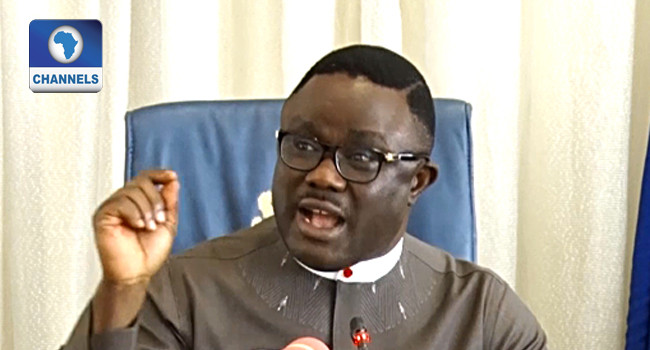 Governor Ben Ayade of Cross Rivers State has commended President Buhari for his efforts towards fighting insecurity in Nigeria, saying the country would have collapsed if not for his drive.

The governor said this on Channels Television today Wednesday, January 19. He explained that the President’s military background helped in making that possible.

According to him, there was an international conspiracy against the country, particularly the northern regions.

“Perhaps, if it was not Buhari’s administration with his military background, the country would have collapsed at this stage. People don’t know that because if you have been able to avoid risk, nobody can see it because it was avoided. I think the situation could have been worse.”