INEC National Commissioner for Ondo State, Adekunle Ogunmola while presenting the certificate at the INEC office in Akure reiterated the commitment of the commission to conducting credible elections. 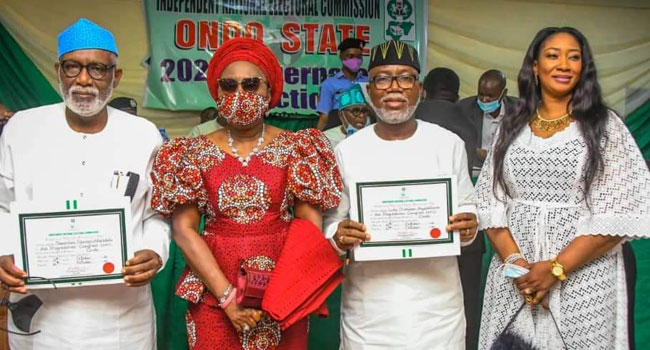 Governor Akeredolu after receiving his certificate commended INEC for the successful conduct of the election.

He said the conduct of the Ondo election is an improvement over the recent Edo Election.

The INEC had on Sunday announced Akeredolu, the candidate of the APC winner of the governorship election, polling 292,830 votes to defeat his closest rival, Eyitayo Jegede of the Peoples Democratic Party (PDP) who had 195,791 votes.