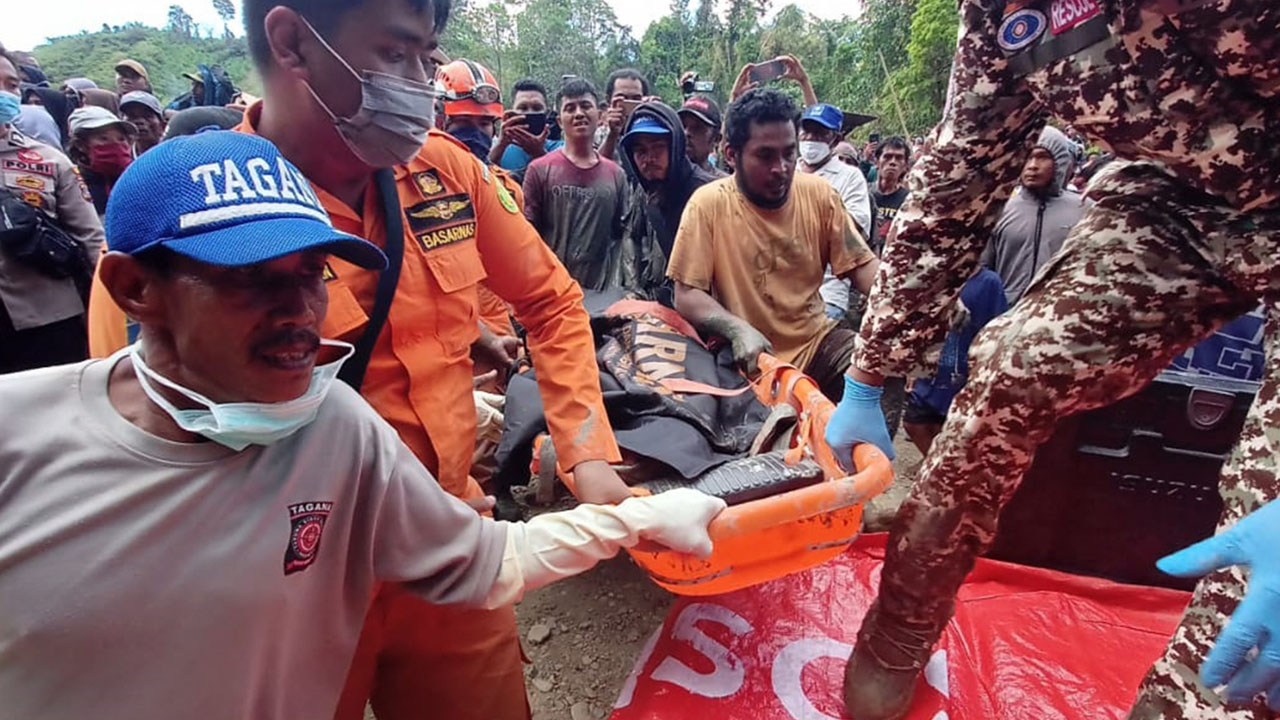 Rescue teams carry the body of a miner after an illegal gold mine collapsed killing at least three people, with more believed to be buried under the rubble, in the village of Buranga in Parigi Moutong Regency, Central Sulawesi on February 25, 2021. (Photo by RIDWAN / AFP)

Rescuers hunted for at least one person still missing Thursday after an illegal gold mine collapse in Indonesia killed six people.

A landslide Wednesday evening buried the remote site on Sulawesi island’s Parigi Moutong district, where five women and one man died while some 16 survivors were pulled from the debris.

At least one person was still missing, authorities said.

Unlicensed mines are common across the mineral-rich Southeast Asian archipelago and the scene of frequent accidents.

Last year, 11 miners died in Sumatra after a landslide sparked by heavy rains, with another nine people also killed in a landslide at an abandoned gold mine on the island.

In 2019, at least 16 people were buried alive when a mine collapsed in North Sulawesi.