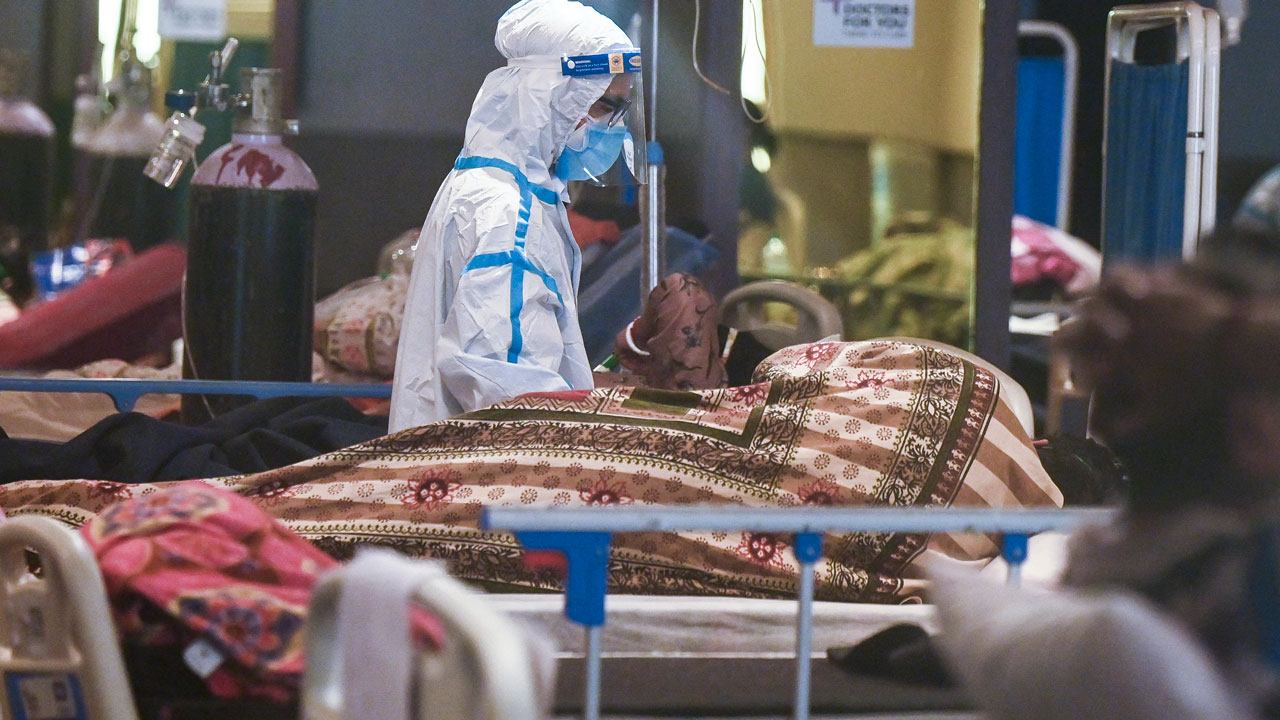 A health worker wearing a personal protective equipment (PPE) suit attends a patient inside a banquet hall temporarily converted into a Covid-19 coronavirus ward in New Delhi on May 1, 2021. Prakash SINGH / AFP

India recorded on Saturday over 400,000 new Covid cases in 24 hours for the first time, the first country to do so in the pandemic, official data showed.

Many experts suspect that because of insufficient testing and inaccurate recording of cause of death, the real numbers are much higher.

Indian authorities lowered their guard in the early part of the year after infections fell below 10,000 per day, lifting restrictions on most activity.

Mass religious gatherings such as the Kumbh Mela, attracting millions of Hindu pilgrims, and political rallies were allowed to continue even when cases numbers began rising sharply in late March.

In April alone, India recorded around seven million new infections. On a per-capita basis however India’s caseload remains low compared to many other countries.