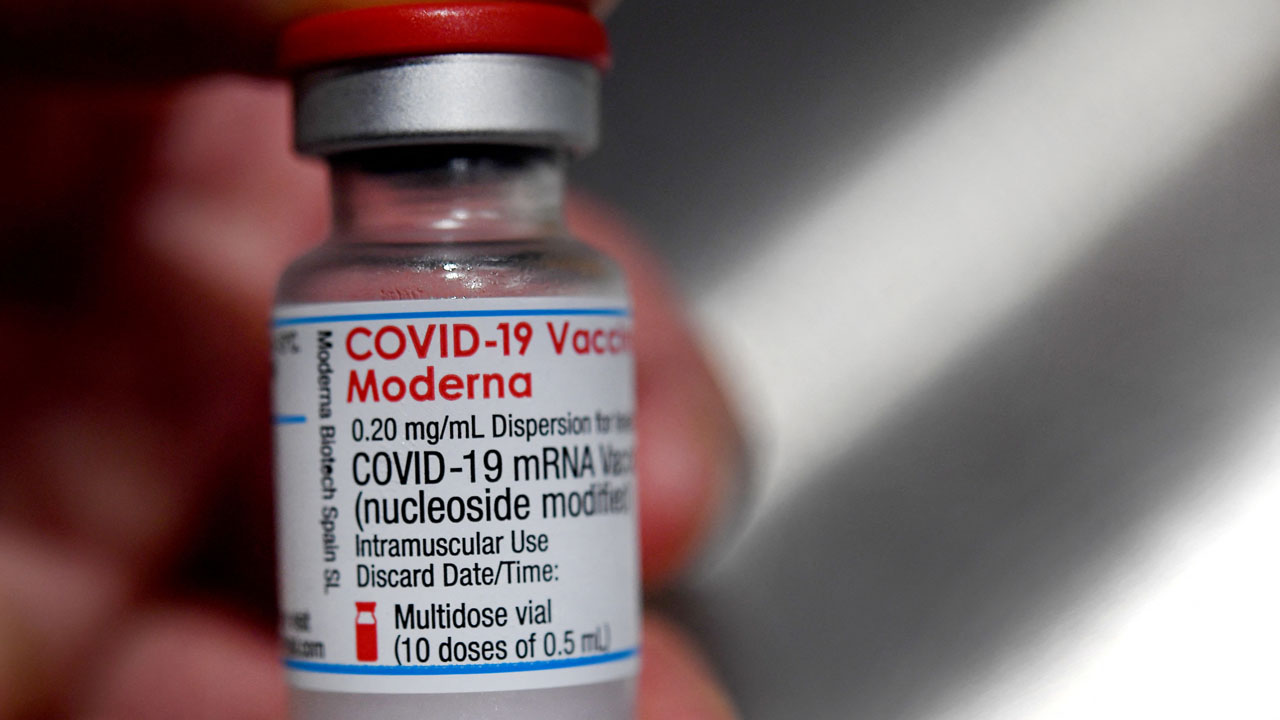 A person holds a vial of Moderna Covid-19 vaccine on June 29, 2021 in Quimper, western France (Photo by Fred TANNEAU / AFP)

India on Tuesday authorised the emergency use of Moderna’s Covid-19 vaccine as it seeks to ramp up its vaccination drive in the wake of a record-breaking surge in infections and deaths.

The vast nation of 1.3 billion people was hit by a massive spike in coronavirus cases in April and May that pushed the healthcare system to breaking point.

Moderna’s shot is the fourth to be approved by New Delhi after Oxford-AstraZeneca’s Covishield and Covaxin, which was developed by Indian firm Bharat Biotech, and Russia’s Sputnik V.

“I am pleased to inform that an application received from Moderna through an Indian partner of theirs, Cipla, has been granted EUA (Emergency Use Authorisation),” a member of government advisory body NITI Aayog, Vinod K. Paul, said at a health ministry briefing.

“Our efforts to invite and to have other internationally developed vaccines, specifically Pfizer and J&J (Johnson & Johnson), also continue.”

Paul added that the approval would pave the way for other foreign-made vaccines to be imported into India.

A small number of Sputnik V shots have imported into India after the drug was granted approval in mid-April, but the majority are expected to be manufactured within the country, like Covishield and Covaxin.

India said two months ago that it would fast-track the approval of vaccines manufactured outside the country that have already been granted emergency use authorisation by major regulators such as the US Food and Drug Administration.

The government had been under pressure to speed up its flagging inoculation drive by allowing the import of foreign-made vaccines such as mRNA vaccines Pfizer and Moderna.

Nearly 327 million doses have been administered since the mass vaccination programme kicked off in mid-January.

But just six percent of India’s adult population — or 57 million people — have received both doses of a two-shot regime.

India is the world’s second-most infected nation with more than 30 million cases and nearly 398,000 deaths.

Is January 6 A Love Fest Or A Slug Fest? Asks Wumi Akintide